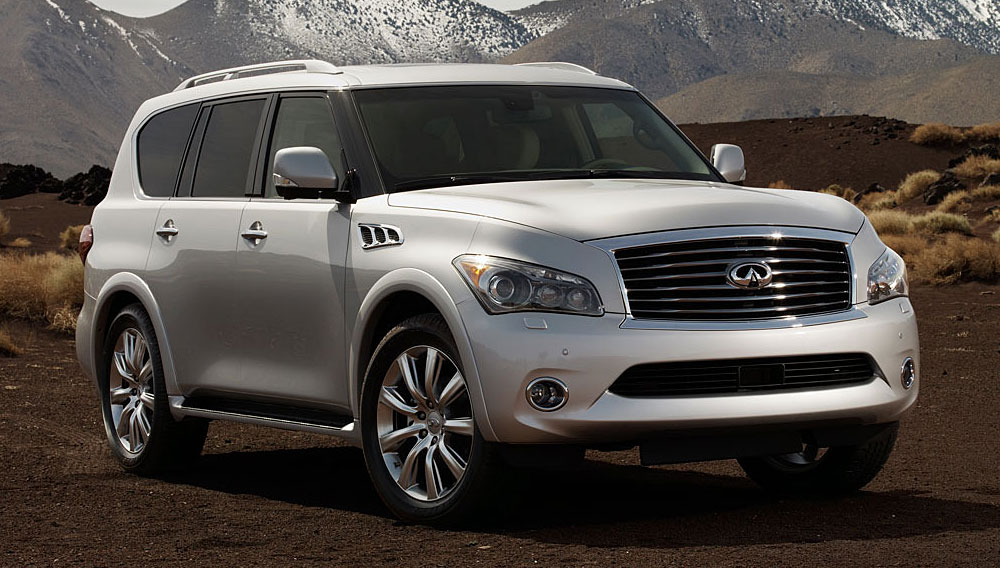 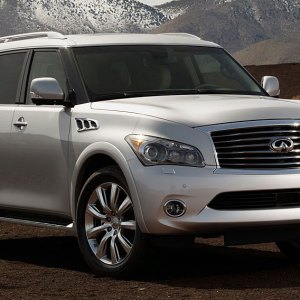 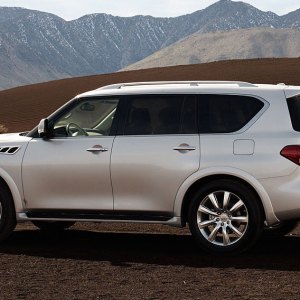 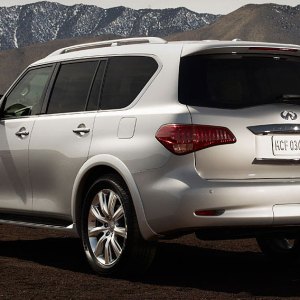 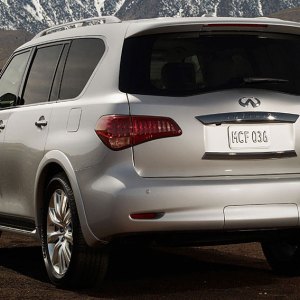 Progress: It’s a beautiful thing. To wit, the all-new 2011 Infiniti QX56 is larger, quieter, and more sumptuous than its predecessor. Its engine is 25 percent more powerful yet delivers 10 percent better fuel economy. And (though it may be a contentious observation), it’s dramatically prettier. The third iteration of this grandest Infiniti is roughly the same size as the outgoing model, but it eschews that SUV’s hard lines and aggressive angles for some sensuous new curves.

Available in rear- and four-wheel-drive models, the new QX employs a 5.6-liter V-8 with direct fuel injection for enhanced responsiveness and fuel efficiency. The engine is good for a smooth 400 horsepower (up 80 from last year) and 413 foot-pounds of torque (up 20). Matched to a new seven-speed automatic transmission, it allows the big Infiniti to tow an impressive 8,500 pounds and return a very acceptable 20 miles per gallon on the interstate.

The QX no longer shares its architecture with the rough-around-the-edges Nissan Armada SUV and Titan pickup. It’s now derived from Nissan’s global Patrol platform, a change that helps trim curb weight by about 160 pounds and improve stiffness by a significant 26 percent.

Infiniti claims the cabin of a business jet inspired the QX’s lavish interior, which is awash in finely stitched leather and polished veneer and brightened by an artful smattering of chrome accents. Ample front seats are heated and cooled, second-row captain’s chairs are heated, and a third-row bench seat (accessed by stepping past clever power-folding second-row seats) offer power reclining seat backs.

Naturally, the new QX is packed to its roof rails with advanced technology, including Infiniti’s dazzling Around View Monitor, which merges video feeds from five external cameras into one 360-degree image. And the $5,800 deluxe touring package includes the highly effective Hydraulic Body Motion Control System. Using front and rear reservoirs that push fluid to the left or rear wheels in response to cornering forces, the system effectively mitigates the kind of wallowing that is typical of large SUVs.

Despite all this change, there’s one aspect of Infiniti’s flagship that hasn’t evolved a bit: the pricing, which hasn’t budged from last year. It starts at $56,700 for the 2WD model and $59,800 for the 4WD model. The 2011 QX56 rolls into Infiniti showrooms this summer. (www.infiniti.com)