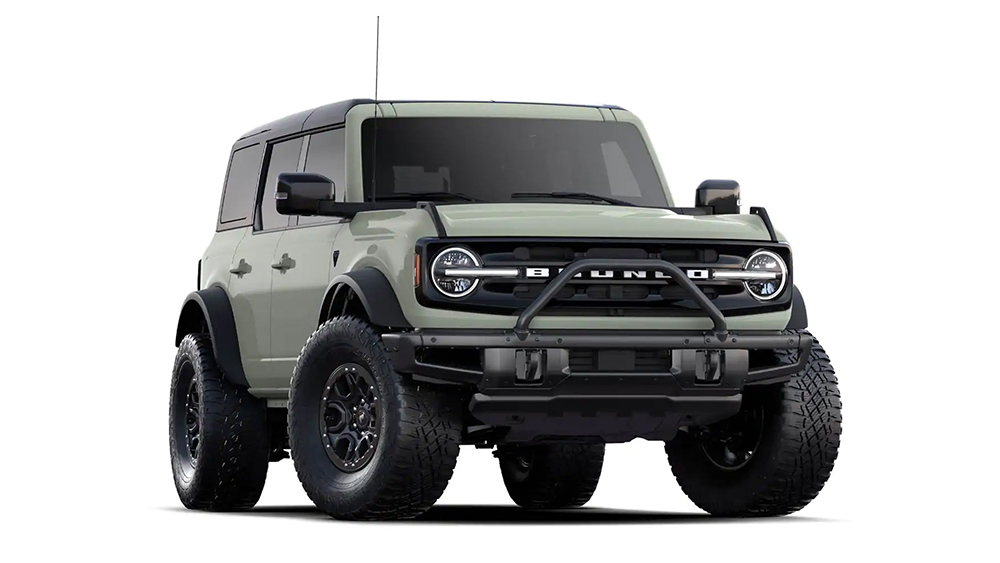 Ford fans are going bucking mad for the new Bronco. Within just hours of the off-roader’s debut on Monday, all 3,500 reservations for the First Edition had been claimed.

The range-topper was listed on the marque’s site at 8 pm EST, and as of Tuesday morning a banner had appeared proclaiming “Reservations Full.” A spokesperson for the automaker confirmed to Robb Report that the SUV sold out in less than 24 hours. The 2021 Ford Bronco launched with a total of seven different models, and as of writing the remaining six are still available for preorder.

Designed to appeal to the top-tier Blue Oval buyers, the First Edition comes fully loaded and combines all the best parts of the Bronco series. Of course, it has a price tag to match. The brute starts at $59,305 and is nearly double the base Brono’s price. Still, reserving the ride only required a refundable $100 deposit, which may explain why they were snapped up so quickly.

An automotive amalgamation, the First Edition features all of the tough-as-nails parts from the Badlands, including modular bumpers, bash plates, an advanced automatic 4×4, high clearance suspension and more, along with the Wildtrak’s aggressive exterior, which includes a blacked-out hardtop and grille and black wheels. Inside, it has the Outer Banks’ luxurious interior and features heated leather seats, rubberized flooring, full carpets and a 12-inch LCD screen. It really brings together the best of the Bronco world.

If you’re sad you missed out of the $60,000 Bronco, don’t fret. Some buyers may decide to switch trims or cancel the reservation altogether, especially since the deposits are fully refundable. Be ready to pounce.