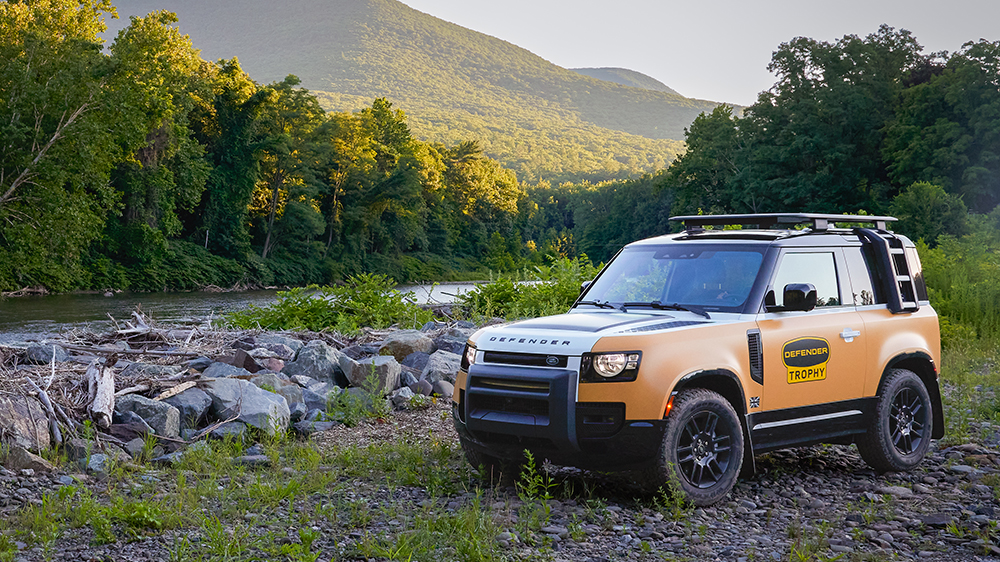 The British automaker has just unveiled a North American-exclusive version of the Defender 90 P400 X-Dynamic SE called the Trophy Edition. The special 4×4 features a number of off-roading upgrades and comes with an invite to an adventure competition that will be held later this fall.

Land Rover’s latest Trophy Edition model is inspired by the beloved Camel Trophy off-road competition, that was sometimes called the “Olympics of 4×4,” held annually between 1980 and 2000. Like past editions—last year’s model was based on the Defender 110—it features the iconic yellow and white racing livery associated with the competition. With the exception of the heritage-inspired wrap, special badging and all-black wheels, the vehicle looks just like the standard Defender 90. There’s nothing wrong with that, of course. The two-door version of the reborn 4×4 is one of the best-looking SUVs currently on the market.

The sporty variant has also been outfitted with a number of off-road upgrades. These include multiple Defender accessory packs (air-suspension, cold climate pack, off-road and advanced off-road capability) and a tow hitch receiver. It’s also got a slew of other add-ons like an electronic winch, expedition roof rack and deployable ladder. The powertrain has been left untouched—a 3.0-liter inline six mated to an automatic gearbox—but this is basically a fully loaded Defender 90.

The Defender Trophy Edition is more than just an SUV, though. The 4×4 is limited to just 250 examples, each of which comes with an invitation to compete in the North American Trophy Competition which will be held at the Land Rover Experience Center in Manchester, Vermont, on October 8. And if you win that, you’ll be invited to compete in another off-road race scheduled to take place in the UK sometime next year.

The 2023 Defender Trophy Edition will cost $95,000, which is $25,000 more than the standard version of the off-roader. The vehicle is set to go on sale later this month, but you won’t want to waste any time if you’re interested. After all, the competition is a little less than three months away.