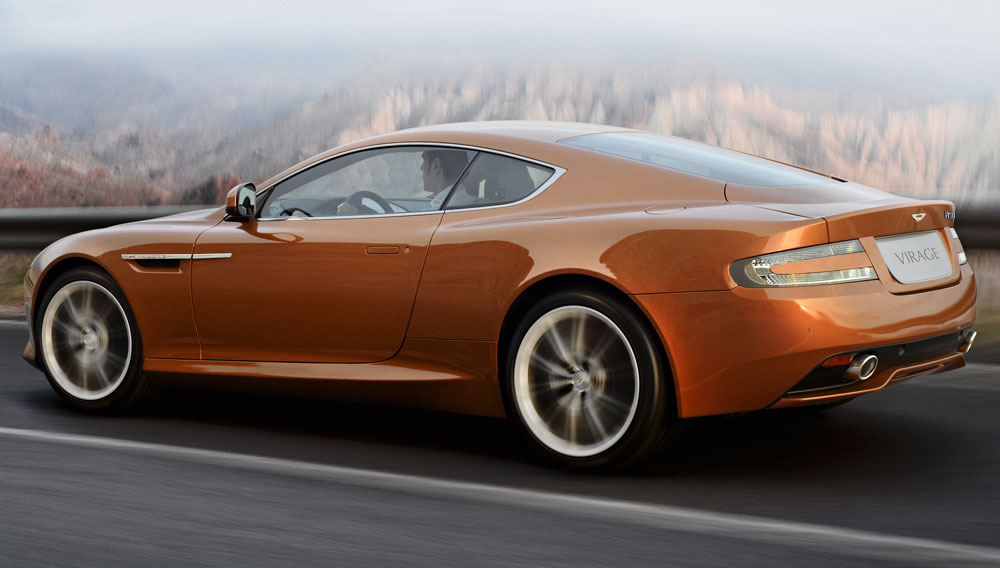 Aston Martin has done a remarkable job designing each and every one of its cars in a way that appeals to both the style-minded and performance-obsessed buyer. For some, however, the body lines and badge letters begin to blur somewhere between the DB9 and DBS models, to a degree in which it is almost impossible for a prospective buyer to distinguish between the two.  Now, to fill the gap between the 470 hp DB9 and the 510 hp DBS, the British automaker adds yet another model to its ever-growing family of vehicles: the Virage.

Equipped with the same 6-liter V-12 engine as its DB-designated counterparts, the Virage fits perfectly in between the DB9 and DBS models—producing 490 hp. The Virage, however, is not about splitting the difference between the two DB models; it is about finding that perfect balance between a hard-edged sports car and a big-engine tourer.

Weighing in at just under 4,000 pounds, the Virage may not be as lithe or nimble as a true sports car, but it still manages to sprint to 60 mph in under 4.5 seconds and carry on to a top speed of 186 mph. Despite these performance credentials, drivers will notice that the car is well mannered enough to keep tea from spilling all over your passenger’s lap—or even worse, the dash. This smooth ride is due in large part to Aston Martin’s VH architecture—the basis for cars like the DBS and Rapide—on which the British automaker continues to build each model better than the one that came before.

At $209,995, the Virage comes dangerously close to the performance credentials of the DBS coupe, while keeping much of the touring character of the DB9. To say that the Virage is the best of both worlds may be a stretch, but it certainly has its place in the British automaker’s stable. (www.astonmartin.com)