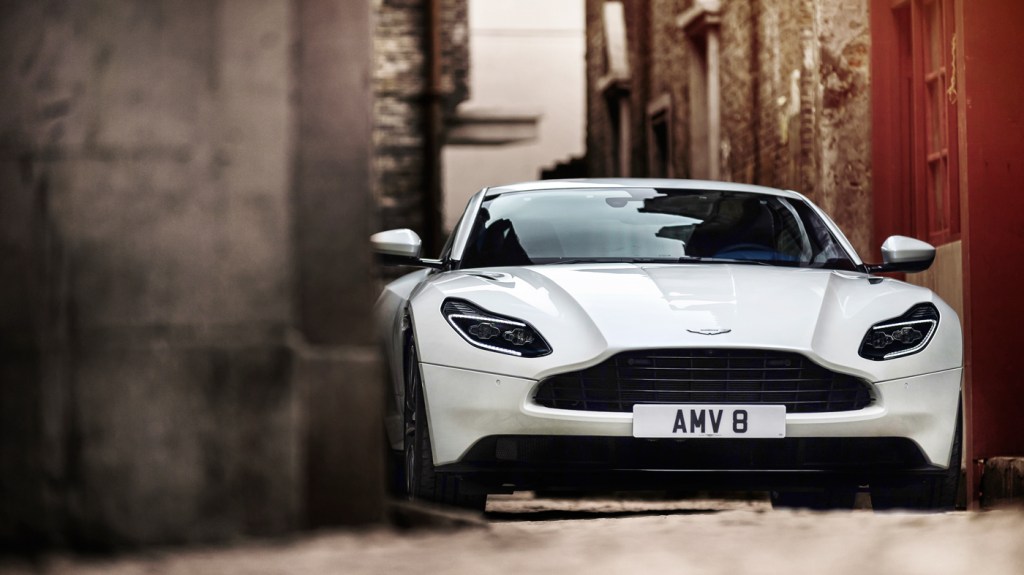 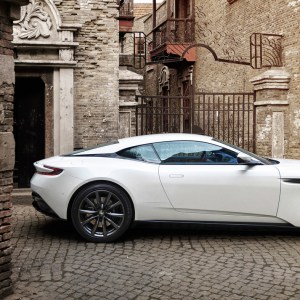 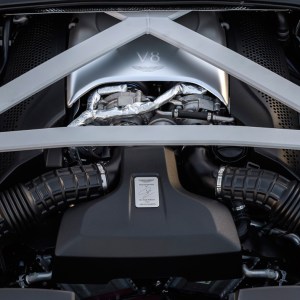 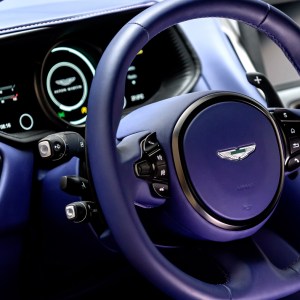 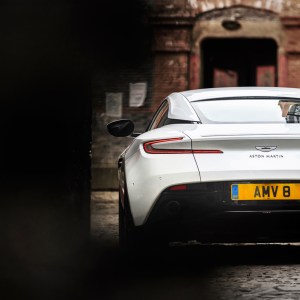 The long-awaited DB11 hit the Aston Martin lineup like a Hollywood heartthrob arriving on the red carpet. The clean sheet grand tourer delivered a dramatic reinterpretation of the British brand’s core values, linking the best of its luxe roots with an unapologetically contemporary design treatment.

But perhaps more crucial to enthusiasts, the original DB11 squeezes a V12 into its engine bay, adhering to the manufacturer’s tradition of supernumerary cylinder counts and silky smooth propulsion. The power plant is smaller than its predecessor and introduces turbocharging, but the choice nonetheless is a direct appeasement to a core group of loyalists who view engines like watch complications, drawn to the refinement and rarity of 12-cylinder mills.

Now that Aston Martin has put loyalists at ease, they’ve released a V8-powered version of the DB11. In spite of the diminished cylinder count, our time behind the wheel revealed some pleasant surprises. For starters, the 4-liter twin-turbocharged engine—sourced from Mercedes-AMG—still packs a wallop, delivering 503 hp and 513 ft lbs of torque. While the power plant’s modifications for this application include acoustic tuning in order to diminish some of AMG’s signature low-frequency burble, it still sounds like a departure from the famously sweet-sounding wail of Aston’s previous, naturally aspirated engines.

The good news, however, lies in the V8’s functional benefits, among them copious torque, which is only ft lbs below the V12’s. The V8 lags by 97 hp behind the 12-cylinder, but it’s also a considerable 253 pounds lighter, with weight distribution that’s now biased towards the rear (reversing the prior 51/49 front-to-rear spread to 49/51). As such, the V8 records the sprint to 60 mph in 4 seconds flat, only a tenth of a second off its V12-powered stablemate. And top speed is an entirely respectable 187 mph.

The DB11 V8’s subtle exterior modifications include the removal of hood vents and the addition of a dark anodized front grille. Climb inside and the V8’s appointments are essentially identical to its V12 sibling, wrapping occupants in seven hides of supple leather finished with novel embellishments that showcase quilting, perforating, and brogueing techniques similar to detailing found on fine men’s shoes.

While Mercedes-Benz’s COMAND-based multimedia interface is a welcome addition to Aston Martin’s opulent interior (yet another benefit of the brand’s technical association with Daimler), ergonomic oddities have not been entirely eliminated, among them a touch-sensitive panel prone to accidental activation and challenging rearward visibility. Despite the imperfections, the DB11’s interior space is finished with gorgeously tactile trim along virtually every panel, from the leather-swathed A-pillar and headliner to the insides of the door grabs (which are upholstered in buttery Alcantara).

The V8 fires up with incrementally less aural drama than the V12, but the lighter model makes a compelling case for itself dynamically, swooshing forward with disarming speed and smoothness. Improvements to the aluminum paddle mechanism include a shorter throw and cleaner movements, and the 8-speed transmission responds with quick, seamless shifts. Turning also comes easier since weight has been alleviated from the front end, helping the DB11 change direction more directly and intuitively.

The nearly two-ton car still feels more like a grand tourer rather than an agile canyon carver, but the reduced mass, refinements to the suspension tuning, and better balanced weight distribution help shrink the DB11’s perceived footprint. Also reassuring are the brakes, which have been revised to offer more consistent pedal feel and outstanding stopping power.

As a whole the DB11 V8 is cohesive, connected and compelling, delivering a dynamically satisfying package without sacrificing the V12 model’s bewitching design details. True drivers will care less about the $17,500 in savings and focus more on the V8’s livelier, more agile road manners and the ability to ravage a vanishing point with startling alacrity. And if the DB11 is still not edgy enough for hardcore enthusiasts, rest assured, the upcoming Vantage model will offer an even sharper-edged weapon for tackling canyons and tearing up backroads.