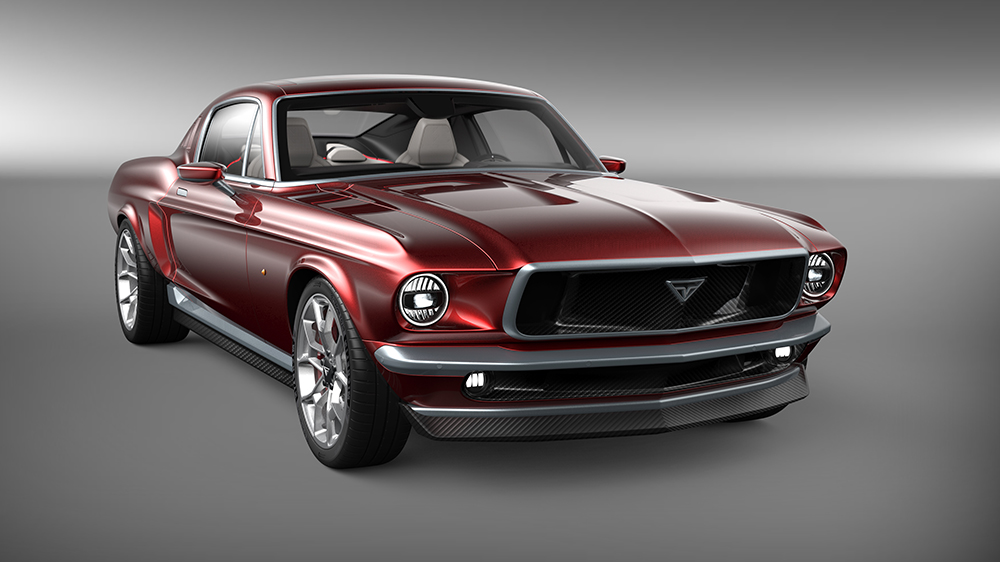 As intriguing as the Ford Mustang Mach-E may be, it has a fatal flaw, if you’re a ‘Stang traditionalist: It’s not a muscle car. Instead, the first fully electric version of the iconic nameplate is a crossover SUV. Fortunately, Aviar Motors has something in store who expect traditional looks to accompany their eco-friendly powertrains.

The Russian-based company is currently hard at work on the R67, a fully electric muscle car based on the classic Mustang fastback, according to Motor1. But the custom EV’s retro-inspired design isn’t the only reason for excitement, as the unofficial speedster will also be built atop Tesla’s industry-leading Model S platform.

Of course, the R67’s exterior is the vehicle’s showstopper. Renderings show the car’s brawny, carbon-fiber body to be primarily inspired by the 1967 Mustang fastback. Anyone with even a passing familiarity with the classic muscle car will notice the pleasing lines, the memorable silhouette and the iconic grille, though the galloping horse badge has been replaced by one that displays the Aviar logo. Inside the car, you’ll find a modern leather-covered interior with a distinct retro-futurist vibe. All in all, it’s a beautiful looking vehicle inside and out.

What’s under the EV’s hood may be just as impressive. The Tesla platform gives the R67 all the electrical components, motors and gearbox you’d find in the Model S. Though still in the prototype stage, Aviar claims on its website that the car’s two motors, which get their power from a 100kWh battery, are capable of churning out a staggering 840 horses. All this power has been put too good use, too, as the company says the car can go from zero to 62 mph in just 2.2 seconds and reach a top speed of 155 mph. The R67’d range is nothing to dismiss either, as Aviar claims it will go 315 miles on single charge. These numbers are almost almost certainly optimistic, but if the vehicle can even get close, it will be one mighty impressive EV.

No release date has been announced for the R67. And for those who can’t wait, there are other electrified Mustang options out there. In addition to Ford’s officially sanctioned crossover, there’s a 536 hp option from Charge Cars that is currently available for reservation. Still, if the thought of more than 800 horses has your tongue wagging, you’ll probably want to wait.