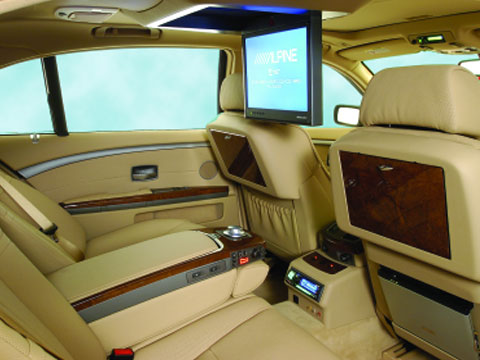 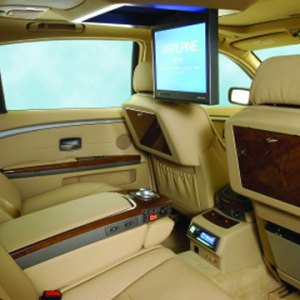 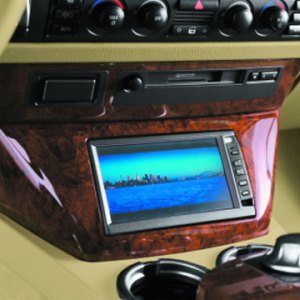 The openings in the Washington lawyer’s appointment book were becoming increasingly scarce. Meetings piled up, cases kept coming, and the workdays stretched into the evenings. Realizing that to keep pace with his business, he needed to become productive while being shuttled to and from meetings, the lawyer decided to purchase an executive sedan—and have it transformed into a mobile office.

He discovered AI Design, a Tuckahoe, N.Y., company that installs mobile offices, redesigns interiors, increases the performance of stock cars, and specializes in upgrading SUVs. After consulting with AI, the lawyer settled on a BMW 745Li to serve as his four-wheeled office. The lawyer liked the sedan’s styling, and he recognized that its backseat offered an additional three inches of shoulder room and legroom compared with the Mercedes-Benz S-Class.

However, Matt Figliola, owner of AI Design, had heard horror stories about the tech-heavy 7 Series. Batteries had died. Computers had failed. The iDrive displays blanked out. “Look at this,” says Figliola, pulling out a phone book–thick technical manual for the car. “I can read this and understand this, but some of this stuff is crazy.”

Nevertheless, AI Design took on the $50,000 project. AI’s technicians dismantled the 745Li’s interior to access the diagnostics and electronic systems. Then they installed a docking station where the owner could plug in his laptop, and a 15-inch monitor that drops from the cabin’s ceiling. AI built a center console to house a DVD player, a satellite navigation system, an XM satellite radio, and a phone. After installing all of the components, AI upgraded the interior with custom leathers and woods that were sculpted on site at its facility.

At every step of each project, AI tracks its progress on a schematic diagram. Taped to the side of the car, the display includes detailed notes on every addition and alteration. This proved especially helpful with the 745Li, given the technological complexity of the stock model. “If a car has problems and you’re in Kansas,” says Figliola, “we can troubleshoot over the phone with your mechanic by looking at the schematic.”

The 745Li project was completed in six weeks. Last October, the lawyer took delivery of his new sedan, and has since been riding in the back every day, hustling to meetings and staying on top of his work. “The mobile office phenomenon,” predicts Figliola, “will continue to grow.”