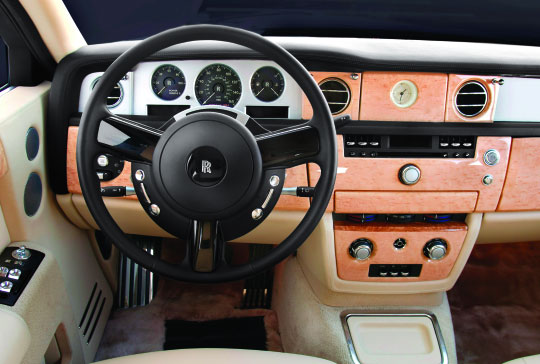 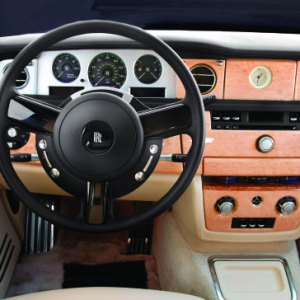 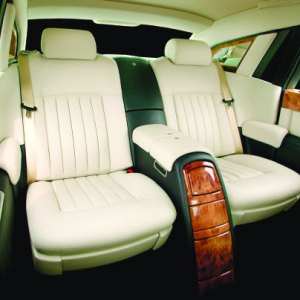 The new Phantom is the most controversial and anticipated Rolls-Royce ever introduced, and it is easy to understand why. The reputation of new owner BMW and its precious acquisition—the brand name synonymous with the best car in the world—are at stake.

The challenges Rolls-Royce faced with the later Crewe-built automobiles have been well documented, and BMW addressed these concerns by beginning with a clean slate. In a mere five years, BMW designed an entirely new car and built and staffed a manufacturing plant in Goodwood.

The $300,000 Phantom vies for supremacy in the rarefied upper reaches of the luxury sedan segment, a niche occupied today by more viable offerings than ever before. At the bottom end of this market segment are cars as diverse as the BMW M5 and the soon-to-arrive Audi A8; the middle of the pack includes the Mercedes-Benz S600 and the BMW 760Li; and at the top of the heap are the Bentley Arnage T and the much-trumpeted Mercedes Maybach.

But none of these is a Rolls-Royce. Maybach, while perhaps the most flawless car by any standards, remains a Mercedes-Benz, and Bentley awaits a complete redesign under the capable—and sometimes heavy—hand of parent Volkswagen. Rolls-Royce engineers have availed themselves of BMW research and development resources, but this Phantom is resolute in its Britishness—without the quirks of its predecessors—and the result is magical.

Chief designer Ian Cameron has accorded great respect to the Phantom’s historical forebears without resorting to hackneyed retro-styling cues. Like it or not (and I do), the shape is self-assured and entirely fresh while maintaining the short front overhang, large wheels, and long bonnet that are Rolls-Royce signatures. The coach doors abet ingress to and egress from an interior with the level of finish one would expect in such a car.

Everything about the design is refined but simple—especially the dash—in a way that makes other cars seem cluttered in appearance and function. The car is huge but proportioned, and looks infinitely better on the street than on paper. It cannot be mistaken for any other automobile.

The majority of customers (80 percent) will drive themselves, according to the manufacturer. This is as it should be; those wishing to be chauffeured full-time will be much better served by the Maybach 62. The Phantom is a driver’s car. It handles beautifully on winding roads and is an absolute dream on the highway. Air springs at all four corners soften the ride, but the engineers eliminated the wallow of ear-lier Rolls-Royce models. The ride is supremely comfortable and quiet, and occupants are seated higher than in other cars, with rear-seat passengers higher still. The cabin’s acoustic properties are exemplary, and conversations can be had without raising one’s voice, even from the backseat.

The Phantom is ungodly fast, yet anything but furious. Chief engineer Tim Leverton calls it “waftability,” typical Rolls-Royce performance with-out apparent effort. The V-12 engine, unique to the Phantom, produces huge torque from 1,000 rpm upward. Its increased displacement over the BMW V-12 obviates the need for turbocharging, which is entirely too raucous for this car’s demeanor. The linear 6-speed ZF automatic gearbox acquits itself with shifts as seamless as the engine’s power delivery. Performance enthusiasts will not be disappointed.

The new Rolls-Royce Phantom shatters the stereotypical images associated with past offerings. This is a fresh idea for forward-thinking drivers who are not afraid to make a statement, because make no mistake, this car does draw attention.