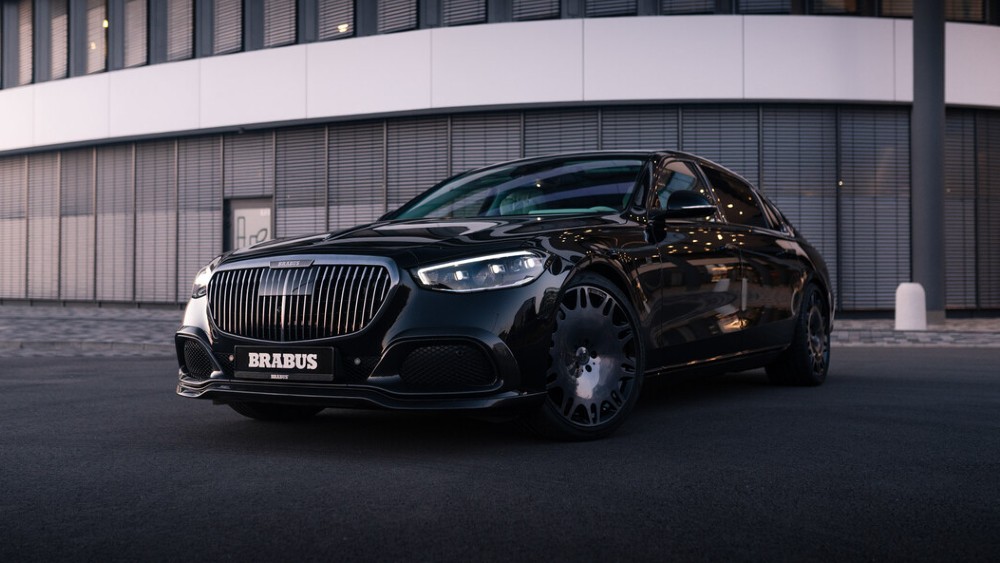 Brabus knows there’s more to upgrading a Mercedes than merely beefing up its performance specs.

The German tuning shop unveiled its latest over-the-top build, the 600, on Wednesday. The commanding saloon is based on the Maybach S-Class and has received a big power boost and a luxurious makeover, both inside and out.

Of course, the 600’s reworked powertrain is mighty impressive. Brabus has taken the S580 4Matic’s already capable twin-turbo V-8 and tuned it so that it now pumps out 600 horses and 590 ft lbs of twist. Those are increases of 104 hp and 74 ft lbs of torque, respectively. Thanks to all that extra oomph the upgraded four-door can rocket from zero-to-62 mph in just 4.5 seconds and hit an electronically limited top speed of 155 mph. In other words, it’s a limo that can put up actual sports car numbers.

Brabus never limits its work to the engine bay, though. It hasn’t reworked the Maybach S-Class’s exterior too much, but the changes give the vehicle a much more sinister air than ever before. The tuner has dressed the vehicle in a body kit that includes carbon-fiber aero elements including a front spoiler, front fascia inserts and a tailor-made rear diffuser with large cutouts for the new sport exhaust. The vehicle’s chrome has also been darkened, Brabus badging applied and it now rides on a set of the shop’s trademark 22-inch Monoblock M “Platinum Edition” forged wheels wrapped in Pirelli P Zero tires.

But the 600’s most eye-catching feature is its interior. The seats are covered in fine leather, just like in the “standard” Maybach S-Class, but what separates them is the color: Turquoise Blue. The visually striking hue isn’t just limited to the seats, either. It’s spread across the entire cabin, including the steering wheel, door panels, floor mats and pedals. You can opt for another color, but why would you? Other premium amenities include a digital gauge cluster, large touchscreen infotainment system, ambient lighting and Brabus badging.

Intrigued? Brabus is taking orders for the 600 now. The shop has yet to announce how much the saloon will cost, but, with all the upgrades, we imagine it’ll end up costing a fair bit north of the Maybach S-Class’s $184,900 starting price.