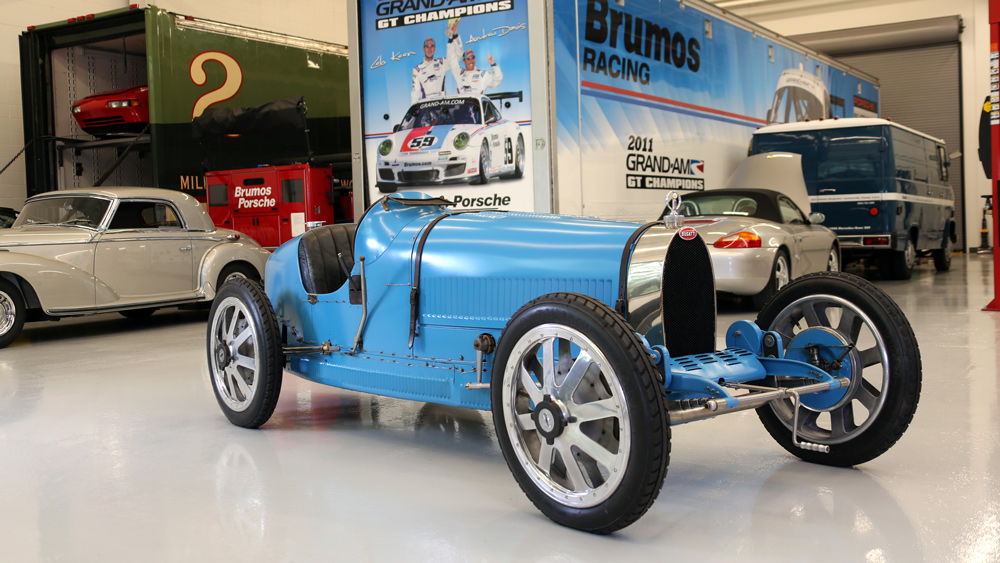 Museums worldwide have faced challenges over the past year when it comes to keeping the public engaged, and most facilities have been relegated to opening virtual doors to online visitors. So, it’s with great anticipation that the Brumos Collection in Jacksonville, Fla., one of the newest automobile museums on the scene, reopens its premises to the public on January 21. That’s a year-and-a-day since the institution debuted in 2020, subsequently closing in response to public health directives due to the pandemic.

With 35,000 square feet in which to display many dozens of significant and historic racing and collector cars, the museum affords an open environment for distanced appreciation of its stable, and finally, car enthusiasts can once again see the collection—in person. Visitors will no doubt appreciate a few of the projects completed during the closure.

To highlight the reopening, two important collector cars are being added to the display floor. The first is a 1925 Bugatti Type 35 (shown above). We recently highlighted the sympathetic restoration of this Bugatti by the Brumos Collection team, led by its executive director Brandon Starks. That car is unusual for its highly original condition, having escaped the travails suffered by race cars of the era, most of which were ridden hard and some not even put away wet—but rather, left to molder in junkyards.

The 11-month recommissioning, which included a full mechanical rebuild of the drivetrain and a period-correct repaint in the car’s original French Racing Blue color, delivers the perfect fanfare for the museum’s reemergence.

Also new to the exhibition space is a 1923 Locomobile Model 48 Series 8 Sportif that looks anything but new. What it does represent is a car in a remarkable state of preservation. Not exactly a household name, Locomobile was a luxury American marque that was in operation from 1899 to 1929.

This example wears the most desirable body style given to the model, and just about everything on the car—from its paint to its black interior upholstery—is absolutely original.

Other early competition cars of merit are a 1914 Peugeot L45, featuring the first dual-overhead camshaft engine, and a 1923 Miller 122 Grand Prix—a jewel of prewar racing.

Of course, the core of the collection is comprised of Porsche competition cars, including Peter Gregg’s last race car, a 1979 Porsche 935. Other highlights are a 1,100 hp 1971 Porsche 917/10 Can-Am racer campaigned by Brumos in the day and the 1970 Porsche 917K (No. 917-024) driven by Steve McQueen in the epic 1971 racing film Le Mans. Reservations and tickets for museum admission are required in advance.