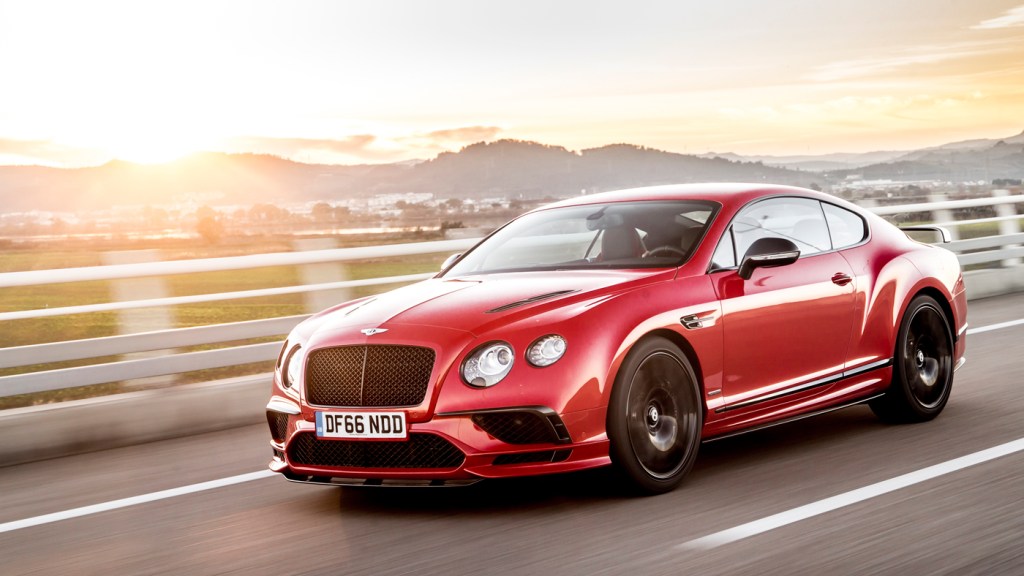 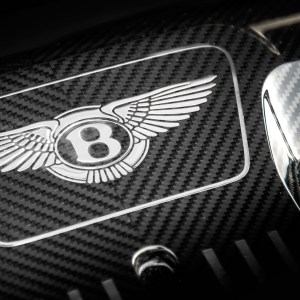 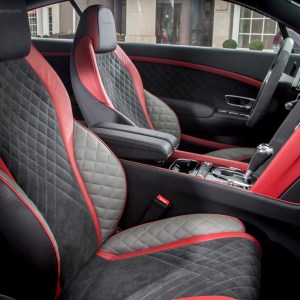 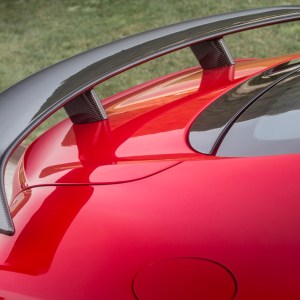 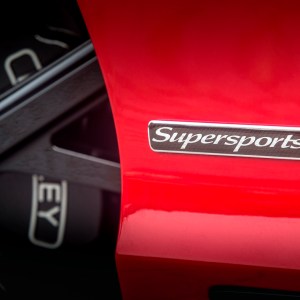 Speed and ease don’t always go hand in hand, but sometimes carmakers go the extra mile to create an exceptional marriage of the two. Case in point: Bentley’s 2017 Continental Supersports, a grand touring coupe that combines genteel manners with track-ready features inherited from its go-fast predecessor, the Continental GT3-R.

Equipped with a twin-turbocharged 12-cylinder engine producing a monumental 700 horsepower and 750 ft lbs of torque, Supersports is Bentley’s quickest, fastest, and most powerful production car yet. The 2.5-ton coupe produces enough locomotive energy to accelerate to 60 mph in 3.4 seconds, and won’t stop accelerating until it reaches 209 mph, earning it the title of the world’s fastest four-seater.

At full tilt the radiator is consuming nearly 1,004 gallons of air every second—enough to fill a shipping container in 10 seconds. Matching the Supersports’s proclivity for forward motion is supreme stopping power, thanks to massive 420mm carbon ceramic brake rotors, which tie those of the mighty Bugatti Chiron as the largest found on any production car in the world.

Our test drive of the Supersports started outside of Lisbon, Portugal with an innocuous route through the country’s picturesque heart. Detecting the deep wells of the 12-cylinder engine’s power supply is easy in almost any of the car’s settings, but the more aggressive side doesn’t emerge until Sport mode is selected. Once that mode is engaged, the road opens up on an appropriately grandiose scale, and the driver builds sufficient confidence with the arsenal under the hood to dispatch a healthy squeeze of the throttle. As the turbochargers spool, the engine slingshots the Supersports ahead via all four wheels, resulting in the fleetest of forward motion as the exhaust emits a deep hum and a hearty crackle.

Contained within the civility of a poshly appointed cabin are accents that include quilted leather paired with an optional new veneer. The finish arranges 12,000 strands of carbon fiber (each ten times thinner than a human hair) into a subtle checkerboard pattern, offering a refreshing alternative to conventional treatments.

Our drive led us to southern Portugal’s Estoril Circuit, where the Supersports tackled territory generally reserved for considerably lighter, nimbler rides. Despite its weight, Supersports proves capable of taking corners in a manner that belies its beluga-like mass. Manipulating a brake vectoring system first seen on the GT3-R, the Supersports’s onboard computers measure variables like steering angle and vehicle velocity in order to apply brakes to individual wheels, which helps the vehicle turn. Bentley isn’t the only manufacturer to use this technology—McLaren and Porsche also use brake vectoring—but the trick is particularly effective in a heavier car. Its agility won’t be confused with a McLaren 720S or Porsche 911 Turbo S, but the Supersports corners rather respectably given its relative heft.

The posh presentation within the Continental Supersports.  Photo: Courtesy Bentley.

Commensurately, its brakes also manage to shrink its perceived size, managing seatbelt-snapping deceleration. The result is disarmingly quick laps around the famously challenging Estoril track, accompanied by the haunting song of the engine’s 12-cylinder howl.

The breadth of the Supersports’s skill set makes it difficult to be pigeonholed as a stately grand tourer or a capable track weapon. But, if forced to choose between the two, it would be more apt to classify this surprisingly quick coupe as a bullet train for the road that just happens to be capable of holding its own on a racetrack.

That unusual intersection of talents makes the Supersports a rare breed in the automotive world and the current king of the Bentley lineup—at least until the next generation Continental GT debuts in 2018. Those seemingly oppositional qualities fly against the face of conventional wisdom while reinforcing the notion that sometimes you can get both what you need, and what you want.