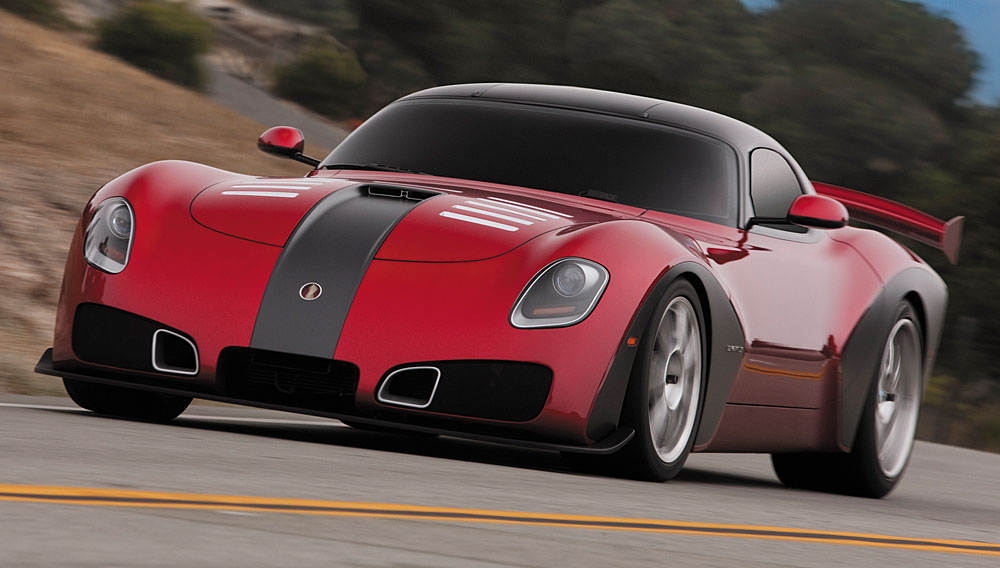 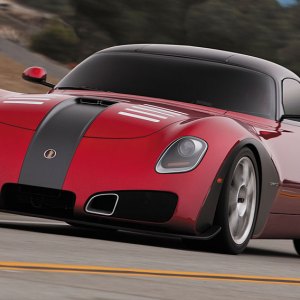 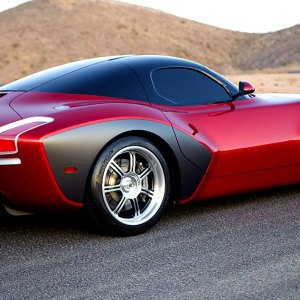 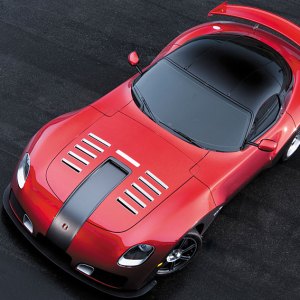 From a speed standpoint, the $91,220 Dodge Viper SRT10 is no slouch: 0 to 60 mph in less than four seconds and a terminal velocity in the vicinity of 200 mph. But despite its world-class performance potential, there’s just no denying that from luxury and technology perspectives, Dodge’s homegrown super car is decidedly minor league.

Enter the Viper-derived Devon GTX coupe, the premier offering from Los Angeles-based upstart sports-car maker Devon Motorworks. Founder and CEO Scott Devon (owner of Michigan-based Cole’s Quality Foods, a maker of frozen garlic bread) created this dramatic two-seater with a hand-picked team of automotive experts that includes former Ford Motor Company stylist Daniel Paulin (upon whose acclaimed VR concept car the shape of the GTX is based), former Ford executive engineer Andy Benedict, and Le Mans 24 Hours winner Justin Bell. “We set out to design a vehicle that was quintessentially American, both in its shape and in its performance,” says Devon. To accomplish that feat, Devon’s team strove to accentuate the positive parts of Dodge’s rough-around-the-edges sports car (a monstrously powerful ten-cylinder engine, a race-ready suspension) and eliminate the negative (down-market materials, generally iffy fit and finish).

Outside, the GTX boasts a single-piece carbon fiber composite superstructure with gull-wing-style doors; it’s stiff and lightweight and surprisingly slippery—aero testing took place under the guidance of Dr. Joseph Katz, professor of experimental aerodynamics at San Diego State University. Inside, driver and passenger sit in leather-trimmed carbon fiber racing seats with five-point racing harnesses (six-point harnesses are available). Traditional analog gauges are replaced by a high-resolution liquid-crystal display and, for those times when a howling-engine soundtrack isn’t quite right, there’s a specially tuned audio system from high-end hi-fi expert McIntosh. Thoroughly revised, the Viper’s 8.4-liter V-10 realizes a leap in output, from 600 horsepower to 650. Devon isn’t taking performance figures, but the GTX has already set a one-lap record for a production car at California’s famed Laguna Seca Raceway.

“The Laguna Seca test session showed us just a glimpse of what the Devon GTX is capable of from a performance perspective,” said Devon. “Through further validation and testing, we know this car is capable of even greater lap times and making an even stronger statement about the future of the American super car.”

The Devon GTX is set to go on sale during the first quarter of 2010. The company plans to handcraft just 36 cars a year, priced at $500,000. An available racing package will add $25,000 to the bottom line. (devonmotorworks.com)