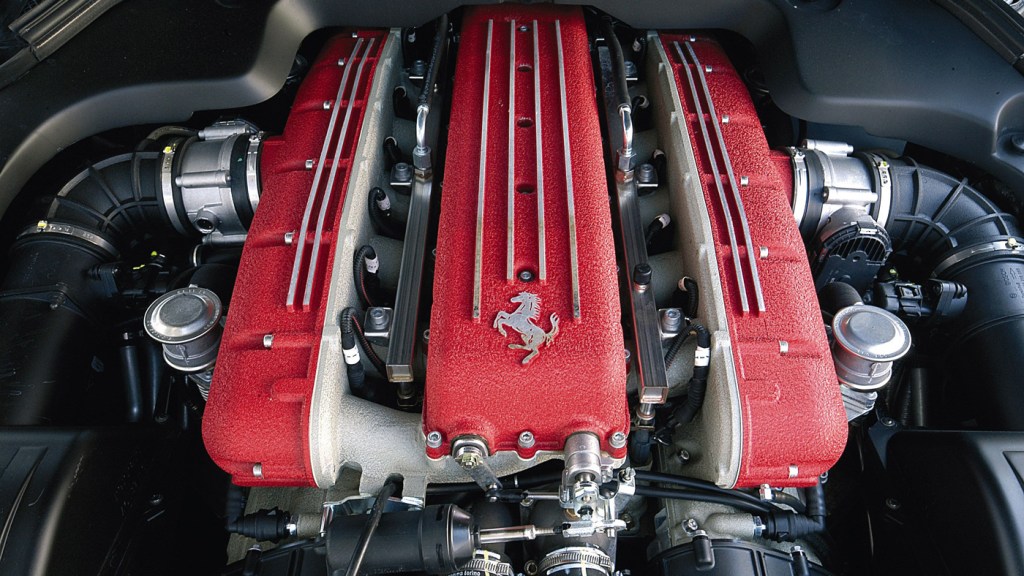 Is the 12-cylinder engine dead? When even Ferrari is downsizing V-12 models like the GTC4Lusso to a twin-turbo V-8, one can be forgiven for thinking that the 12-cylinder is a powerplant of the past.

And we fully understand that it’s awfully hard to justify a dozen pistons these days. For instance, a Mercedes-AMG S65 Coupe with a twin-turbo V-12 has only 44 more horsepower than the V-8-powered S63, and it carries a $71,000 premium. That’s more than $1,600 per additional horse—enough to put a “nay” in your neigh.

But, then, sit in the cockpit of a Ferrari 812 Superfast, a Pagani Huayra, or an Aston Martin DB11, and put a finger to the start button. Then listen to the resulting sound.

That, sir or madam, is the sound of life. The song of a living and breathing entity, the most soulful mechanical invention since the dawn of the Industrial Revolution. That is the melody of a dozen cylinders working in harmony, full of anima and heart and fury.

Even if it’s no longer the obvious choice (or even the most logical), the 12-cylinder lives. You’ll find it on at least eight luxury marques, from BMW to Mercedes and Rolls-Royce; Lamborghini to Aston Martin and Ferrari. (Bentley employs a W-12 rather than the V configuration, but to great effect: Just see the new Continental Supersports.)

A Pagani Huayra rumbles down a road in London.  Photo: REX/Shutterstock

In the days of yore, a 12-cylinder engine was the only surefire way to guarantee power and refinement. They propelled the fighter planes of World War I and II, and motivated early automobiles from Sunbeam to Packard to Cadillac. The Ferrari V-12 was—and is—considered a hallowed Italian treasure, at least equal to anything inside the walls of the Vatican.

In this era, a V-12 is no longer a necessity. All those super- and turbochargers wrangle as much or even more power from smaller, more efficient engines which are lighter and less complicated.

This means that buying a car equipped with a V-12 becomes a matter of choice. You opt in because—just like the best watches—you love the complications. The complexity of the machine connects you to a long and wonderful history, a bridge from one bygone era to today—a little bit of a Supermarine Spitfire fighter lives on in your garage.

It is akin to buying an automobile with a manual transmission. An automatic may be the saner choice, but it isn’t nearly as soulful. And so we reserve a special call-out to Aston Martin, which offered a 2017 Vantage S model with both a V-12 and a manual. (The manual was a dogleg, no less.)

Aston Martin is one of those dear brands that continues to protect and develop the engine. At a recent launch of the new V-8-powered DB11, chief executive officer Andy Palmer acknowledged that the smaller engine, a twin-turbo unit sourced from AMG, would be the volume model. However, he also said that the future of Aston Martin’s self-developed powerplants would be twofold: all-electric motors and gasoline-powered V-12 engines. “The V-12 is simply part of who we are,” he affirmed.

Try to explain the magic of a V-12 to a novice, and you may talk about the limitless torque, the ability to rev into the stratosphere, and the smooth delivery of power. But soon enough you’ll turn to the sound, the defining element which simply can’t be recreated by a trick turbo. While each car model has its own personality, they share a glorious commonality. The smooth, basso profundo rumble at the start is followed by a rise in pitch and decibels as you coax the revs higher and higher. At full tilt, a V-12 produces a howl so sharp that it could cut meat from bone. And with a wide open throttle, a roaring V-12 resonates throughout the entire frame of a vehicle. It’s all around you—even your sternum vibrates like a tuning fork.

The four-seat Ferrari 612 Scaglietti, a Prancing Horse put out to pasture in 2010.  Photo: Magic Car Pics/REX/Shutterstock

I’ve driven hundreds of sports cars in my career, and yet I can still remember most of my V-12s. The Lamborghini Miura through southern Italy; the Aston Martin DB9 from San Francisco to Monterey. The Ferrari 612 Scaglietti certainly wasn’t the most beloved of the V-12s, but it was my first front-engine Ferrari, and therefore memorable indeed.

And, not so long ago, that $247,000 Mercedes-AMG S65 Coupe. I was in the New Mexican desert, late at night, tearing down a lonely road under a star-speckled night sky. The 6-liter, twin-turbo V-12 was at full cry, and I had every window open so I could best experience it.

With the throttle pinned, the engine sent a thrum through the entire car. Clean desert air mixed in with the soundtrack and it was irrepressible, exultant…. magical. The 12-cylinder lives.