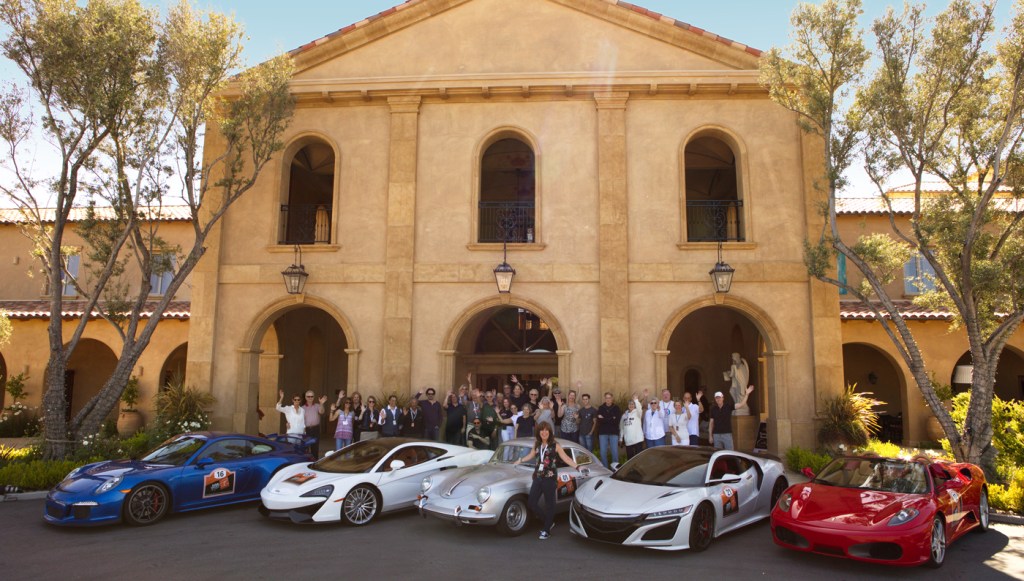 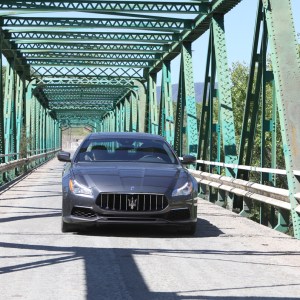 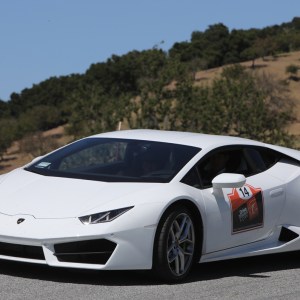 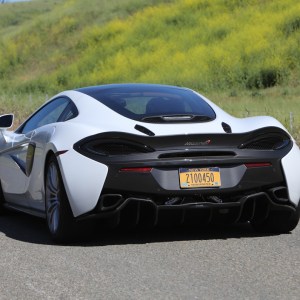 “Hope is different from optimism. Hope, to me, is the product of knowledge and the projection of where the knowledge can take us.” — Christopher Reeve

The open road has long symbolized the liberating power of possibility, an invitation to escape one’s current bonds of circumstance and journey to a new perspective or, perhaps, new reality. It’s a metaphor that became far more real during the first running of the Drive Toward a Cure road rally—an automotive adventure organized to accelerate fundraising and awareness for the fight against Parkinson’s disease.

Held in California, from April 28 through 30, the event drew a field of car enthusiasts, medical professionals, and patients—a disparate team of motorists fueled by each other’s spirit of altruism and adventure.

“I think the greatest challenge for me was holding onto the belief that folks would truly believe in the vision,” says Drive Toward a Cure’s founder Deb Pollack, who lost her own mother to the disease. “Knowing that my mom would have turned 90 this year and that she has now been gone for a decade was my inspiration.” Despite the worthy cause, however, filling the rally’s roster was a concern. “I was pretty scared that once we planned it all, no one would register,” she admits. “But when our very first entrant happened to have Parkinson’s and was bringing his 1960 Porsche 356B Super 90, my very favorite vintage car ever, there was no way I was going to disappoint him.”

The early registrant was former vintage racer Dick Cupp, and it soon became clear that disappointment would be diametric to the response Pollack received, especially when Carolee Barlow, the chief executive officer of the Parkinson’s Institute and Clinical Center, added her name to the list. By the time the friendly competition commenced, 36 cars were lined up for staggered starts at opposite ends of the state.

The majority motored off Friday morning from the Petersen Automotive Museum in Los Angeles. Prior to departure, participants were treated to a private tour of the facility’s famed Vault—a repository of rare vehicles generally not on display—and new Ferrari retrospective. Concurrently, a northern sortie set off from the Blackhawk Automotive Museum in Danville, but with the same destination—central California’s bucolic and burgeoning wine-growing region of Paso Robles.

I had the privilege of joining the ranks of the southern collection while piloting a 2017 Maserati Quattroporte S Q4. Donated to me for the week from Maserati North America, the 404 hp sedan can cover zero to 60 mph in 4.8 seconds on its way to 176 mph. The Quattroporte’s performance metrics were made more fun by the fact that my 86-year-old father was in the passenger seat as navigator—a man who is convinced that speeds in excess of 65 mph compromise the structural integrity of not just the car, but the human body itself.

Our roughly 260-mile route eschewed high-traffic highways and favored instead the paved ribbons that serpentine through the scenic canyons of Malibu, the mountains behind Santa Barbara, and the vineyards of the Santa Ynez Valley, all the while flanked by a landscape made verdant by a wealth of winter storms. Rendezvous points on the first day included the Mullin Automotive Museum in Oxnard to view its collection of Le Mans racers and current Citroën exhibit, as well as lunch in the Danish-themed town of Solvang at the Hotel Corque’s Root 246 restaurant.

Before parking it in Paso Robles, entrants had an opportunity to test their mettle on a closed skills course where the winning performance was delivered by Jeff Ehoodin, formerly with Ferrari, who, surprisingly, took the top time in a Subaru SUV—a David against a fleet of Goliaths.

The evening ended with a dinner hosted by the Allegretto Vineyard Resort, our lodging for the weekend. With both car contingencies finally together, the meal concluded with a member from each team introducing themselves and sharing what drew them to the drive, including a physician whose very first patient in practice was none other than the legendary Carroll Shelby.

“Listening to those that really appreciated supporting the cause, and especially the few there that had Parkinson’s themselves, really touched my heart and let me know we were on the right pathway,” says Pollack. “Drive Toward a Cure was fostering hope, and that, to me, made it all worthwhile.”

Saturday’s focus was on exploring the beautiful backroads that track through the surrounding terroir, a distinct blend of climate, geology, and geography responsible for more than 300 wineries. Complementing the exquisite backdrop was the exceptional driving experience offered by the Quattroporte S Q4. The refined, all-wheel-drive tourer takes off with a power train that pairs a twin-turbocharged 3-liter V-6 engine (generating 406 ft lbs of torque) with an 8-speed ZF automatic transmission—a combination that allowed us to overtake less muscular machines in a moment and made the need for a passing lane, passé.

Paddle-shifters at my finger tips and the option of five different driving modes helped further fine-tune the ride, giving me the sporty delivery I craved while ensuring that my father didn’t faint, and could even doze off if desired. The latter was made possible, in part, by Maserati’s Skyhook system which constantly adapts the shocks to ensure the ride glides along despite terrain that was, at times, ruggedly rural. Equally sublime were the tactile touches inside the cabin, one dressed in the marque’s GranLusso trim, designed by Ermenegildo Zegna, and featuring 12-way, power-adjusted leather seats, an 8.4-inch touchscreen infotainment display, and a Bowers & Wilkins sound system.

After the 135-mile morning session and a repast of French cuisine at Bistro Laurent in town, some participants took another 101-mile tour. The majority, however, chose to taste the local fruit of the vine or recline back at the resort, an option my navigator and I took full advantage of before being shuttled to the closing culinary experience and silent auction at Adelaida Vineyards and Winery. There, we were educated on the advances being made against Parkinson’s and why there is reason for optimism.

“This year will mark the first time that we will have at least one, and possibly two different disease-halting therapies available to patients who enroll in our clinical trials,” explains Barlow about the progress being made at the Parkinson’s Institute and Clinical Center. “We have been working toward this goal for almost 30 years—this is the critical step and we are finally here.”

Departing for home after Sunday’s farewell brunch at Eberle Winery, I looked over at my father (pictured above), grateful to still have him around and to be able share moments that he would later confess were some of the most memorable of his life—a sentiment tempered by the fact that he is getting a bit forgetful. And though not currently impacted by Parkinson’s personally, I am indebted to Pollack and her team for providing this son with such a gift, one that will be paid forward until the disease is defeated.

The three-day rally raised roughly $25,000 to benefit the Michael J. Fox Foundation and the Parkinson’s Institute and Clinical Center. The non-profit Drive Toward a Cure organization is also in the process of mapping out more philanthropic road trips for the future, including the Great Southern Adventure scheduled for September 26 through 29. (drivetowardacure.org)