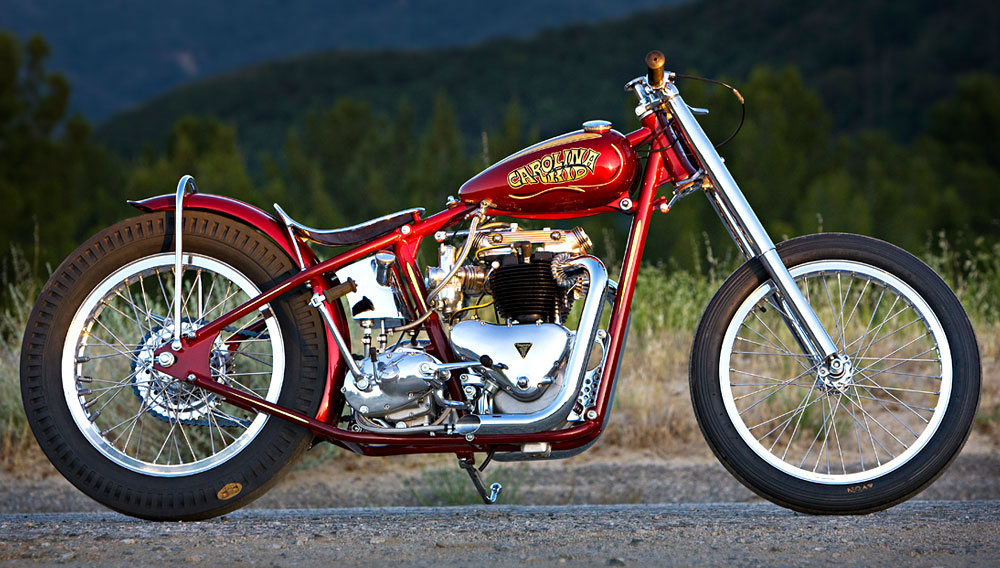 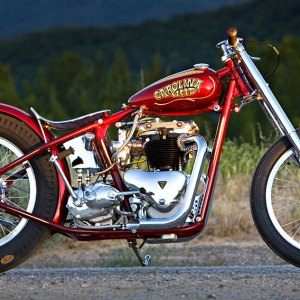 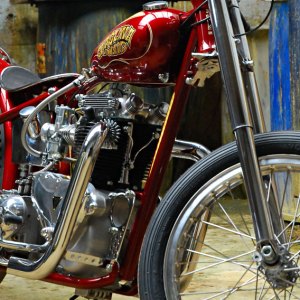 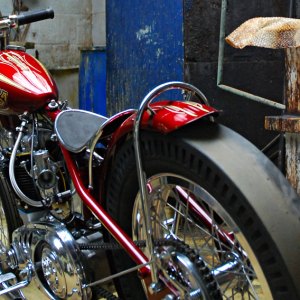 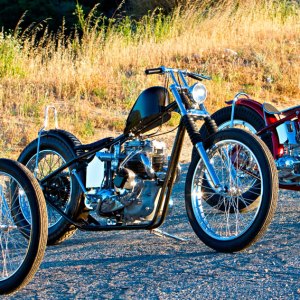 Spare yet stylishly detailed, the custom bikes of the Factory Metal Works (FMW)evoke 1940s-style bobbers refined by modern technology. Beginning with original engines, FMW reworks the mills for reliability and durability. Though they retain their decades-old appearance, internal components like valve train, bearings, and seals are updated with higher tolerances for more seamless operation, intended to keep you off the side of the road.

Bodywork boasts the hallmarks of the golden era of bobbers: skinny tires on spoked wheels, an absence of bodywork or fenders in favor of mechanical transparency, and a low-slung attitude that recalls “cruiser” in the truest sense of the word.

A former NASCAR chassis builder and motocross racer, company owner and operator Lucas Joyner typically has three or four spec bikes on hand, though a custom creation can take as long as six months to build. How much do these two-wheeled slices of yesteryear cost? Depending on the scope of the project, expect to pay between $10,000 and $20,000 for an FMW bike—a rather reasonable price for originality. (704.941.1261, www.thefactorymetalworks.com)