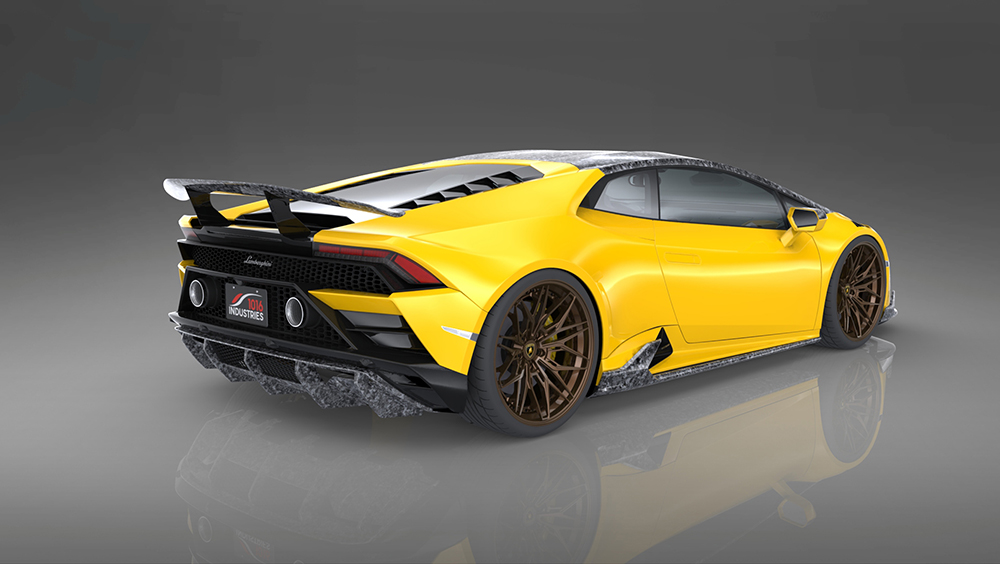 1016 Industries knows a thing or two about carbon-fiber design. Still, the tuner has outdone itself with its latest release: a 100 percent carbon fiber Lamborghini Huaracán Evo.

That’s right, the Miami-based shop has reworked the Italian supercar to lower its already feather-light curb weight. And with handful carefully chosen modifications, the resulting speedster just might be the most aggressive version of the car yet.

Even before the tuner got its hands on the Evo, the supercar was already a sinister looking brute. But thanks to a new front splitter and fenders inspired by the track-only Super Trefeo racer, the vehicle looks bolder than ever. In the rear, there’s a new 1016 Industries-engineered wing that will provide more stability. This can also be upgraded to an HD rear wing that features a proprietary shear web inside. While both are thin and light, they are also strong enough to withstand speeds of up to 250 mph. In addition to making the car even more Gramable, these alterations also lower its weight by 11 pounds.

Other modifications include a new rear diffuser and stainless-steel exhaust, both of which should also help the Evo shed some weight. The engine has been given a once over, too. Already mighty powerful, the supercar’s 5.2-liter V10 can now churn out 651 horses and 462 lb-ft of twist (upticks of 20 and 19, respectively). 1016 hasn’t released performance figures for this Evo, but we expect they will turn heads. The standard version of the car—if a standard Lambo can really exist—goes from 0 to 62 mph in just 2.9 seconds and has a top speed of 202 mph.

1016 Industries has not revealed how much its fully forged carbon fiber Evo will cost, but the vehicle will be available in either regular or widebody variants. Also, through the month of April, the tuner intends to donate 10 percent of all its sales to World Health Organization to help battle the coronavirus outbreak. So now you feel even better about driving a world-class supercar.