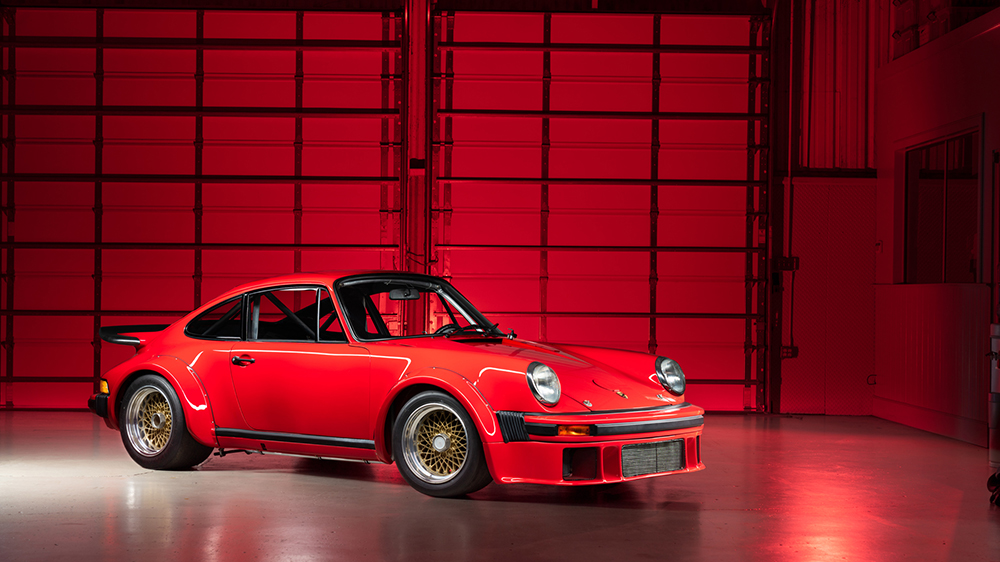 The 1970s were a decade of racing glory for Porsche. This is especially true of the racing-modified 911s (a.k.a. the 934s). And now, one of the most important models to come out of that era is headed to auction.

Next month, at Gooding & Co.’s Amelia Island event, a gorgeous 1976 Porsche 934 race car is set to hit the block. Production versions of the vehicles are exceedingly rare, as only 31 were ever made, but this car rises above the rest as it was the very first one to roll off the line in Germany.

Introduced before the 1976 season, the 934 was the Group 4 GT racing variant of the just-introduced turbocharged 930, according to the auction house. Looking almost identical to its street-legal sibling, with the exception of fender flares and a prominent front air dam, the two cars diverge once you crack open the hood. The 934 is powered by a turbocharged flat-six that produces 485 hp and can go from 0-to-60 mph in just 12 seconds and reaches a top speed of nearly 190 mph. Other major differences include a rear coil-spring suspension, a full-aluminum roll cage, 917-type disc brakes and center-lock BBS wheels.

Nearly all of the 934s that were produced were sold directly to private racing teams for use in a variety of regional and international series. This specific model, chasis 930 670 0151, was sold to Jürgen Kannacher of Kannacher GT Racing. Having passed through the hands of four other owners since, the car has competed in all manner of races, and even earned a Third in Class at the 1979 24 Hours of Le Mans.

Faithfully restored during the early 2000s, the 934 is presented in its as-delivered India Red livery. It features a black interior and is equipped with period-correct parts and components. The car comes fully documented and would be ideal for a collector looking to participate in historical events like Le Mans Classic and Rennsport Reunion.

Scheduled to cross the block on Friday, March 6, the 934 beauty is expected to sell for somewhere between $1.25 million and $1.6 million.

Check out more images of the car below: