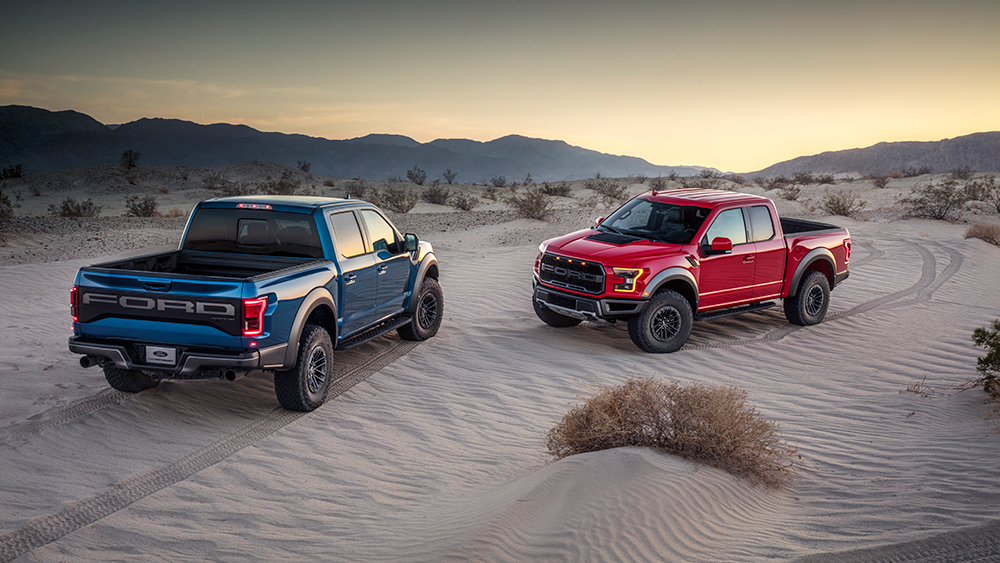 For all those who wondered why Ford wouldn’t give the dune-bashing F-150 Raptor a V-8, your prayers have been answered. A special version of the Raptor will be coming from Detroit with the new Mustang GT500’s supercharged 5.2-liter V-8 mill. This is the most wonderful news.

While the final power output on the new Shelby Mustang engine is still unknown, it’ll assuredly pack a ton of power and sound better than the V-6 EcoBoost currently under the Raptor’s hood. The Raptor isn’t currently a slouch by any means, but bidding adieu to the current 450-horsepower 3.5-liter twin-turbo in favor of something north of 700 snorting ponies is a boss move welcomed by all. Car and Driver is reporting that multiple sources within The Blue Oval have confirmed that the Super Raptor will be the swan song for the current generation of F-150, which is slated for a full overhaul in 2021 or 2022.

The move may come, in part, as a response to FCA’s Dodge Ram TRX pickup, a beast that’s expected to have a 700-horsepower Hellcat V-8 wedged in there. Ram’ll likely beat the Raptor to market, as the TRX is forthcoming around 2020, while the Raptor would arrive just after that. Still, we’d be treated to a few years of the V-8 Raptor before the F-150 line was refreshed, which’ll be more than enough time for all the enthusiasts to snap one up.

Because the Raptor is already so good, on-road and off, we can’t wait to see how far Ford can push the envelope with the new powertrain. The cost of supreme power and performance won’t come cheap. The Raptor currently starts at $54,500, so expect the V-8 version to leap up above $70,000. A small price to pay to dominate any terrain, and leave some supercars in your dust.