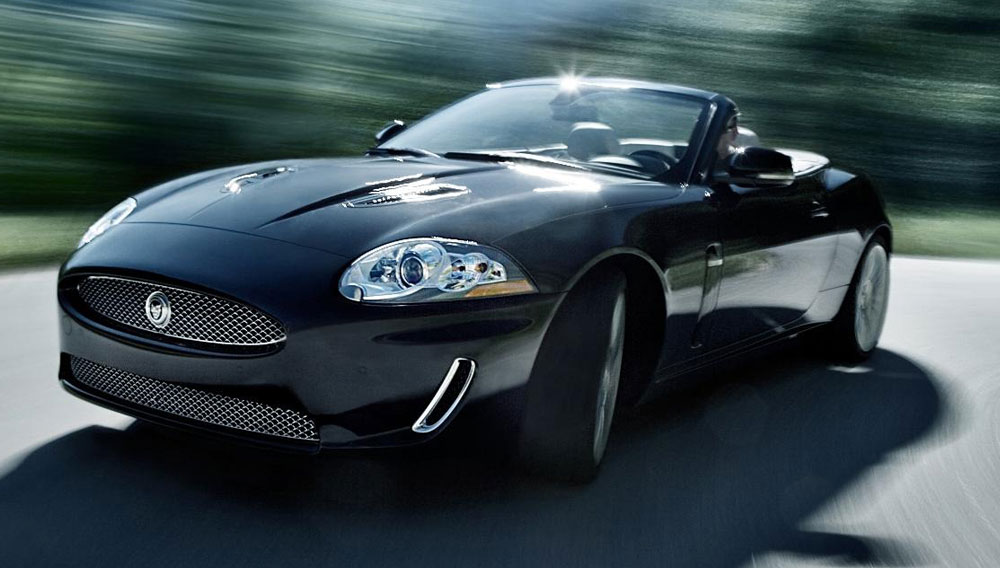 There are very few cars on the road today more handsome than the Jaguar XKR Convertible. Working from the 2009 model, designer Ian Callum added a deeper chin to the front, fender scoops to the jowls, and a functional spoiler plus four exhaust pipes to the rear. And should you choose to reveal yourself as the style-savvy owner of this sleek Jaguar, the retractable ragtop drops in less than 20 seconds—which is fast enough for your average stoplight. Those familiar with the previous generation will notice the subtle—but smart—improvements to the car’s interior. The XKR borrowed many traits from the British automaker’s XF model, such as knob-style gear selector, center-console-mounted starter button (which pulsates red like a beating heart), new suspension settings, and a traction-control function called Trac mode for a more spirited driving experience.

Jaguar’s engineers built a totally new 5-liter, 510 horsepower V-8, which produces 90 hp more than the engine that powered last year’s XKR. Robb Report editors reviewed the 2009 model for an entire year, and we were all left wanting more, but just one week behind the wheel of the 2010 model made me a believer: The Jaguar XKR is not just built to strut from one valet to the next, it’s designed to send chills down your spine. The $96,000 XKR can sprint from zero to 60 mph in 4.6 seconds. That quickness, along with the car’s striking shape, makes this Jaguar a rival to the almighty tourers from Aston Martin, Bentley, and Mercedes-Benz.

In fact, there are very few downsides to owning the XKR Convertible. While the touch-screen interface is a little behind the times, the rearward visibility is nearly nonexistent with the top up, and the gear selector takes some getting used to, all complaints seem trivial the moment you stomp on the throttle and hear the engine purr. This is a Jaguar that lives up to expectations. (www.jaguar.com)