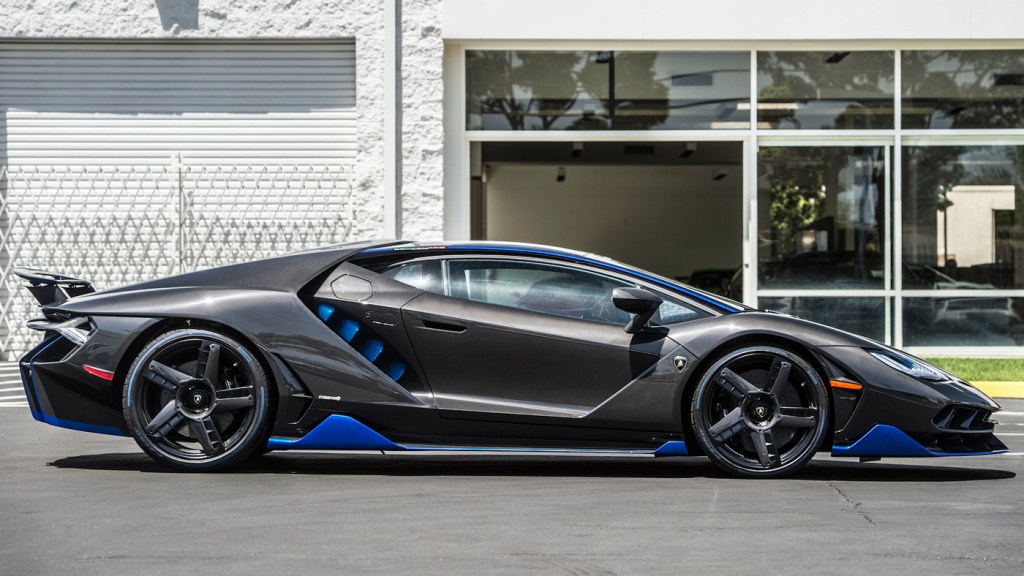 Southern California is no stranger to celebrity sightings, but one angular beauty recently caused quite a stir. On May 18, the first Lamborghini Centenario bound for an owner in the United States landed in Newport Beach, where local car enthusiasts were given a coveted glimpse of the automotive A-lister and its striking style.

One of only 20 examples of the coupe that will be produced, the car was customized using the marque’s Ad Personam personalization program. Its completely carbon-fiber body is embellished with detailing in Lamborghini’s Blu Nethuns, a color choice that appears on the vehicle’s lower section, rear air intake, rear wing, and roof lining. The blue hue continues inside as reflected by the shade selection for the center console and the Blu Amon stitching that provides contrast against the black Nero Ade leather and Alcantara upholstery and trim. In all, the tailored visual aesthetic makes an already stare-worthy raging bull even more stunning. 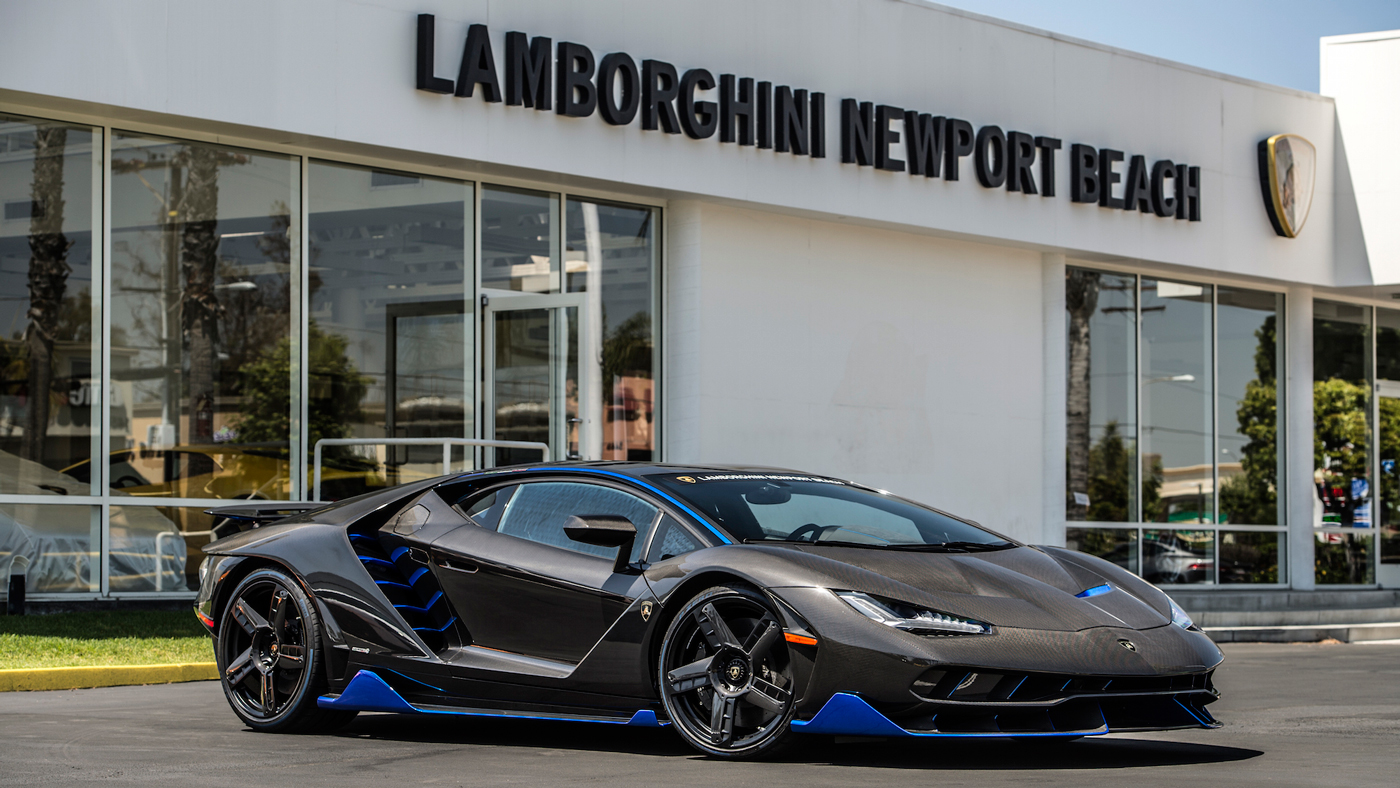 The first Lamborghini Centenario delivered to an owner in the United States.

Debuted at the Geneva International Motor Show last year, the limited-edition Centenario was developed to commemorate what would have been the 100th birthday of founder Ferruccio Lamborghini who passed away in 1993 at the age of 76. A fitting tribute, the all-wheel-drive model features the most powerful engine that Lamborghini has ever made, a naturally aspirated V-12 that generates 770 hp. With a weight-to-power ratio of 4.34 pounds per hp, the car can cover zero to 62 mph in 2.8 seconds and reach a top speed of 217 mph.

In addition to the 20 coupes, which carried a starting price of $1.9 million, Lamborghini also has 20 roadster versions as part of the line, each past the $2.2 million mark. But collectors have been quick to respond and every Centenario has already been purchased. Deliveries in the United States will continue throughout the year. (lamborghini.com)