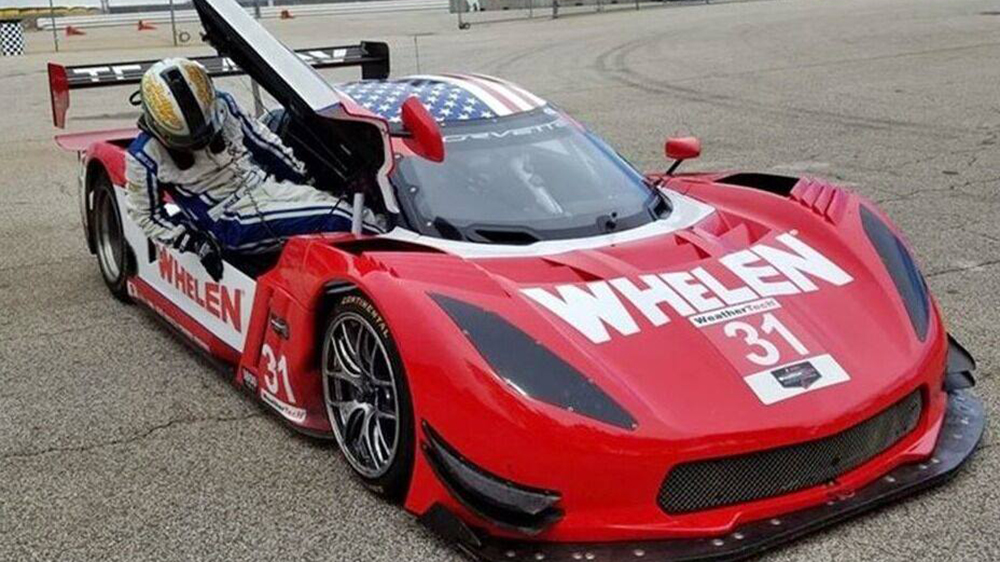 You may think the Chevrolet C8 Corvette is the first version of the legendary sports car with a mid-engine layout, but that honor actually belongs to the Corvette Daytona. And one of those race cars could soon be yours.

Muscle Car Jr, a dealership in Alpharetta, Georgia, has just listed what’s believed to be the final Pratt & Miller-built Corvette Daytona prototype for sale, according to Road & Track. The imposing speed machine may not be street-legal, but if you’re looking to add a special ‘Vette to your collection, there aren’t many better options out there.

The Daytona was an officially sanctioned race car built to compete in the now-defunct Rolex Race Car Series during the 2012 season, before being adapted for entry in the IMSA Tudor SportsCar Championship Series. The model raced in that competition from 2013 to 2015. Despite the branding, the elongated racer isn’t based on any specific production Corvette, but you can see traces of the C7 in its grill, headlights and taillights.

Each of the prototypes was powered by a naturally aspirated, Chevy LS9-based 5.5-liter V-8 built by ECR Engines. Mated to an EMCO manual gearbox that delivers power to the rear axle, the lively mill churns out a very impressive 600 horses. The race-ready powertrain is also capable of rocketing the car from a standstill to 60 mph in just three seconds and can reach a top speed of 200 mph.

This specific Daytona features a red and white racing livery and was used as a spare by the Action Express Racing team, according to the dealership. It never competed in an actual IMSA race, but because of that it remains in remarkably good condition, having totaled less than 2,500 miles during track days since 2017.

As you may have guessed, the Corvette Daytona prototype won’t come cheap. Muscle Car Jr is asking $250,000 for the racer on Facebook Marketplace. That’s a lot more than the C8’s $59,995 starting price, especially since you won’t be able to take it for a spin around town, but if you’re serious about your time on the track, it could be just what you’re looking for.