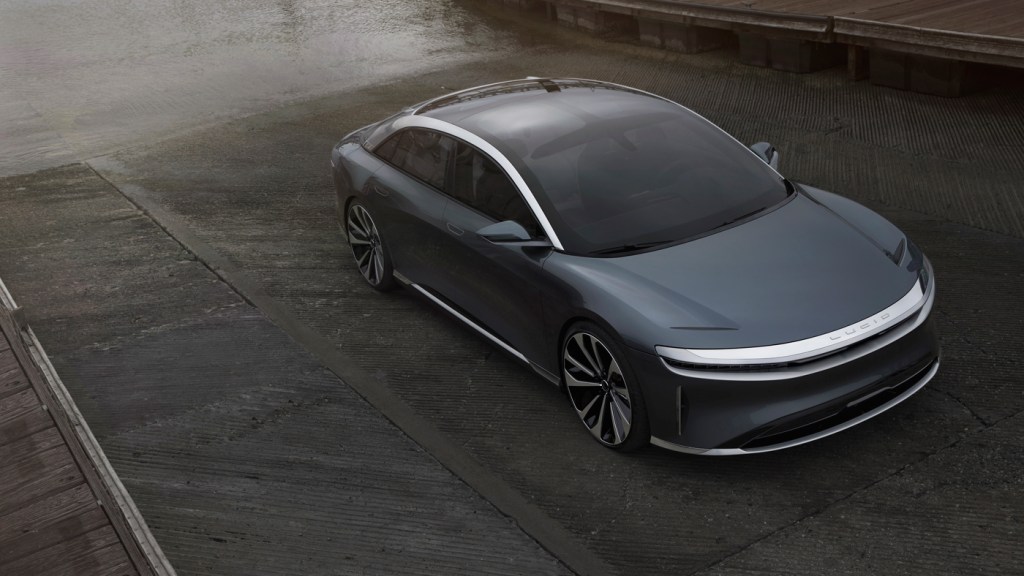 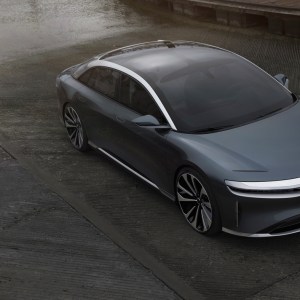 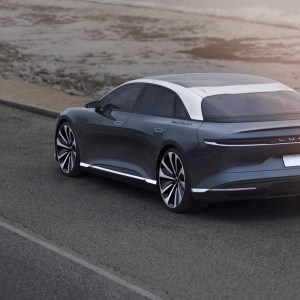 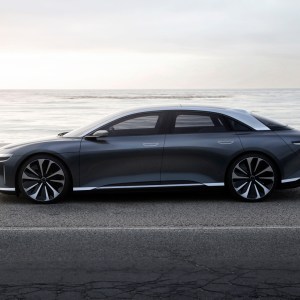 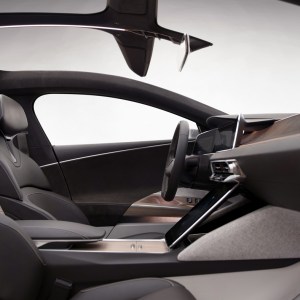 A small crowd has gathered around a futuristic-looking sedan parked in a hotel driveway in downtown Los Angeles. Nobody’s quite sure what they’re looking at. “Is it a Tesla?” one 30-something in a suit asks. “It has door handles like a Tesla.” Others pontificate aloud about the car’s aesthetics. Wheels like a BMW i8. A curvy rear end like a contemporary Aston Martin. A front face like the lead character in in the film RoboCop. This amalgamation of familiar styling cues forms the mostly unfamiliar Lucid Air, an all-electric luxury vehicle that company executives hope will compete with Tesla and beyond.

Based in Northern California’s Silicon Valley, Lucid Motors was founded a decade ago (then called Atieva) by a former Tesla vice president. The company drew away several Tesla defectors and, in 2015, hired former Mazda head of design Derek Jenkins. The goal was to build a luxurious, all-wheel-drive sedan with a 400-mile range and a starting price of $60,000.

“We had a vision for not just an electric car, but a new generation of electric car,” says Lucid’s chief technology officer Peter Rawlinson. One of the crucial ways Lucid achieved this is through all new proportions. Classically, luxury and sports cars favor what designers call a long dash-to-axle or, in simple terms, a long hood. But since there is no large combustion engine to shoehorn into that space, it opened up the possibility for Jenkins and company to use that space for the interior, and specifically the back seat. The result is a short dash-to-axle with short front and rear overhangs.

“We needed to find a way to make this vehicle look as elegant and sleek as possible,” says Jenkins. “We used a lot of jet analogies, that the car is more like a private jet.” Jenkins, whose team created the car in only four to five months, says the automobile’s front face—which he calls the “light blade”—was also inspired by aircraft.

Back outside, we were offered a ride around the urban streets of Los Angeles in Lucid’s prototype. We spent the first part of our drive in the front seat, while the practically silent Air wove through late afternoon traffic. The loudest noises came from the tires and the streets’ myriad potholes, which the prototype’s suspension handled crudely. After about ten minutes, we pulled over so I could move to the back seat. Before I could even touch the door handle, one of Lucid’s reps (who had been following behind us in a Mercedes-Benz S-Class) quickly opened my door–presumably so I wouldn’t touch anything. Upon resettling, I found Lucid’s vision for reimagining the car’s proportions became clear. Before me lay a vast swath of space, lit by the soft glow of Southern California dusk flooding in through the glass panoramic roof. Like a business-class airplane seat, the Lucid Air’s seat reclined almost fully, controlled by an intuitive touchscreen attached to the center armrest.

The future of Lucid Motors has been the subject of much speculation. Some industry insiders report that Ford is considering acquiring the brand. But a company spokesperson confirms it will move forward with plans to build its vehicles in its own plant in Casa Grande, Ariz. Despite public uncertainty, Rawlinson reiterates that customer vehicles will be ready by 2019. And if the production car can eradicate the feeling of flying over the Rockies during a thunderstorm, the Lucid Air will prove a formidable contender in the luxury electric space.