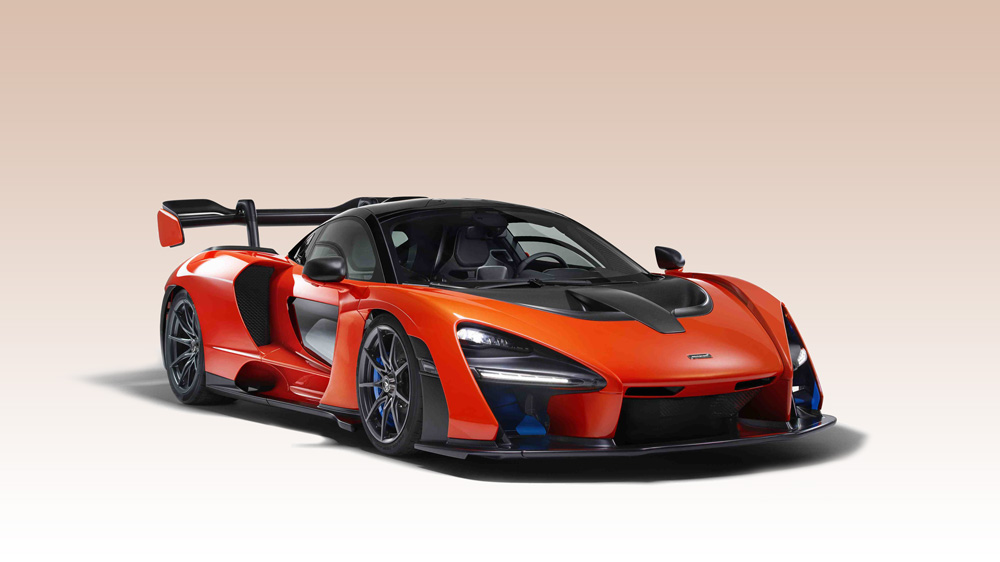 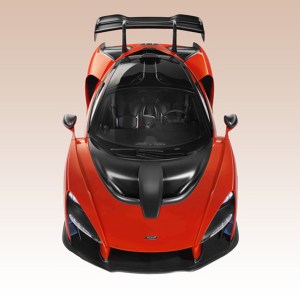 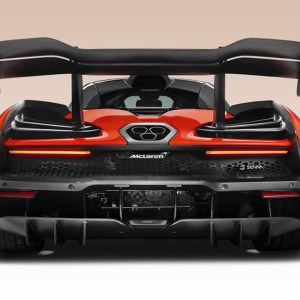 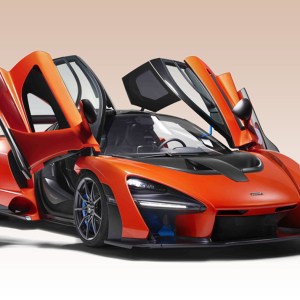 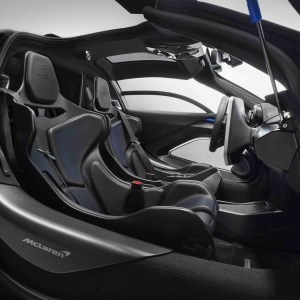 Announced on December 10, the McLaren Senna is a new addition to the British marque’s Ultimate Series, a line that includes the P1 and P1 GTR. And while many vehicles are touted as racers for the road, McLaren’s latest is a true track car that comes with the luxury of being street legal.

The competition coupe is named for Ayrton Senna, the iconic Formula 1 driver who captured three world championships for McLaren before his tragic death at the 1994 San Marino Grand Prix in Italy. Senna was incredibly in tune with his vehicle’s performance metrics throughout a race, and it is that intimate relationship that inspired the development of McLaren’s latest creation—a fitting tribute that fosters a similar synergy with its pilot.

Hot air from the radiators is funneled down the body’s flanks.  Photo: Courtesy McLaren Automotive.

The car comprises a carbon-fiber Monocage III chassis, an advanced iteration of the one found in the 720S, with a strength that surpasses any previously used by McLaren in road application. The Senna’s body panels are also constructed of carbon fiber, which contributes to an overall weight of only 2,641 pounds. Adding muscle to the rear-wheel-drive, mid-engine monster is a 789 hp, 4-liter twin-turbocharged V8—with 590 ft lbs of torque—tamed by a dual-clutch, seamless-shift 7-speed transmission.

The Senna’s teardrop shape is complemented by aerodynamic enhancements that include a front splitter, rear double diffuser, and carbon-fiber rear wing for optimum delivery of downforce and efficient air flow. And the car’s rear clamshell helps funnel hot air from the radiators down the body’s flanks.

But the majority of creature comforts found in McLaren’s Sports or Super Series offerings have been consciously omitted from the Senna’s interior, in favor of the minimalism expected from a racing cockpit. The three-spoke steering wheel is devoid of distractions, and pertinent data is transmitted by the McLaren Folding Driver Display. Three of the four drive modes—Comfort, Sport, and Track—can be selected from the Active Dynamics Panel, while Race mode—which stiffens the suspension and lowers the car’s ride height and center of gravity—is activated by a toggle attached to the roof.

The entire presentation rolls on featherweight alloy wheels wearing Pirelli P Zero Trofeo R tires created specifically for the car. With a price tag of £750,000 (just more than $1 million) each, the McLaren Senna will see a production run of only 500 examples after its premiere at the 88th Geneva International Motor Show in March.