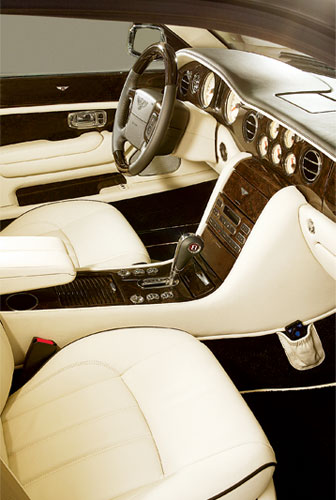 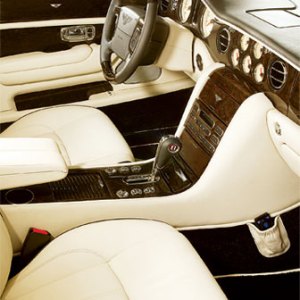 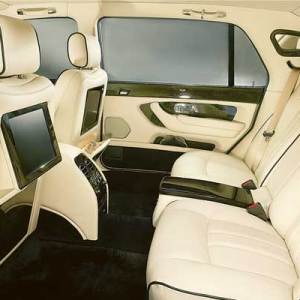 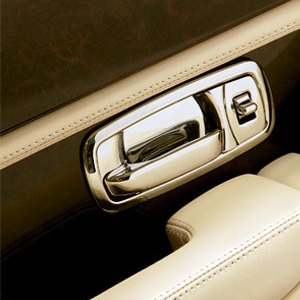 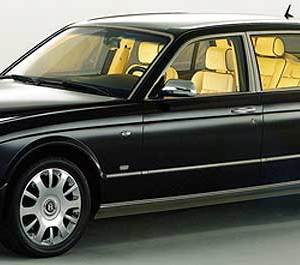 During one surreal weekend on the Monterey Peninsula, it is not unusual to see a Blower Bentley idling beside a Lamborghini Diablo at a traffic light. These and other antiques and exotics arrive here to participate in the cavalcade of automotive events—including the Pebble Beach Concours d’Elegance, the Concorso Italiano, and the vintage races at Laguna Seca—that consumes this stretch of northern California coast every August. A recent and welcome addition to the festivities is the Quail, a classic car and cuisine event held at Carmel Valley’s Quail Lodge. Appropriately, it was at this year’s Quail that Bentley introduced North Americans to a modern-day classic: the 2005 Arnage RL.

The Bentley Arnage, whether in luxurious R or sporting T trim, is an outstanding automobile—and probably the most handsome car in the ultraluxe market. For the RL, Bentley stretched the standard R model’s wheelbase by just fewer than 10 inches, adding approximately 2 inches to the front door and 8 to the rear. While Bentley expects to sell no more than 10 examples in the United States, the 2005 Arnage RL represents a significant step in the resurgence of the brand, as it marks the return to prominence of its longtime coachbuilder, Mulliner.

Count me among the crewe enthusiasts who, in 1997, greeted with skepticism the news that BMW and Volkswagen were scuffling over ownership of Rolls-Royce and Bentley. It was bad enough that the classic marques, because of their financial struggles, would soon become subsidiaries of anyone, let alone Germans. It seemed a dubious assumption that the folks in Munich or Wolfsburg had the ability or the sensibility to produce a car that was convincingly British. As others surely did, I envisioned warmed-over 7-Series sedans if BMW won the bidding, and preferred not even to consider the outcome if Volkswagen were victorious. When a legal technicality tore Rolls-Royce and Bentley asunder, delivering the former to BMW and sending the latter home with Volkswagen, the fat lady had sung, the sky had fallen, it was over—or so I and other Crewe faithful feared.

Those fears were unfounded; BMW and Volkswagen have handled their new charges with élan. When driven, the BMW-built Phantom feels like a Rolls-Royce. The ride quality, the steering, the hushed tone, the seating position, the view over the hood—all are consistent with, if not better than, classic Crewe. The same holds true for the features on the marvelous Bentley Arnage. Both the R and the T models accentuate what had always made Bentleys special while excising the vintage technology that had become obsolete, successfully putting to rest any doubts about Volkswagen’s stewardship of the marque.

To further assuage traditionalists, Bentley has given Mulliner a featured position in its brochures and advertising. This is not, however, a marketing gimmick; it is a bona fide effort to return Bentley automobiles to their custom-coachwork roots.

Founded in 1900, H.J. Mulliner bodied cars for Rolls-Royce from the earliest days of the automaker. Along with competitors Hooper, James Young, Park Ward, and Freestone & Webb, H.J. Mulliner evolved into one of Rolls-Royce’s most prolific coachbuilders. The company’s most significant stylistic contribution, however, was not commissioned for a Flying Lady: In the 1950s, H.J. Mulliner fitted 193 Bentley R-Type Continental chassis with beautiful fastback bodies, shapes that became icons and served as the basis for the current Continental GT.

But the 1950s also marked a low point for H.J. Mulliner, as the coachbuilder and its rivals felt the impact of Crewe’s postwar decision to produce its own  bodies. Rolls-Royce and Bentley customers had the choice of standard sedan bodies from the factory, semi-custom bodies built in limited runs, or unique one-off designs from coachbuilders. With most buyers selecting the first option, a number of coachbuilders went out of business. Rolls-Royce purchased the struggling H.J. Mulliner in 1959, and in 1961 combined it with previously acquired Park Ward to create H.J. Mulliner, Park Ward. (Rolls-Royce eventually streamlined the name to Mulliner Park Ward.)

Today, like Bentley, Mulliner again stands apart from Rolls-Royce and is benefiting from a push toward personalization in luxury automobiles. “It’s as easy to build a car to specifications as to stock,” says Bill Slater, sales manager for Mulliner. While enhancements for European-bound Bentleys are often requested by the customers, models headed for the States usually feature upgrades ordered by dealers without specific customers in mind. Either way, most Bentleys receive at least minor attention from the coachbuilder before delivery. “Buyers of the Arnage T are looking at polished sport wheels and quad tailpipes,” says Slater, “or, for the interior, carbon fiber trim.” Those purchasing an R or an RL tend to be more focused on the accoutrements. “They want bottle coolers and entertainment screens,” continues Slater. “They enjoy being driven as opposed to driving themselves.” There is, of course, one enhancement almost all Bentley customers agree upon: “The picnic tables are a work of art and a perfect example of anachronistic design,” says Slater. “People expect to see them, but I don’t think anyone actually has a picnic on them.”

As with the short-wheelbase Arnage R, a torquey, 400 hp, 6.75-liter, twin-turbocharged V-8 powers the 2005 RL. For its Quail debut, the car was finished in beluga black paint with a linen and leather interior. Mulliner provided touches such as a smaller rear window for privacy and 19-inch chromed alloy wheels, custom specifications that added more than $60,000 to the RL’s $243,000 base price.

The model displayed at the Quail incorporates a combination of elements that should have wide appeal to Bentley customers, but buyers are not limited to any particular specification. Anyone visiting a Bentley dealer has two basic menus to peruse. The first is a list of options available without the assistance of Mulliner; the second details the services and items most commonly requested from Mulliner, everything from color matching to bottle coolers. Few customers stray from the menus, but those who do, says Slater, do so with gusto. “Some customers are very specific. They know what they want and what they don’t want. They have passion.” One buyer requested a jewel-like cap for his gas tank, so Mulliner created a chromium-plated and lacquered piece. “We liked the idea so much that we asked if we could offer it to our other customers,” says Slater. The cap is now on the Mulliner menu, and one was even fitted to the RL shown at the Quail.

As they introduce the RL to North America, Bentley and Mulliner face a market less accustomed to, and less inclined toward, such personalized services. “Most U.S. customers are not prepared to wait up to six months for their cars,” says Slater. But for RL buyers who think they might customize at some point, work performed by Mulliner offers peace of mind and, because the work is done in the factory, greater long-term value than aftermarket alterations. In short, if you plan to be one of the few to buy the 2005 Bentley Arnage RL, why not give it the Mulliner touch?