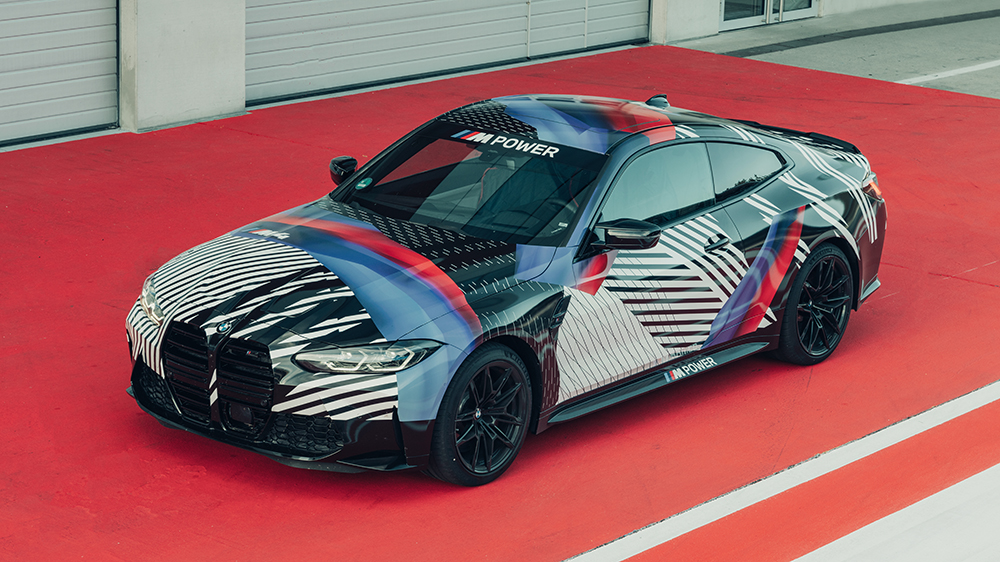 It can be hard being an automotive purist these days, especially one wed to the idea that driving should involve actively shifting through the gears yourself. Luckily, BMW has kept just this driver in mind while designing the new M4. That’s because the sporty coupé comes standard with a manual transmission.

Though the German automaker isn’t ready to fully unveil the new M4 just yet, it has revealed that the base model will include a twin-turbo inline-six capable of producing nearly 500 horses and, as previously promised, a six-speed manual transmission. An even more high-performance Competition model is available, though it will feature an automatic transmission.

The M4’s engine is the same S58 twin-turbo 3.0-liter inline-six that BMW introduced in the lightning-quick X3 M and X4 M SUVs late last year. Mated to a manual transmission, it will churn out 480 horses, according to the automaker. Its performance numbers are unlikely to be released before the car’s official debut, but expect them to be impressive. Car and Driver points out that the M-model SUVs are both capable of accelerating from 0 to 60 mph in just 3.3 seconds, so expect the coupe to be capable of the same if not quicker.

The base model M4 will be joined by the high-performance Competition variant. It’s twin-turbo inline-six has been specially tuned to produce 510 horsepower, according to BMW. While more power will surely appeal to enthusiasts, the lack of a stick shift may not, as the car will be equipped with the company’s eight-speed M Steptronic transmission with Drivelogic. Although the car will initially be available with rear-wheel-drive, an all-wheel-drive version will reportedly follow later. Other upcoming M4 variants are said to include a convertible and a hatchback Gran Coupe.

The base 2021 M4 and Competition model, both of which will feature the automaker’s new giant kidney grille, are set to make their official debut next month. The cars are expected to start making their way to dealerships in early 2021.