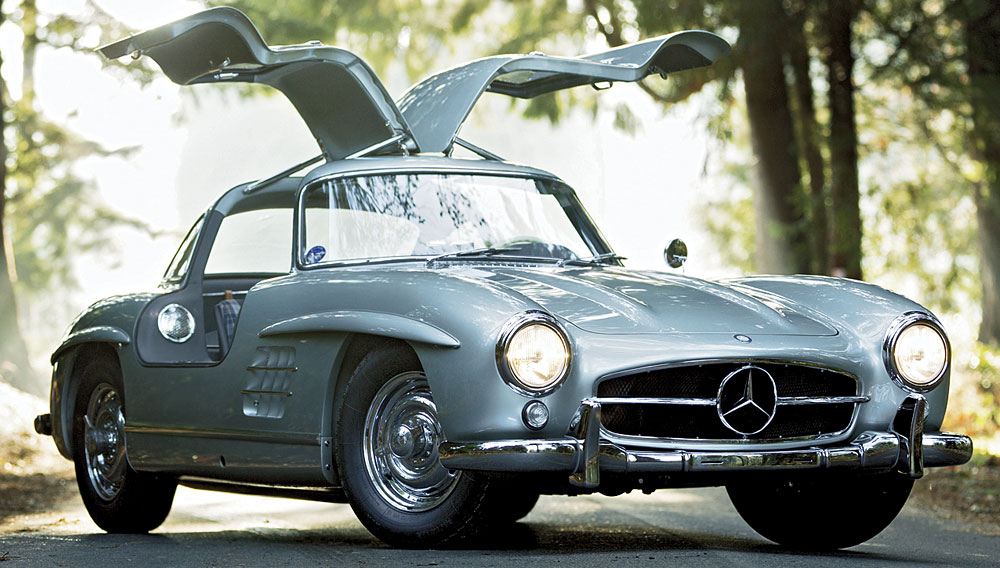 The discovery last year of a rare 1955 alloy-bodied Mercedes-Benz 300SL Gullwing was not the ultimate barn find, as originally reported. In order to be found, it had to have been lost. But the former owner always knew exactly where the car was, and the current owner learned of its location some 20 years ago.

As the story goes, Mercedes-Benz built 29 special-edition, lightweight, alloy-bodied competition models of the Gullwing in 1955, and for years the whereabouts of automobile number 21 remained a mystery. That is, until last year, when Rudi Koniczek, owner of a British Columbia–based restoration shop, Rudi and Company, followed rumors and intuition to the Santa Monica, Calif., garage of Tom Welmers. There, he found the Gullwing.

It is a great story, but not an accurate one.

“It’s a bit of a sticky situation,” says Michael Kunz, manager of the Mercedes-Benz Classic Center in Irvine, Calif. “A lot of people are talking about it as a ‘barn find,’ previously undiscovered, unknown, and all of that. That is not really true.” According to Kunz, Koniczek had known about the car and its location for more than two decades. But it took all those years to convince Welmers to part with the Gullwing.

Welmers received the car as a graduation gift from his parents and drove it until the transmission failed in the 1970s. He attempted to fix it himself but eventually gave up. The car then sat in a state of disrepair—collecting dust in his garage—for nearly four decades.

The Gullwing was never lost, but, as has happened with other collectible cars, the vehicle’s value eluded its owner. “There are guys who have had these cars for decades. At some point their 300SL became just a used car,” explains Kunz. “That doesn’t make it any less fantastic to finally get your hands on something like this. They are extremely rare within the 300SL community.”

Because these cars are so scarce, an alloy-bodied Gullwing can command $2 million or more—one sold at auction in January for $4.62 million. This particular example could have even greater value, because it is a rarity among rarities. “Most of those 29 cars were the typical Mercedes silver with a blue plaid interior, but this car was an anthracite car,” explains Kunz. “It was one of the very few cars not painted silver from the factory. I know that it looks almost blue in pictures, but it is actually graphite gray. There were only four cars that were not silver with a blue plaid interior, and this was one of them. Originality is very important.”