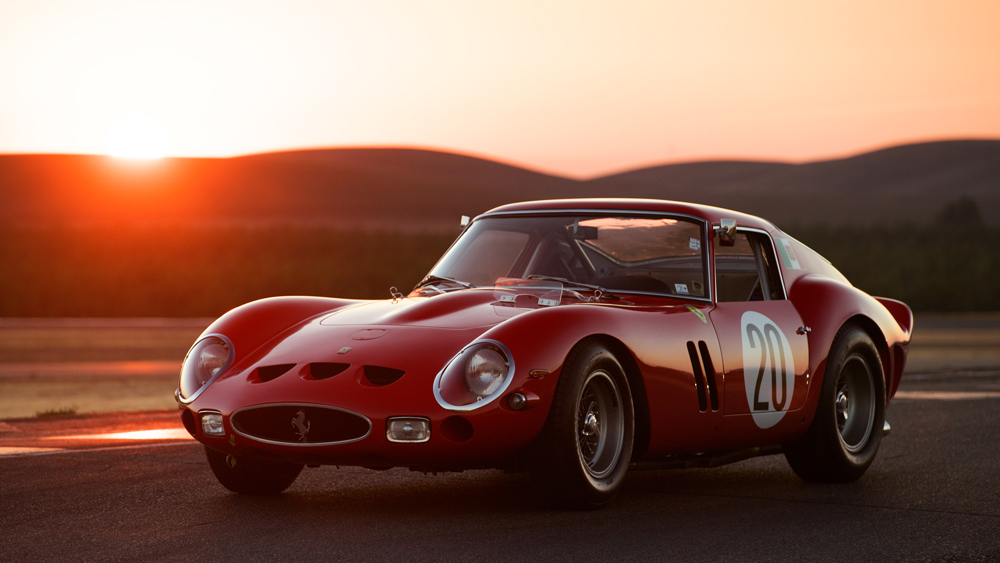 Just a short jog away from where the crush of automotive devotees that is Monterey Car Week happens every August, a group of 15 gearheads convene in the courtyard of a serene, stately home. An obsession with exquisite vehicles brings them together, but the collection housed in the sprawling standalone garage is about to turn their jaded eyes green with envy.

The gathering, orchestrated by the Petersen Automotive Museum and blessed (i.e. sponsored) by the patron saint of premium tires (and haute cuisine), Michelin, is led by Bruce Meyer. The quintessential enthusiast’s enthusiast, Meyer is a notable collector in his own right. When he arrives in a seemingly mile-long 1930s Bugatti and emerges with Gatsby-like savior-faire, he teases the group that they’re about to experience one of the most exceptional assemblages of cars and motorcycles to be found anywhere. He then shepherds the coterie into a hall that has about as much in common with a garage as The Breakers does with a single-family residence in the burbs. In a moment of instantaneous recognition, an eyeful of singular automotive icons leaves the group speechless.

The iconic front end of a Ferrari 250 GTO.  Photo by Larry Chen.

Straight ahead is a legendary Ferrari 250 GTO, one of 36 in total. Any GTO is as rare as a star sapphire, but this particular specimen is not just any example: of the few coveted GTOs in existence, this is reportedly one of the only examples that has never been crashed. Parked alongside it is the last Ferrari Formula 1 car ever piloted by seven-time world champion Michael Schumacher, his colorful helmet resting on the car’s minimalist carbon-fiber chassis.

Rows of immaculate vehicles form a sea of sheet metal. A passel of Ferraris, both racers and road-going automobiles, flank 1920s- and ‘30s-era Bugattis, Lancias, Packards and Talbot-Lagos. There’s also a slew of race cars circa 1950s through ‘70s, and a delectable smattering of one-off goodies dispersed throughout the jaw-dropping array.

A few motorcycles hang tidily against a far wall, but the vanishing point of cars leads the eye to the holy grail of two-wheeled competition: the John Edgar example of a Vincent Black Lightning, better known as the “Bathing Suit Bike.” The stripped-down motorcycle forged one of the most memorable images of a moving vehicle, a capture of racer Rollie Free stretched over the tank in his briefs in order to achieve a record-breaking 150.313 mph at the Bonneville Salt Flats in 1948.

An outstretched Rollie Free on his record-breaking run at the Bonneville Salt Flats in 1948.  Photo from the Herb Harris Collection.

No intimate gathering would be complete without a communal experience. As such, we pause for a toast from Napa-based Wine Access, which has brought along a selection of varietals for tasting. Onward down a staircase to a lower section, the mood goes modern. Though there’s a workshop where routine maintenance is being performed on a coveted Birkin Team Bentley Blower (naturally), the surrounding supercars offer a punk counterpoint to the bygone era of stately steeds with scarves flowing out the window. The room reads like a checklist of poster cars, among them a Porsche 959 and Carrera GT. Literally rounding out the collection is an impossibly swoopy McLaren Speedtail, conveniently aimed at the garage door as though it’s ready for liftoff.

The McLaren Speedtail presented as a concept at the Geneva International Motor Show in 2019.  Photo by Cyril Zingaro/Keystone via AP.

The tour ends with new friends and an afterglow of conviviality. Although Monterey Car Week always leaves an indelible impression, those fortunate enough to visit this secret enclave have a shared appreciation that it will be an apex experience. It all ends with a toast to the Petersen Museum, Michelin and Bruce Meyer with glasses of 2014 Harlan Estate Proprietary Red—another collectible in its own right.

Editor’s note: As photography of the private collection was prohibited, the images shown here are representative of the examples on display.