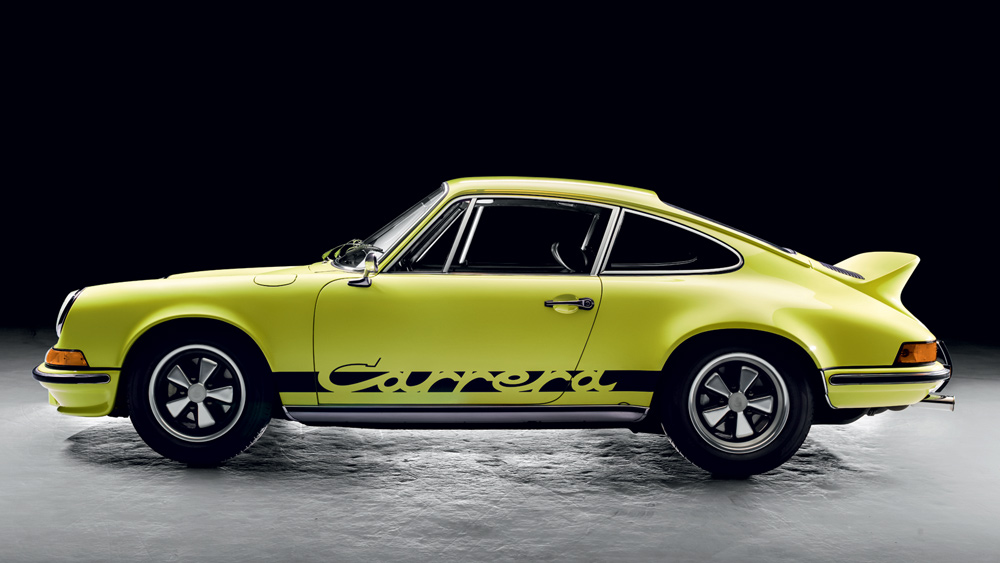 Another Porsche book? Well, thankfully, yes, and a fine one it is. This tome, simply titled The Porsche 911 Book, is published by teNeues of Germany and printed in the Czech Republic. Although not new to market, it has been recently released in a revised edition, following a successful run of 40,000 copies sold since its initial publication in 2013. With text by Jürgen Lewandowski and photos by René Staud, this 192-page hardcover documents nearly every variant of Porsche’s most beloved model.

The book’s premise, of course, is that the Porsche 911 is the most successful sports car ever made, a claim that’s hard to argue given the model’s decades of dominance in motorsport and in dealer showrooms. The Porsche 911 is a perennial favorite, and driving—or owning—a 911 is almost a rite of passage for car enthusiasts, in the same way that cars powered by a V-12 or classic American V-8 engine set benchmarks for performance and personality within the world of sports cars.

A 192-page hardcover, “The Porsche 911 Book” has been recently revised.  teNeues.

At the time of the 911’s inception, it would have been impossible to predict that the development of the model would be a tale spanning more than 50 years. While followers of 911 history would be correct in citing 1964 as the beginning of production, the saga begins much earlier with a single T7 prototype in 1959. An oddity and an outlier, the green machine prefigured the familiar 911 shape, from the A-pillar forward. Photographed in profile, it suggests the automotive equivalent of the Dimetrodon dinosaur.

The year 1963 marks the true beginning of the 911 we all know, and remarkable is that principles so key to continuity in the model’s DNA—like the rear-mounted flat-six engine and distinctive C-pillar—have been preserved to this day. The book covers up to the year 2020 and the eighth-generation 992. The portfolio of 911 models has only a few lacunae, such as the 991-series GT3 Touring and a few others, the inclusion of which would have expanded the book to unrealistic dimensions.

The text—in English and German—is brief, and pictures tell the story with superb photography taken mostly in studio. A few in situ shots, plus lots of details, embellish the pages, and for the statistically obsessed, each car is accompanied by its vital specs. Followers of all things 911, and who think they know everything on the subject, will be impressed—and likely educated—by some of the entries, notably the early competition cars built in extremely limited quantities. For these, production numbers—usually quite elusive—are usefully included. Numerous spreads are dedicated to all of the RSR competition variants, for example, as well as for the R, SC, SC/RS and SC Safari versions.

Car people tend to have a lot of books, and Porsche people are fortunate in having a choice of hundreds of excellent titles to populate their libraries. Priced at an astoundingly low $24.69, and available on Amazon, this book will be a welcome addition for every fan of the automotive masterpiece known the world over as the Porsche 911.