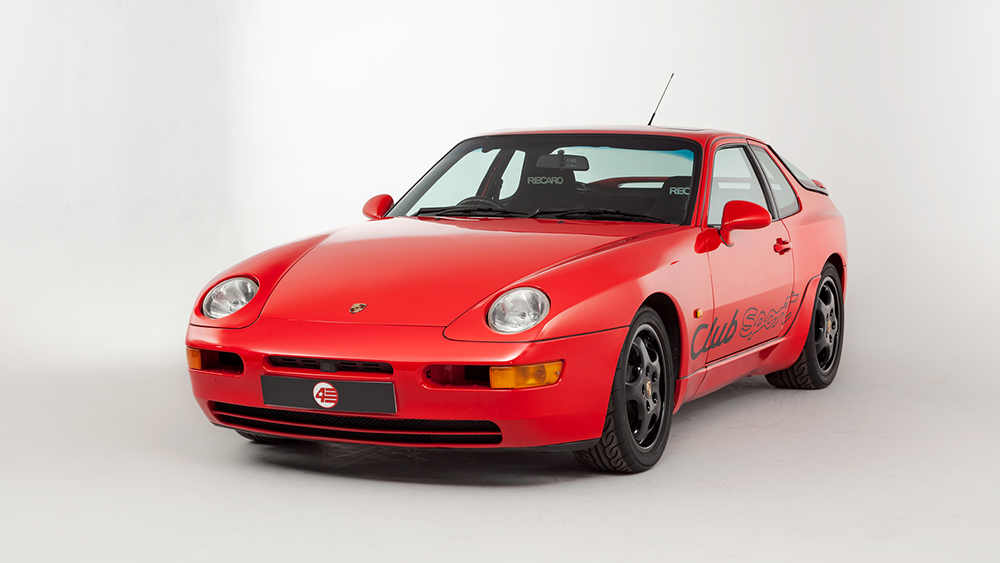 When Porsche’s 968 Club Sport was first introduced in 1991, it was considered an an accessible, entry-level sports car. Nearly 30 years later, the model’s allure has broadened to include serious car collectors—who will likely perk up when they learn that a pristine edition of the car is now up for sale.

When the first 968 rolled off the line, the coupe came with a 3-liter, 4-cylinder engine producing 225 foot-pounds of torque and 240 hp. That was followed a year later by the lighter and even more track-nimble Club Sport.  Now a pristine model of the latter is available for purchase on 4 Star Classics.

One of only 179 UK 968 Club Sport cars built––and one of only 1,923 ever produced worldwide––the sports car has an aerodynamic exterior painted a striking shade of red with its model name rendered in bold black decals along the sides. The body houses a 4-cylinder engine with power delivered to the rear wheels via a 6-speed gearbox. Despite its age, the engine bay is remarkably clean with no signs of damage or erroneous repair. A screening conducted last year puts its mileage at 79,000.

The interior inverts the exterior’s color palette with predominantly black upholstery and detailing punctuated by shots of red. The bucket seats are beautifully contoured to support a driver and passenger for a trip of just about any duration. Like any vintage object, it’s a reflection of the times in which it was made, hence the manual windows, electric sunroof and, notably, the CD player that might go unused by a new owner in the era of streaming music.

Part of what makes this particular example so desirable is the complete record that details its history from original purchase to the present. This documentation includes the original service book marked with 23 stamps from Porsche dealers and approved specialists, all of which is supported by invoices extending back to the 90s. You can make it yours for a cool £28,495 (about $36,422 at current exchange).