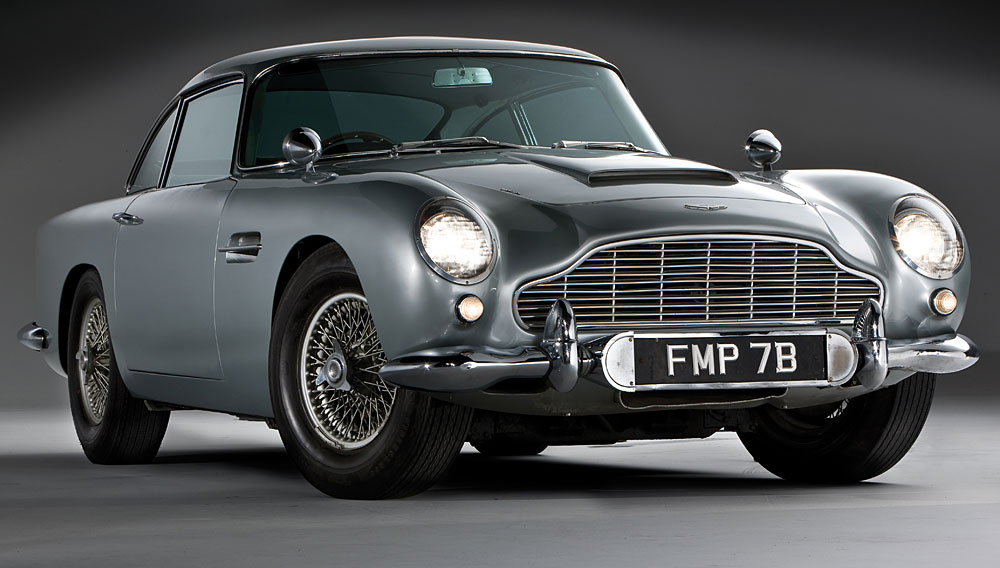 Ask anyone more than 40 years old to name the most famous car in their movie-viewing memory, and chances are the 1964 Aston Martin DB5 driven by Agent 007, James Bond, will be the first that comes to mind. While Batman’s George Barris custom and the Magnum, P.I. Ferrari might get a nod, there is no doubt that the diabolical silver birch DB5 driven by Sean Connery made more than a small impression on millions of would-be Bonds when Goldfinger hit the screen in 1964.

And so, after spending the last 40 years in the relative seclusion of a private collector’s special Bond Room, the Aston Martin emerged onstage at the RM Auction in London on October 27 to be auctioned to its second owner since the car was first sold to Jerry Lee in 1969 for $12,000 directly from the Aston Martin factory.

What makes the car so special? Despite the fact that there were two “Q-Branch” gadget-equipped DB5s that appeared in the film, only one remains today—chassis number DB5/1486/R—the other mysteriously disappeared and was considered stolen many years ago. Two additional cars were made for promotional and touring purposes after completion of the film, but they were not equipped with working gadgetry and can claim no direct connection with Connery.

The successful bidder was Harry Yeaggy, a Cincinnati banker who had always wanted the Bond car. He’s not alone, as the DB5 has become the iconic Aston Martin for a generation or two of would-be secret agents, playboys, and, of course, car enthusiasts. It is regarded as one of the most beautiful Aston Martins of all time, with a body designed by the Milanese coach builder Carrozzeria Touring using its proprietary Superleggera method, whereby aluminum panels were formed around a lightweight steel frame. The design and process was licensed to Aston Martin, who built the cars at the factory in Newport Pagnell, Buckinghamshire, U.K.

Proceeds from the auction will benefit the Jerry Lee Foundation, a multinational initiative dedicated to solving social problems associated with poverty.