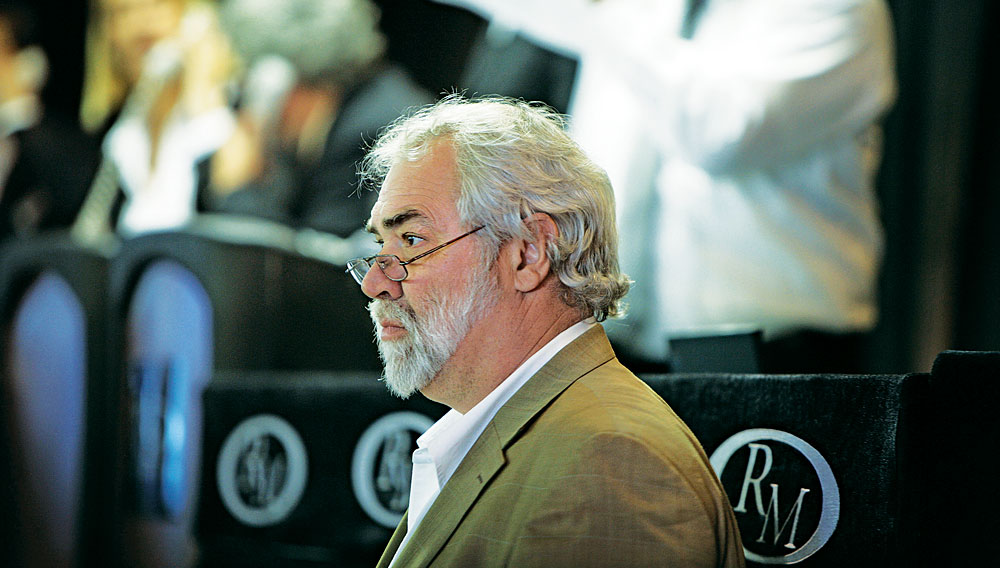 Rob Myers’ career had humble beginnings. In 1976, the sheet-metal painter and bodywork specialist from Chatham-Kent, Ontario, opened a car-restoration shop in his Canadian hometown, which is located a short drive from Detroit. Myers planned to help his customers buy and sell a few cars, but things did not work out so modestly: In 1991, he founded RM Auctions, which today is one of the world’s leading automotive auction houses. Last year Myers’ company helped a 1957 Ferrari 250 Testa Rossa change hands for more than $12.4 million—a public auction world record for a car—and in 2006 RM’s restoration arm scored a rare trifecta, winning Best in Show at the Pebble Beach, Amelia Island, and Meadow Brook concours. Now 53, Myers has taken his penchant for fixing up classics in a new direction with his acquisition and restoration of a hotel in Chatham, which he still calls home. “I’m a workaholic, and it takes a lot to get me to stop thinking about the business,” he says. “It’s nice when something like this grabs you and takes you away.” —Marco R. della Cava

Tell us about the Retro Suites Hotel.

I’ve been working on it for more than eight years, starting with the building’s restoration, which was like restoring a car. But the difference is that I could take some creative license, which you can’t with a classic Duesenberg. So in that sense I guess my hotel is like me creating a custom car.

Travel—particularly motorcycle travel—is a passion of yours. What are some of your favorite two-wheeled trips?

I love going up the length of California’s Highway 1 on my Harley-Davidson Softail, which I bought new in 1992. I’ve also ridden across Canada with my two kids. And my wife and I are going to try something new this year: Europe. We’ll pick up a new Harley in London and do Scotland and Ireland. I can’t wait.

What about motorcycle excursions appeals to you?

[Laughs] Simple, I don’t have to talk about cars. I really enjoy doing car rallies and all, but I always get folks asking me what their cars are worth. It’s important every now and then to be able to get away with my family or even just be alone. In my line of work you’re always around people.

What have you learned from those people?

Money can’t bring you pleasure unless you use it. I’ve seen them all. There are wealthy people who won’t even buy you a hot dog because they don’t want to spend their money. Or a guy I know who lost $50 million, maybe half his net worth, and you couldn’t even tell. Onward and upward was his attitude. I try to pattern myself on those individuals who are really living life.

Among them is your friend and automotive legend Carroll Shelby.

I’ve known Carroll for 25 years. We talk once a week. I even named my son Shelby after him. He’s still the kind of person who, when he walks into a room, everybody just gives themselves over to him. It’s almost like he demands your attention, but yet he doesn’t. He’s 87 and still this amazing life force. It’s pretty cool to see.

His cars are pretty cool to see, too. Are they among your favorites?

I’ve had thousands of great cars come through our company’s hands, and, yes, a number of Shelbys as well as a Mercedes-Benz 300 SL Roadster come to mind. But now I’m into these early brass cars. This summer I drove a 1911 Oldsmobile Autocrat. I tinkered with it, got the kinks out, and just had a blast. It’s pretty fun going down the road in something from 1911 doing 70 miles an hour. Well, a little bit scary, too.