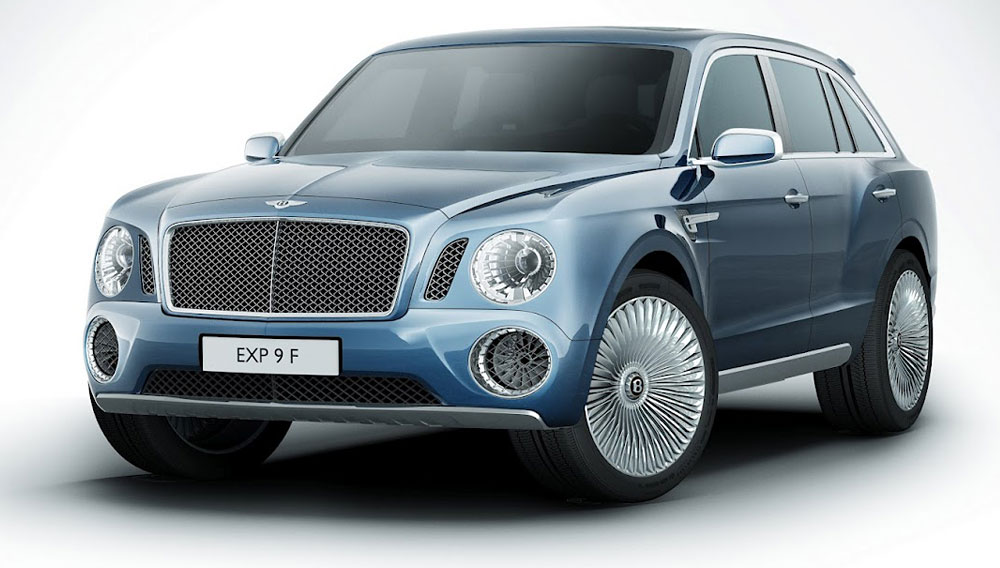 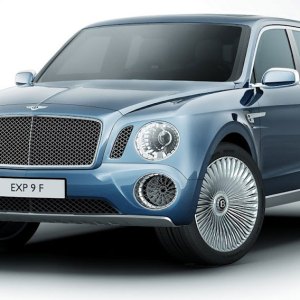 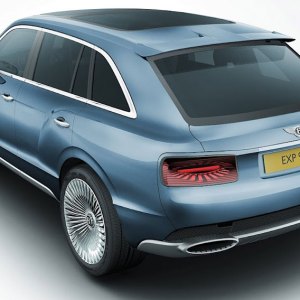 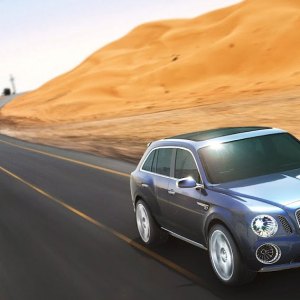 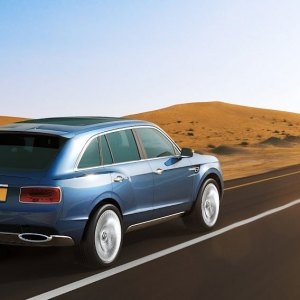 After months of rumors and rendered speculation, Bentley (a protectorate of the Volkswagen Group) has pulled the wraps off a dramatic concept vehicle called the EXP 9 F. And though some purists may decry its arrival, the EXP 9 F is an undeniably dazzling effort for a luxury sport-utility vehicle. It’s stately and opulent and prodigiously powerful—in other words, it’s every inch a Bentley.

Up front, the imposing EXP 9 F presents a broad Bentley matrix grille, large ovoid headlamps that recall the Mulsanne’s, and 23-inch turbine-style alloy wheels with a racing-style single wheel nut. At the rear, a wide, two-part split tailgate opens to reveal a spacious cargo area—and, in a bit of show-car dazzle, a pair of bespoke picnic baskets.

The EXP 9 F’s interior features a splendiferous mix of exceptional materials and artisanship, where fine hide and hand-polished wood meet aluminum, bronze, and gunmetal accents. The result is a space—with throne like seating for four fortunate occupants, or five in a pinch—that captures the essence of classic British luxury.

Although Bentley hints at a turbocharged V-8 or even a gasoline-electric hybrid powertrain, the concept takes its motivation from a thoroughly revised version of the 6.0-liter W-12 engine from Bentley’s Continental range, driving all four wheels through an 8-speed automatic transmission. Bentley suggests an output of 600 hp and 590 ft lbs of torque in the EXP 9 F—likely sufficient to launch this grand machine to 60 mph in five seconds and keep it moving to 180 mph or more.

The EXP 9 F (or whatever a production version might be called) would create a third model line for Bentley’s factory in Crewe, England, alongside the Continental range and the flagship Mulsanne sedan. The company—under the savvy direction of Wolfgang Dürheimer, the former head of development at Porsche and the man who brought the Cayenne SUV to fruition—plans to gauge public reaction before making any commitments. We’re ready to commit right now. (bentleymotors.com)