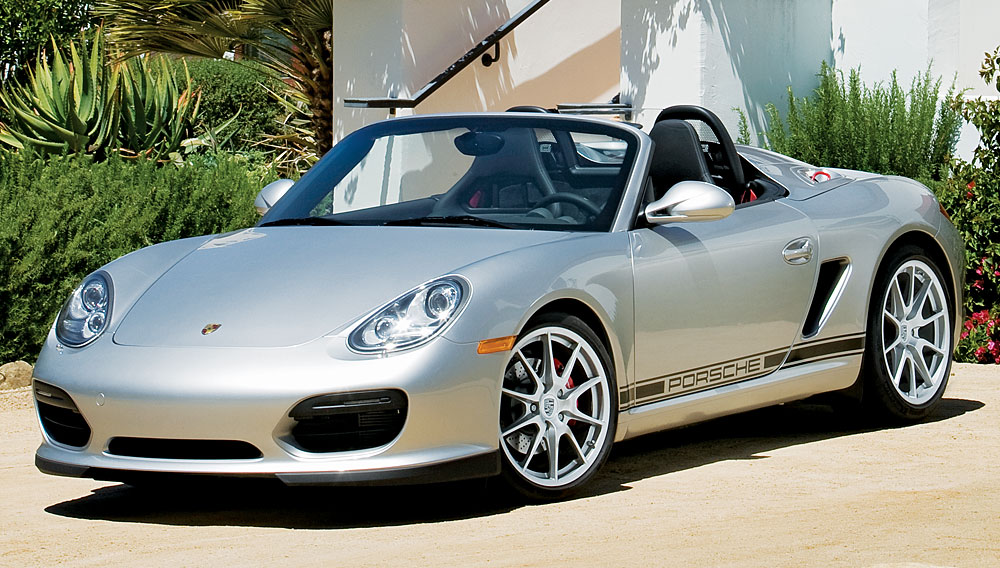 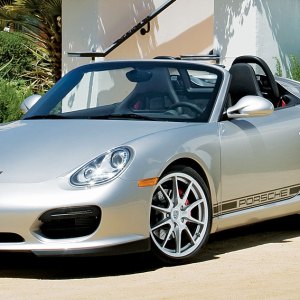 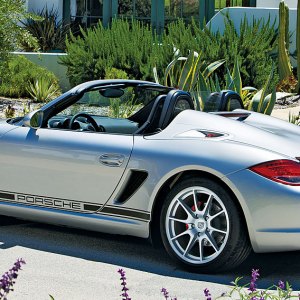 Fifty-six years ago, American Porsche distributor Max Hoffman convinced Ferry Porsche to make a bare-bones convertible for the U.S. market. The resulting automobile, the iconic Speedster, proved that less is indeed more when it comes to Porsches.

As was the original Speedster— and subsequent versions from 1989 and 1994—the modern Boxster is regarded by Porsche drivers as the most pliable car in the marque’s lineup. With its 2011 Porsche Boxster Spyder, which became available in February, the automaker has made the minimalist machine even more elemental while bringing additional power to the Boxster brigade.

The Boxster Spyder’s 3.4-liter, 6-cylinder boxer engine produces 320 hp, which represents a 10 hp gain over the Boxster S and a 65 hp gain over the 2.9-liter base model. But the most noticeable feature on the new car is the curious soft top that stretches across the cabin and fastens with a pair of tensioned belts. This rainy-day solution is lighter than the traditional top and can be mastered by one person (with a little patience and a sense of humor). Also distinguishing the Spyder are the engine lid’s twin humps, which add a purposeful, attention-drawing appearance to the well-known Boxster shape.

Inside the Spyder, lightweight sport seats and fabric door pulls indicate that weight reduction was a major component of the design brief. In fact, the $61,200 Spyder is the lightest—and fastest—Boxster ever, making it a most suitable toy for summer by any performance enthusiast’s standards.