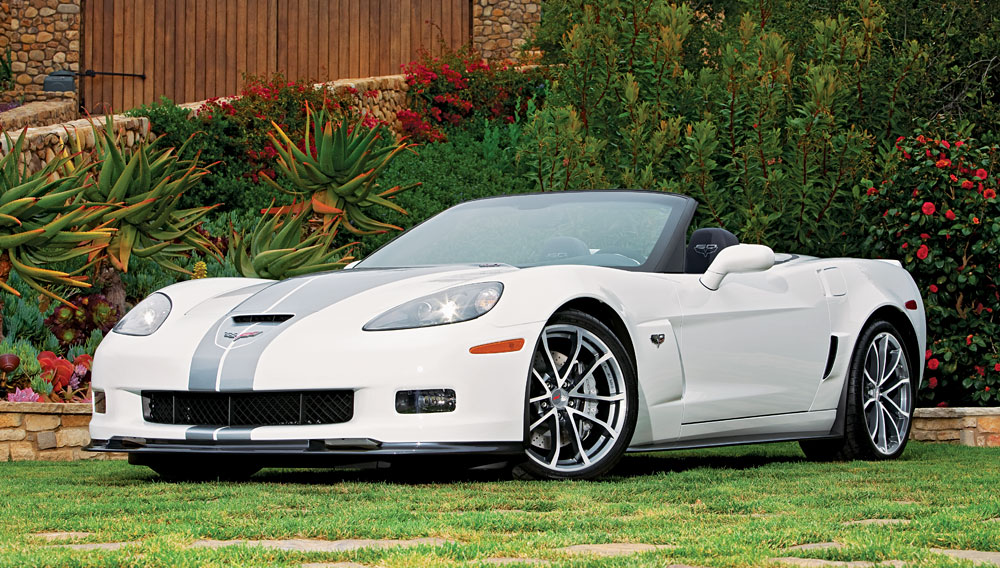 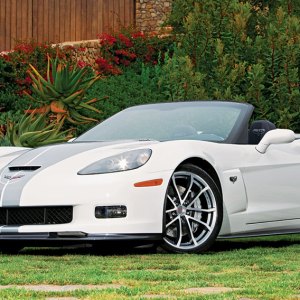 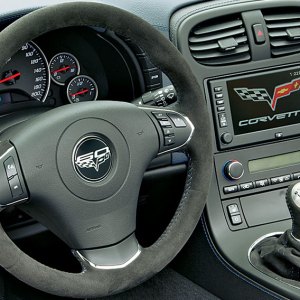 This summer marks the beginning of the end of the sixth-generation Chevrolet Corvette, and it is departing with the roar of the Corvette 427 Convertible Collector Edition, billed as the fastest, best-performing convertible in the history of America’s favorite sports car. In addition to signifying the end of the line for the C6, which has been in production since the 2005 model year, the 2013 model year also marks the 60th anniversary of the first Corvette. Chevy is commemorating the occasion by offering an optional 60th Anniversary Package that includes a white exterior with a blue top, a blue-leather interior that matches the top, and a carbon-fiber front splitter and rocker panels.

The 427 in the name and on the hood of the Collector Edition refers to the car’s 427 cu in V-8 engine, the same one that powers the Corvette Z06. Drivers will love this no-nonsense 7-liter mill, which develops 505 hp and 470 ft lbs of torque, served up through a 6-speed manual transmission. No automatic, no frills, no apologies.

Priced from about $76,000, the Collector Edition could be considered a bargain given its build quality and performance. Titanium connecting rods, a dry-sump oil system, and other engine details exemplify a serious approach to engineering. GM’s Magnetic Selective Ride Control provides nuanced handling and maximum ride comfort. The car’s big wheels are shod with giant Michelin PS2 tires.

The hood, fenders, and floor panels are made of carbon fiber, dropping the Collector Edition’s weight to 3,355 pounds and helping the car achieve a zero-to-60-mph time of 3.8 seconds. This ’Vette also can cover the quarter mile in 11.8 seconds and crest at 190 mph, if space and mettle allow.