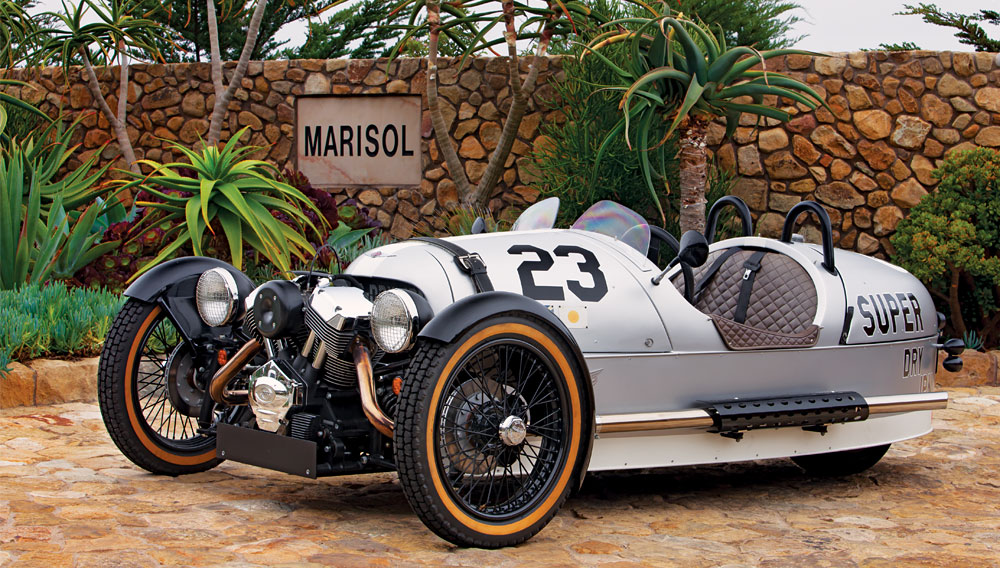 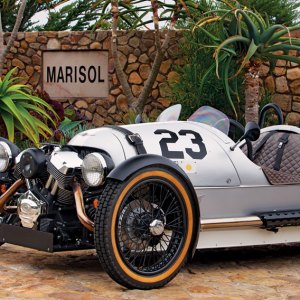 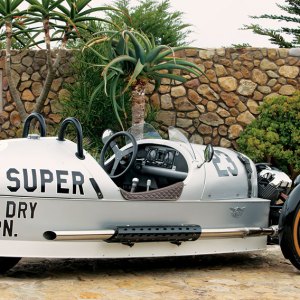 While other automakers claw for market share in an ever-more-homogenized industry, England’s Morgan Motor Company goes about business as usual—though there is nothing usual about a Morgan. As illustrated by the new Morgan 3 Wheeler, the company’s solutions for getting from point A to point B are as weird as they are wonderful. Derived from the Cyclecar that Morgan pioneered in 1909 and continued to make through the early 1950s, the 3 Wheeler is powered by a V-twin engine hung out in the front, like the old JAP and Matchless motors. But this is a thoroughly modern S&S engine capable of producing about 115 hp. Stir the gears with the Mazda Miata 5-speed transmission and, because of the 3 Wheeler’s 1,100-pound weight, you can achieve sub-five-second zero-to-60-mph times while the vehicle clatters with the commotion of a chained grizzly.

The 3 Wheeler’s low seating position gives the driver and passenger an unusual vantage point from which to take in the scenery, and the minimal windscreens mean that goggles are de rigueur for both safety and comfort. As an alternative to a big cruiser motorcycle, the 3 Wheeler, priced at about $50,000, offers similar freedom, sounds, and smells—and the guarantee that you will not see another one coming down the road.

The Morgan 3 Wheeler, as well as the other automobiles and the paddleboard in this feature, were photographed at Marisol (www.marisolmalibu.com), a community of oceanfront estates and homesites in Malibu, Calif. Marisol also appeared in Robb Report’s “21 Ultimate Gifts” section in the December 2011 issue (see “Sol of Malibu”).