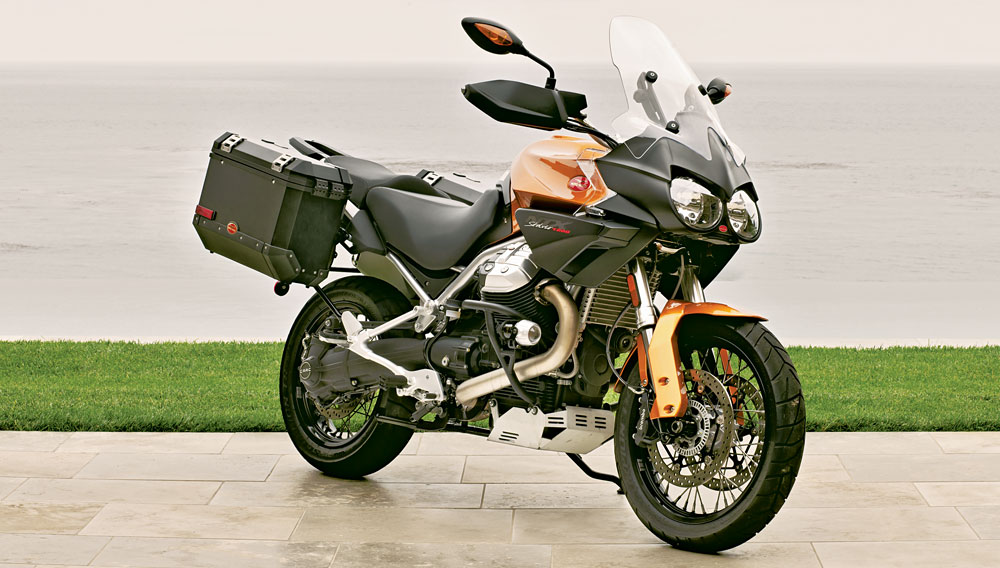 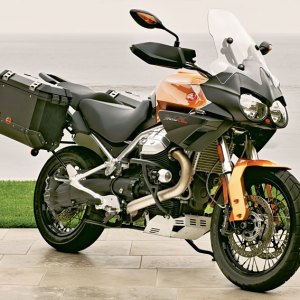 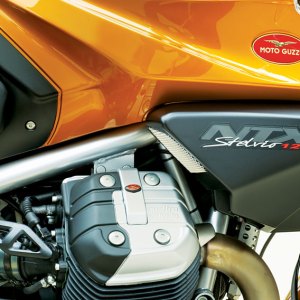 Winding through the Eastern Alps at elevations higher than 9,000 feet, the Stelvio Pass is one of Europe’s most scenic summer riding routes. But it also challenges riders with more than 80 breakneck S-turns. Moto Guzzi designed its Stelvio series of touring bikes, which launched in 2008, to handle such treacherous roads. The latest addition to the line, the Moto Guzzi Stelvio 1200 NTX, navigates sharp turns with aplomb thanks to the rigidity of its newly designed upper-twin-spar frame. The bike, which has a starting price of $16,000, also is equipped with an antilock-braking system and adjustable traction control.

The Stelvio 1200 NTX’s 8.5-gallon fuel tank is nearly twice the size of the previous model’s tank, and it includes an additional 1.8 gallons on reserve. The bike’s aluminum saddlebags offer 7.7 gallons of storage space. Powering the bike is an enhanced version of Moto Guzzi’s V-twin 1,151 cc engine. It produces 105 hp and more than 83 ft lbs of torque.