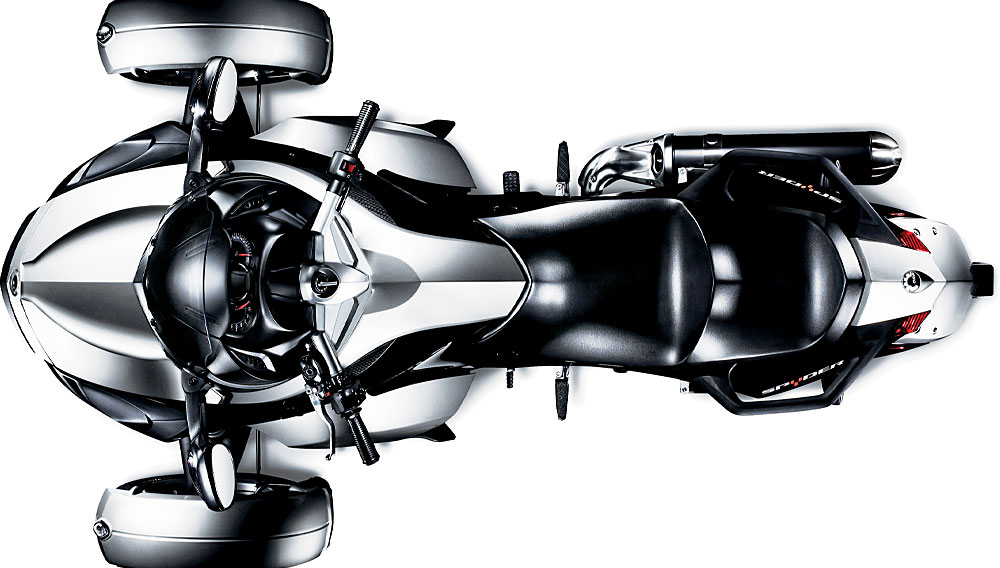 In 2007, Canada’s Bombardier Recreational Products caught the attention of motoring enthusiasts when it debuted the outlandish Can-Am Spyder, a $16,200 three-wheeled roadster with a manual transmission similar to that of a motorcycle. New for this year is a $17,700 version with a five-speed semiautomatic transmission that offers simple shifting. With two forward wheels and a lone rear wheel, the Spyder is equally simple to steer, handling curves with ease and providing a greater sense of stability than do two-wheelers. But stable does not mean staid: The Spyder’s 990 cc V-twin engine pushes the vehicle to a top speed of 115 mph, while an optional exhaust system helps the three-wheeler outgrowl many motorcycles. Stable also does not necessarily mean safe; all states except for California and Delaware require a motorcycle license to operate the Spyder.