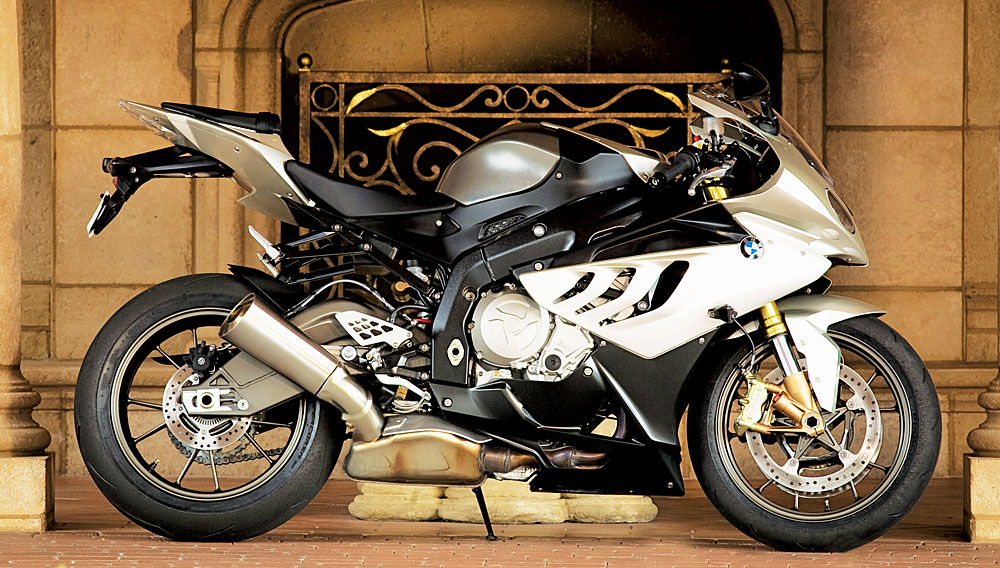 The new BMW S 1000 RR is a 193 hp bruiser that weighs only 455 pounds, thanks to its aluminum bridge frame. The superbike is powered by a Formula One–influenced 999 cc inline-4 engine, which also serves as a load-bearing element. An optional three-mode Dynamic Traction Control system holds the reins on those 193 horses, and it works in concert with a race-ready antilock brake system.

BMW also offers the motorcycle with an optional Gearshift Assistant device that allows you to upshift without using the clutch. The feature helps the bike accelerate seamlessly—from a standstill to 60 mph in less than three seconds, if you are so inclined. Equipped as it is with power and control, the S 1000 RR is equally suited to the Superbike racing circuit and to summer cruising on undulating country roads.