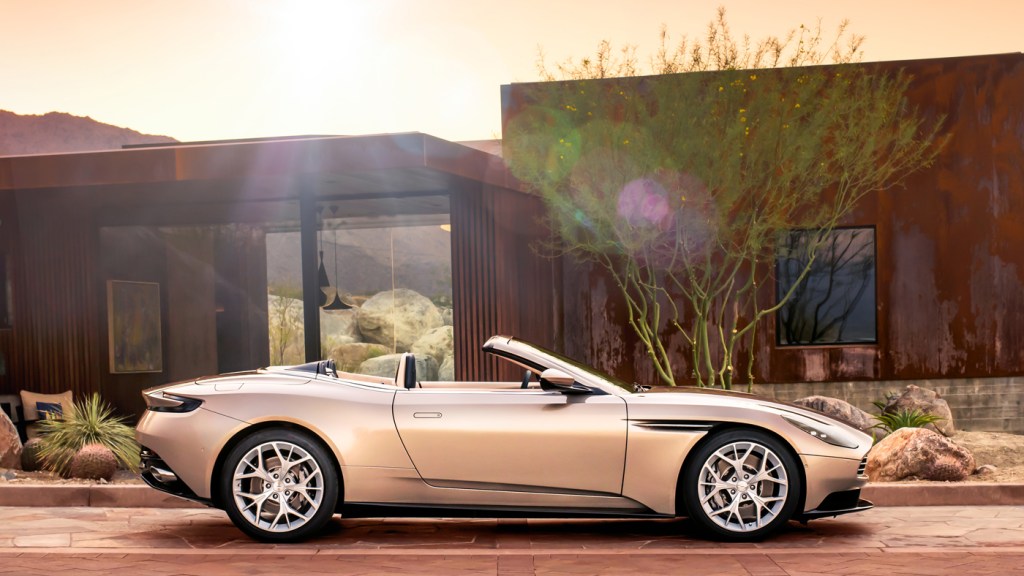 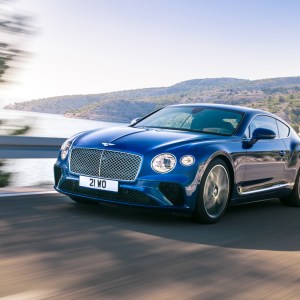 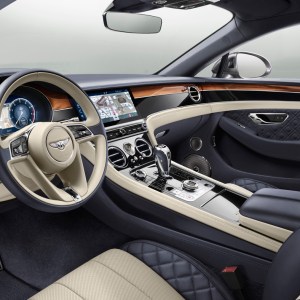 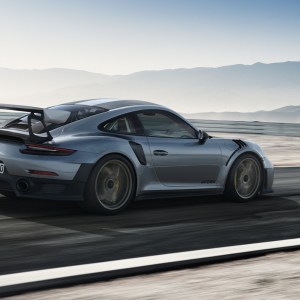 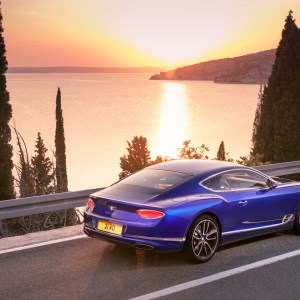 Buy now, or wait? It’s an important decision in many aspects of life. Stocks and real estate leap to mind. But when it comes to sports cars and luxury vehicles, timing is also crucial. When a hot new model debuts, do you rush out and buy it so you’re the first on your block? Or hold out until the more powerful, more exclusive models are released down the line? Ultimately, which kind of buyer are you? Do you prefer Beaujolais Nouveau or Bordeaux?

No judgments here either way. Because, like most things in life, car models have life cycles. A new model is unveiled at a car show in Los Angeles, Detroit, or Geneva, and a year (or years) later, we actually get to buy it. That generation will then go on sale for somewhere between six and eight years. During that cycle, the carmakers drum up new excitement (and sales) by releasing a steady IV drip of ever-more powerful “S” models, exclusive packages, and special editions. Hence we are eventually offered all kinds of superlative variations: The Turbo S’s and RS’s, the Superleggeras, Apertas, and Supersports. 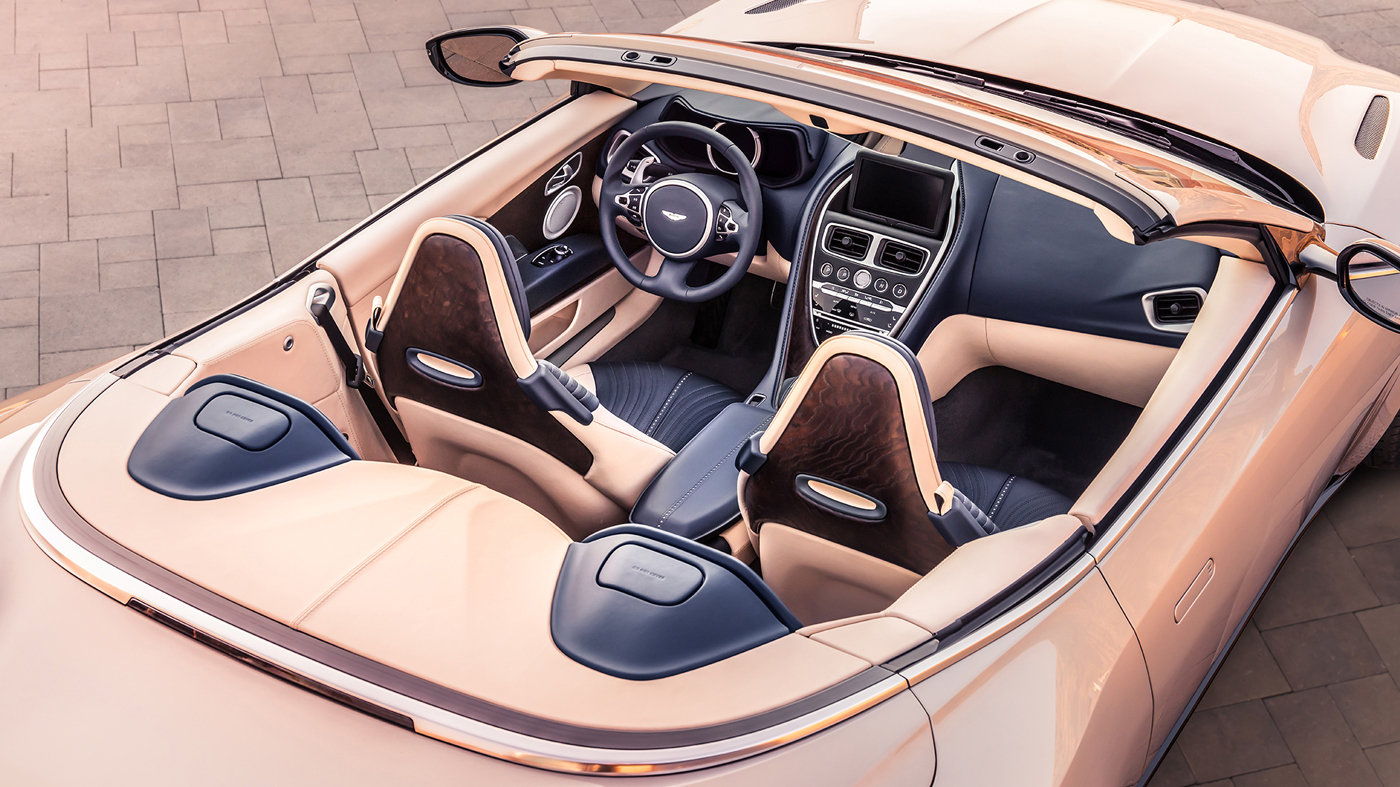 This leaves a quandary for buyers. Commit now, when the metal is fresh and examples are rare on the street. Or hold out until the software is tweaked, the turbo size increased? Trade in your former hot-new-thing for today’s hot-new-thing, or hang on a bit longer until you can get the big carbon-fiber rear wing?

Nobody in the business is better at this game of self-perpetuating one-upmanship than Porsche. The entire sales success of the 911 is based on the conceit. For example, take the 991 series, which debuted in 2011. Some buyers dipped right in, enjoying the new chassis, engine, and exterior alterations. Others were willing to wait the three years for the Targa or the two years for the Turbo S.

As the generation leans toward its end, we are eventually offered the really magical stuff like the GT3 RS. And just when you think that every last bit of 911 goodness has been squeezed out of the platform, Porsche dangles the exotic GT2 RS in front of us. That model just captured a new record at the Nürburgring. It isn’t just any Bordeaux; more like a Château Lafite Rothschild. 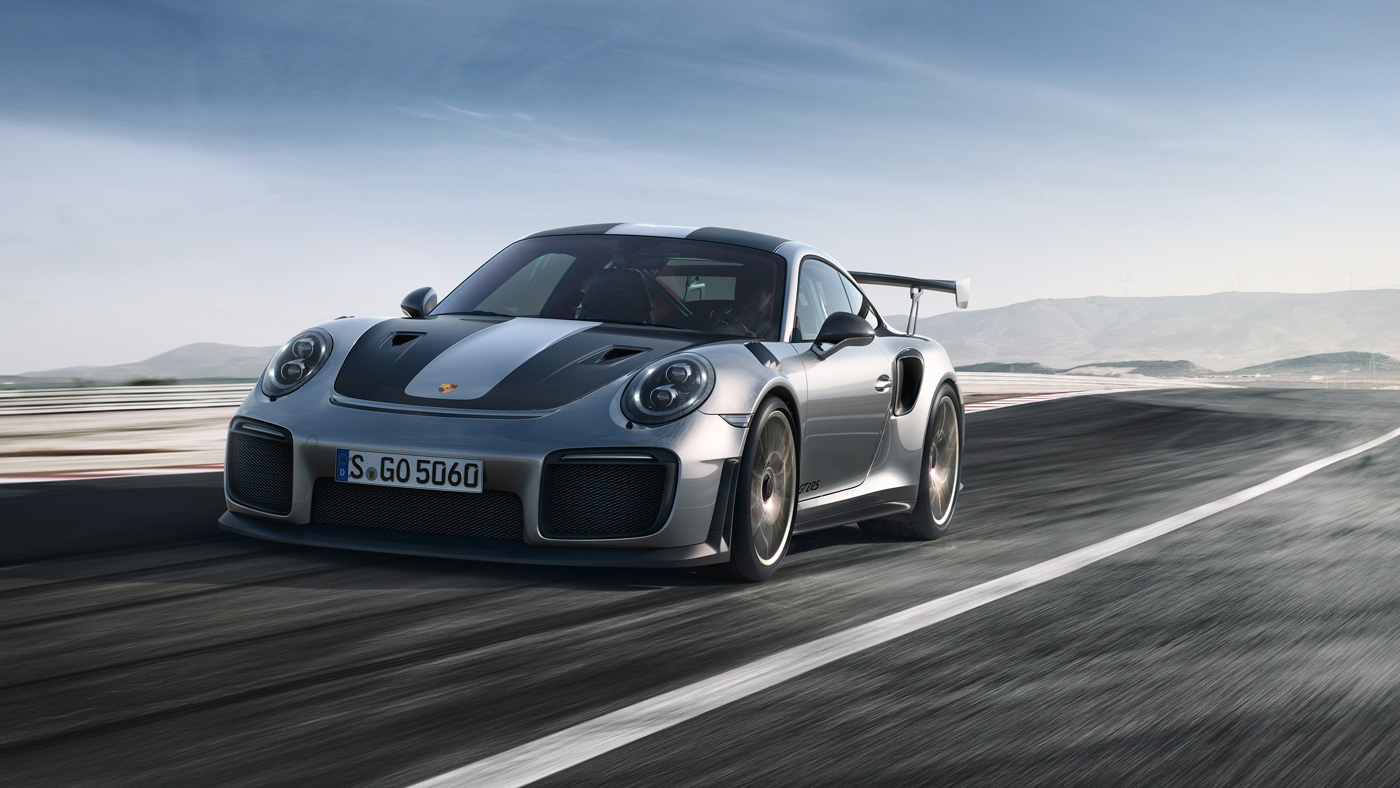 The GT2 RS, another temptation in Porsche’s pantheon of 911 variants.  Photo: Courtesy Porsche.

But even the more proletarian Porsche Cayenne SUV gets this treatment. I recently got a chance to drive the new, third-gen models. From the get-go, buyers will be offered a base model, the S, and the Turbo.

I really liked the S, which has an ideal blend of power. But even as I was driving it, I was already thinking about how it would perform as a GTS model, with a bit more power and finesse. So, if I were buying, I would almost certainly wait for the GTS. Well, almost certainly. Well…maybe.

And that new Cayenne Turbo model, too. It is certainly quick, but if you really want that blow-your-mind acceleration that Porsche Turbo models are famous for, wait for the Turbo S. That’s what I would do. Almost certainly… maybe.

Say you’re a lover of the Bentley Continental. The brand’s uber-model, the Supersports, recently dropped. It is 700 hp of howling, blast-down-the-freeway madness. Write the check now! But, wait. The totally new, next generation Continental is also on the way. We’ve seen it in real life, and boy is it handsome. The electronic and infotainment systems will be totally updated, and the expected upgrades to the power train will also be welcome. It’s no Supersports certainly. You’ll have to wait a good many years for that. So… 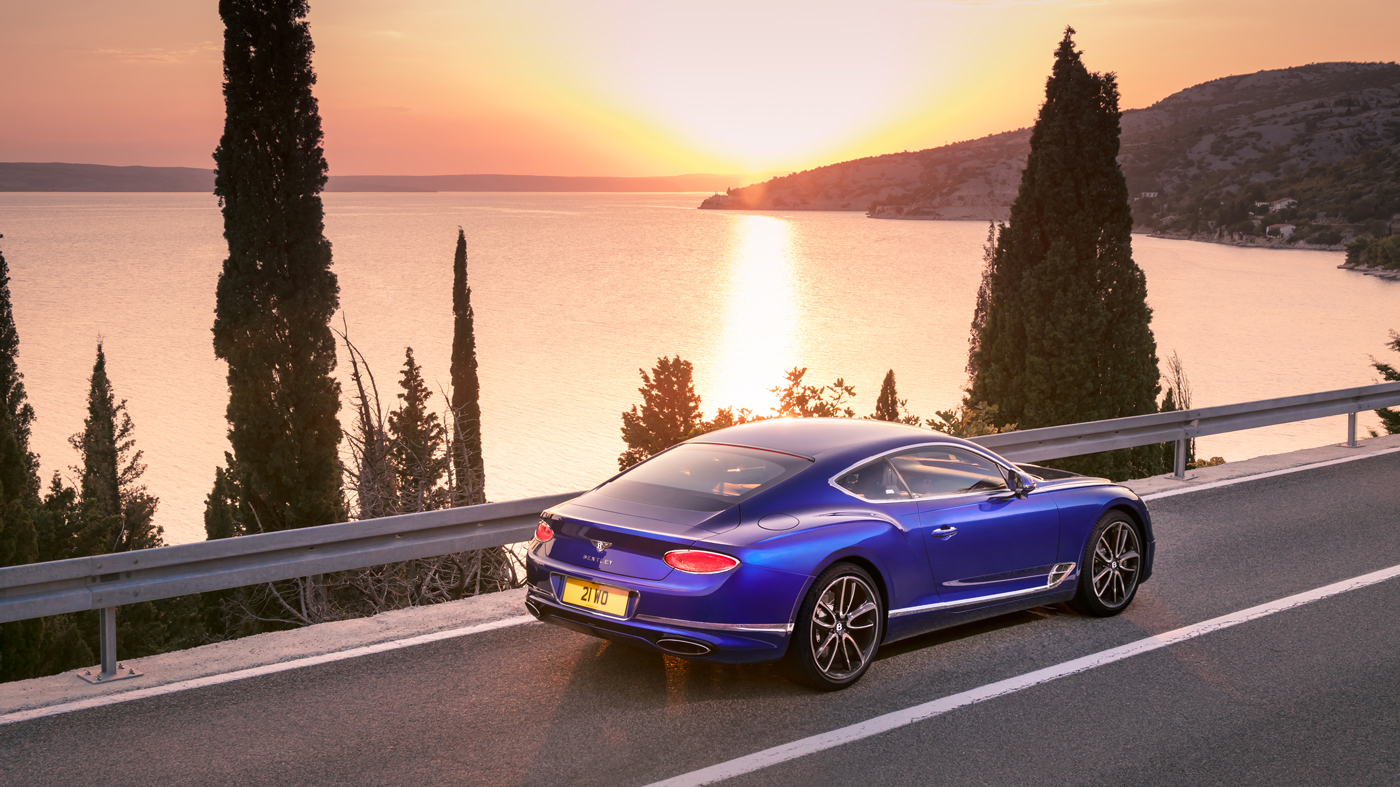 Had your heart set on the Bentley Continental Supersports? Now there’s the new Continental GT to make the choice tricky.  Photo: Courtesy Bentley.

How about McLaren’s new hotness, the 720S? It is fabulous, but surely the Spider version will eventually unveil itself. Then nobody will be buying the coupe anymore. The Aston Martin DB11, similarly, is available with a V-12 or V-8 option, but you could also go topless in the Volante model if you just hang on. Oh, the decisions!

Another caveat: The more special the variant, the more likely it will sell out. Supercar manufacturers have a sneaky penchant for showing off these special models to select customers before they’re even released publically. Which means once you hear about it, it might already be too late. So you’ve got to also consider your relationship with the company and your local dealer. For instance, in Ferrari land, you might look at yourself critically and decide how the company itself views you. Are there enough new Ferraris in your garage to qualify for the hardcore version of the 488 coupe that will likely show next year? Your dealer better know you by your first name. 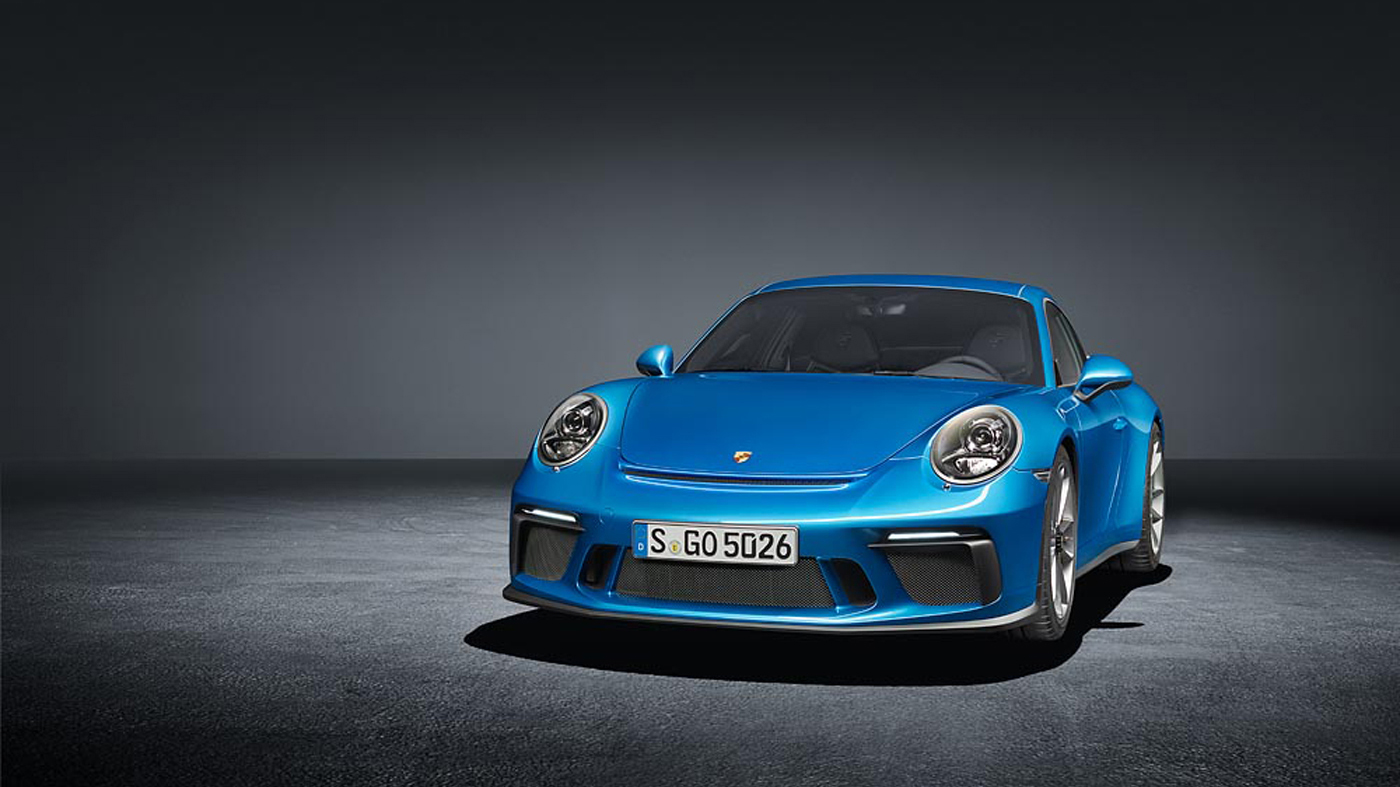 The ultimate fear is that by waiting too long, you’ll miss out on your own perfect specimen. Even then, there is some hope. Take our example of Porsche. It released the manual-only 911 R last year. Not only did it promptly sell out, but prices for used ones have gone stratospheric. So to try and reset the market a bit, Porsche has recently released the 911 GT3 Touring. It lacks some of the R’s features, but the basics—including the 500 hp, naturally aspirated flat-six — are the same.

While there are no set production numbers on the GT3 Touring, we do have one suggestion if you’re a Porsche purist who’s been holding out. Absolutely, certainly, and without doubt, buy now.