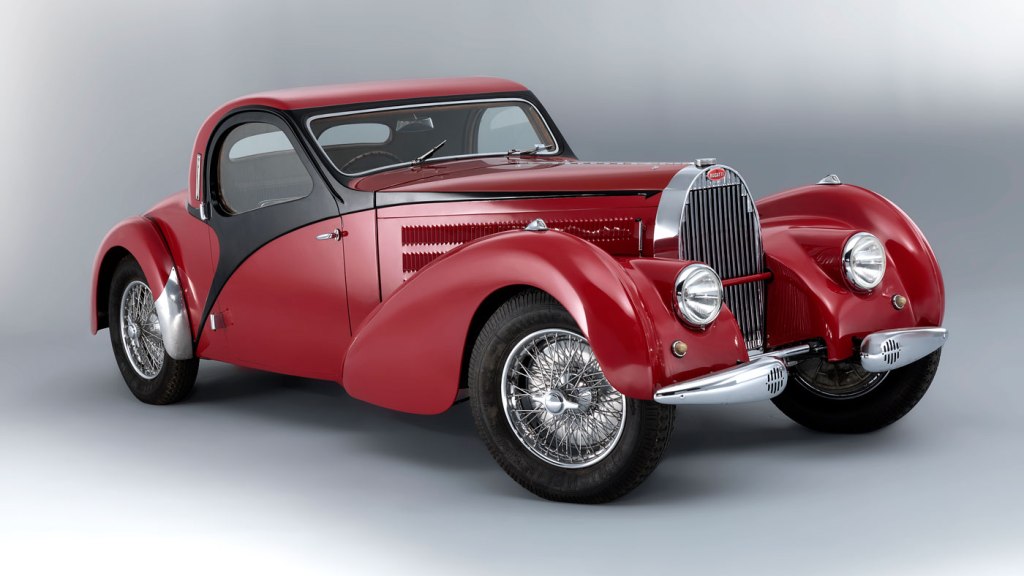 Some go to Paris in February for love. Others go to Paris in February because they love cars. The classic car event Rétromobile, which took place last month, drew tens of thousands to the French capital, and many registered to bid at Artcurial auction house’s annual automotive offering, held from February 9 through 11. Artcurial’s director, Matthieu Lamoure, says he and his colleagues work year-round to secure treasures for the Rétromobile auction.

A few examples were impeccably French. Lot 75, for instance, was a 1996 Citroën DS 21 cabriolet, which ferried General Charles de Gaulle around during his official visit to Djibouti. Scarce Ferraris, Maseratis, and Bugattis sparked fierce bidding wars, as well. Here are a few of our favorite cars that crossed the block for seven figures.

Sold for more than $2.9 million

A 1954 Maserati A6 GCS/53 Spyder with a body by Fiandri & Malagoli.  Photo: Courtesy Artcurial.

Lot No. 103 was a 1954 Maserati A6 GCS/53 Spyder with a body by Fiandri & Malagoli. It is the car that Turin-based racing driver Attilio Buffa drove in the 1955 Mille Miglia. Lamoure had the opportunity to test-drive it and has nothing but praise for the vehicle. “It’s an exceptional model. I would dream to own such a car and drive in historic races in this car.” And how does it sound? “Like a beast! Fabulous music,” he says, laughing. “The engine of the A6 GCS is a piece of art.”

Sold for more than $3.2 million

Ferrari built only 38 examples of the FXX, and purchase was by invite only.  Photo: Courtesy Artcurial.

Ferrari built just 38 of these cars, and it selected each owner, involving them in the development of the machine. The person who received this example (Lot No. 91) chose not to participate in the Ferrari development program and hustled the car straight into storage to keep it pristine. It’s had one other owner since then, and it remains as close to immaculate as can be. “It’s just 97 kilometers from new,” says Lamoure. “It was never used on the track. This car was used for only one kilometer in fifth gear, and the sixth gear was never passed. The buyer will enjoy the first time on the track and see it is like a new car.”

Sold for more than $3.5 million

While it’s not unique, this Bugatti (Lot No. 29) is breathtaking. Lamoure dubs it a “perfect representation of the golden age of French bodywork, and one of the most representative.” Its body was made from aluminum, which is unusual as the manufacturers at Bugatti tended to prefer steel. About the vehicle, Lamoure states: “It has a continuous history. We know all the owners of the car, including Charles Renaud, a collector in Switzerland, and Peter Williamson, a former Bugatti club president in the United States. It’s a very well-known car with a very well-known history.”