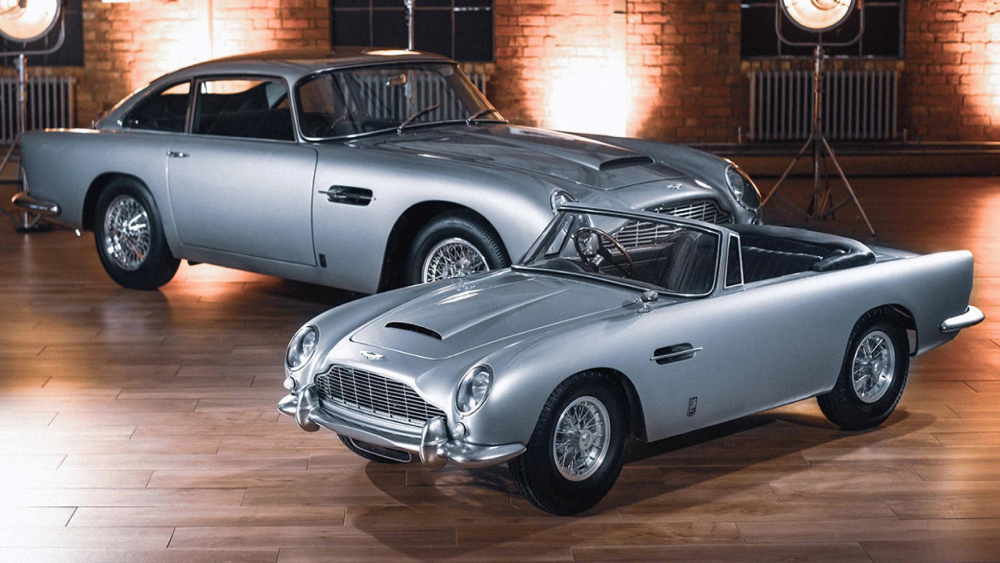 Every child should be introduced to the classics—not just Shakespeare and Miles Davis but the masterworks of the automotive world as well. Now, thanks to new examples of remarkably accurate and painstakingly crafted miniature vehicles, even kids who can’t see above a steering wheel have the chance to pilot a selection of iconic automobiles.

Starting around $60,000, the Aston Martin DB5 Vantage Junior from the Little Car Company in Bicester, England, comes dressed in the marque’s famous combination of Silver Birch over black leather and features replicas of the iconic Smiths gauges on the dash. From a distance, it’s enough to mistake the miniature rear-wheel-drive grand tourer for the real thing, until you realize it’s 33 percent smaller than the actual 1964 model. Power comes from a 13.4 hp all-electric system driven by two 1.8 kw batteries, which can be put to use via four drive modes: Novice, Competition, Expert and Vantage. The car even features a limited-slip differential and up to 40 miles of range (top speed, however, has yet to be determined). And, yes, it’s big enough for you to get in and give it a spin, too.

(Also on offer from the Little Car Company is the electric-powered Bugatti Baby II, a diminutive ride modeled after the 1920s-era Type 35 racer, a bespoke version of which we’ve selected as part of this year’s Robb Report “Ultimate Gift Guide”.)

The Bugatti Baby II, made in collaboration with the Little Car Company.  Photo: Courtesy of Bugatti Automobiles S.A.S.

If an appreciation for the sounds and smells of the combustion engine is part of the core curriculum, the Series 1 from the Netherlands-based Junior Dream Cars (starting at $22,000) will do the trick. A half-scale tribute to Jaguar’s famous E-type, the nearly eight-foot-long car features a working clamshell hood hiding a 120 cc four-stroke engine mated to four gears, which allows for a very grown-up top speed of 43 mph.