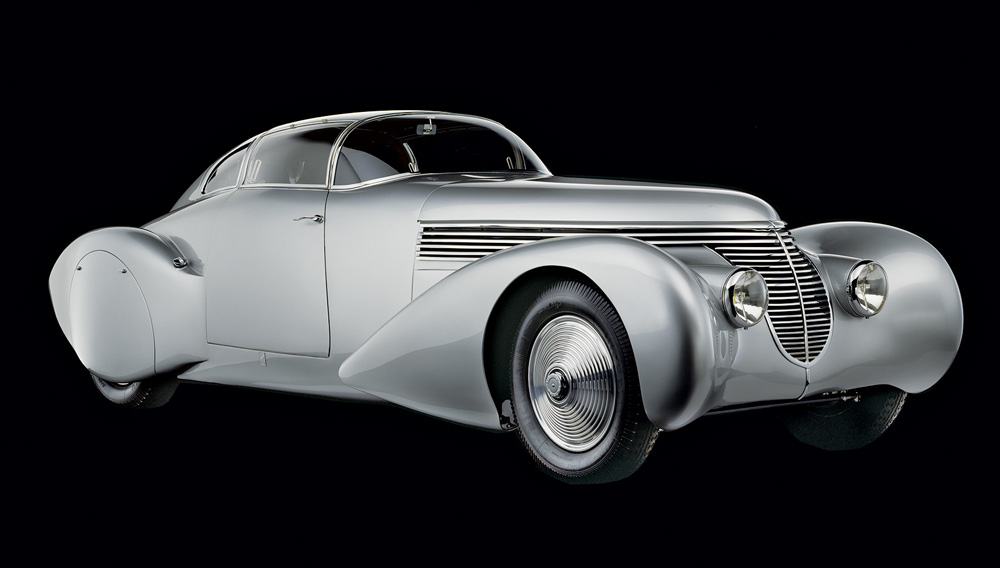 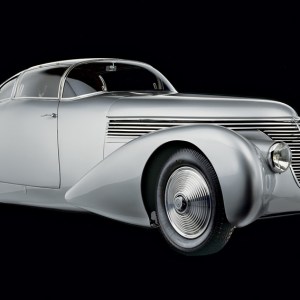 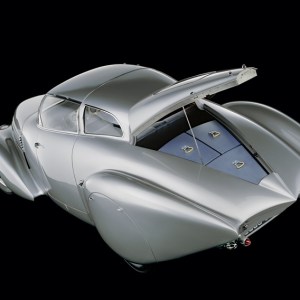 The one-of-a-kind Hispano-Suiza Xenia offered its occupants a smooth ride and a panoramic view of the road. Its aerodynamic body, the epitome of art deco style, was constructed by the French coachbuilder Jacques Saoutchik and penned by Jean Andreau, who designed aircraft as well as automobiles. Accordingly, the car resembles an aircraft fuselage and features the first-ever curved glass windshield, which combines with the curved side windows to evoke a cockpit canopy.

Under the bullet-shaped hood was Hispano-Suiza’s H6 engine, which was developed in the 1920s. It generated nearly 160 hp—enough power for the streamlined, lightweight Xenia to reach a top speed of 125 mph.

The car was commissioned by André Dubonnet, who named it after his deceased wife. Dubonnet was the son of Joseph Dubonnet, founder of the eponymous aperitif company. He was also a World War I fighter pilot, amateur racecar driver, inventor, and entrepreneur. He equipped the Xenia with a four-wheel independent coil-spring suspension that he developed and patented and later sold to GM, Alfa Romeo, and other automakers.

The cabin, lined in blue leather, included a rear seat that was cramped and stuffy but well lit thanks to the triangular window built into the radically tapering trunk lid. The trunk contains three precisely fitted pieces of Louis Vuitton luggage in a blue leather that matches the car’s interior.