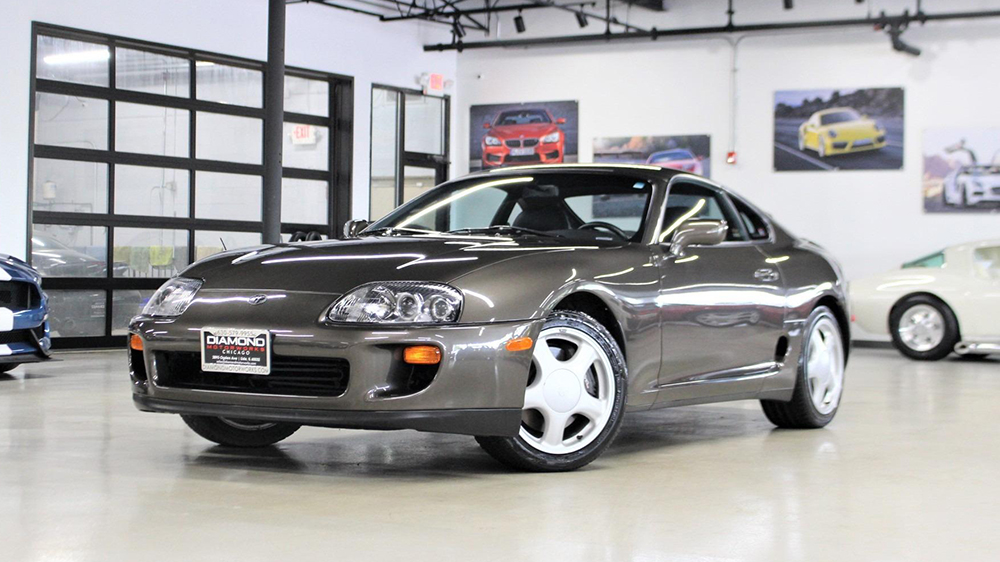 The mid-’90s Toyota Supra is so coveted among enthusiasts that there are some willing to pay supercar prices for it.

That’s why an exotic car dealership in Illinois, Diamond Motorworks, recently listed a gorgeous example from the beloved car’s fourth generation for $299,800. Why so much for this specific Supra? Because it’s fully stock and remains in nearly pristine condition 28 years after rolling off the line.

Although it was a favorite of the budget conscious sports car lovers dating back to the early ‘80s, the Supra didn’t really begin the ascent to legend status until 1993. That’s the year that the model’s fourth iteration, the Mk IV, was introduced. It featured a curvaceous design light years ahead of its predecessors and a surprising amount of pep under its long extended hood. Of course, the Supra’s reputation wasn’t just built on word of mouth. The fact that Paul Walker drove the vehicle in 2001’s The Fast and the Furious also played a pretty significant part.

This specific example dates back to the Mk IV’s first year of production. While it doesn’t feature the over-the-top spoiler closely associated with the vehicle, it’s has everything else, including a removable “sport roof.” It’s also finished in a rare coat of metallic Anthracite, which, from the looks of the photos, has been wonderfully maintained over the years.

Under the hood, you’ll find a 2JZ GTE twin-turbo inline six capable mated to a six-speed manual transmission capable of pumping out 320 horses. It and ever other major part are completely original; nothing has been swapped out or modified since it left the factory. A big reason or this is the fact that the car only has one owner, who managed to put just 9,683 miles on the car. It comes with a complete CarFax report confirming all of this.

If you’ve been dreaming of owning a practically new Supra Mk IV since you first saw The Fast and the Furious or you just love ’90s-era Japanese sports cars, you’ll want to get in touch with Diamond Motorworks soon. Its price may sound like a lot, but it’s also not unheard of for the sports car, either.