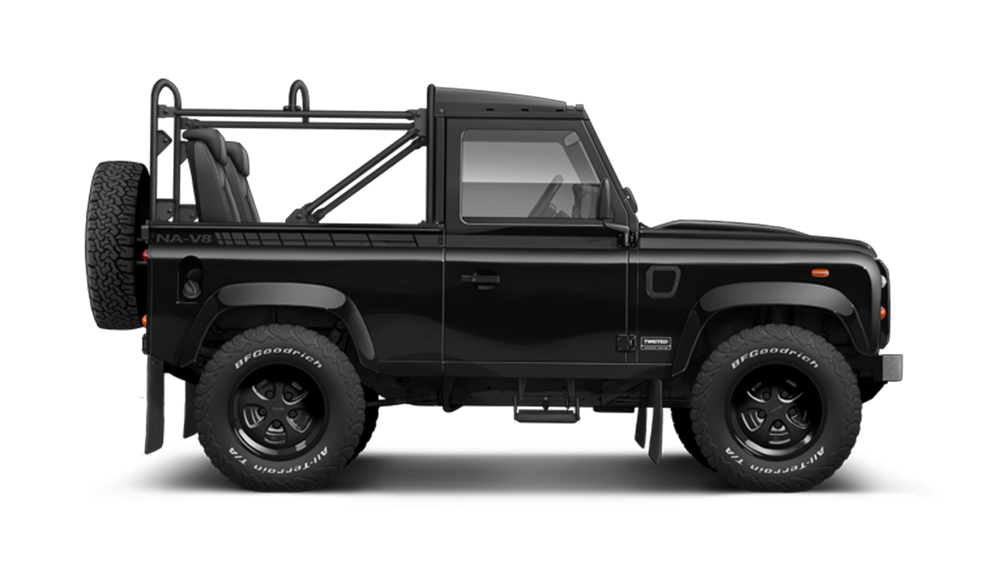 Land Rover’s decision to bring back the Defender was exciting news for SUV lovers. The new edition’s hardware and tech mark a huge evolutionary leap forward for the vehicle. Still, nothing quite compares to the looks of the classic model. Now, it appears that restomod specialists Twisted want you to have the best of both worlds: The tuner is offering a traditional Defender that’s been upgraded for our modern (electric) times.

Although based in the UK, the company’s North American wing will begin selling an electric conversion of previous-generation Defenders in the US, according to Car and Driver. And while these editions are not officially sanctioned by Land Rover, they do present the easiest way to get your hands on a zero-emission 4×4 from the iconic car.

Twisted’s Virginia outpost already sells Defender outfitted with a 6.2-liter GM V8, but it plans to start selling the all-electric NAS-E in the very near future. The zero-emission SUV will be powered by a transplanted electric drive train made in collaboration with Dutch company Plower. The drive train features a single electric motor and is devoid of a conventional transmission. Despite this, drivers will still be able to select gears to make off-roading easier. It will also be available in two versions, one that 214 hp and 280 lb-ft of torque and another that offers 320 hp and 339 lb-ft of torque.

The underside of the Twisted NAS E  Twisted

The tuner has said the vehicle will have a battery capacity of 60 kWh and a photograph of the vehicle’s undercarriage suggests it will feature two separate battery packs. While Twisted has not announced any charging info, it did say that the vehicle will have a range of 200 miles, which isn’t too shabby for an off-roader. (It must be noted that it’s unclear how the company arrived at this estimate, and European range figures tend to be higher than the final EPA number.)

It’s currently unclear, how many of NAS-E 4x4s Twisted will produce, but the auto magazine reports that the company spent $10 million acquiring 240 of the final Defender. Initially the electrified Defender will be available in three colors, Malibu Yellow, Yosemite Green and Tahoe Blue. The standard NAS-E starts at $185,000, while the more powerful NAS-E Plus starts at $210,000. You can register your interest in one of the vehicles with Twisted now through its American website.