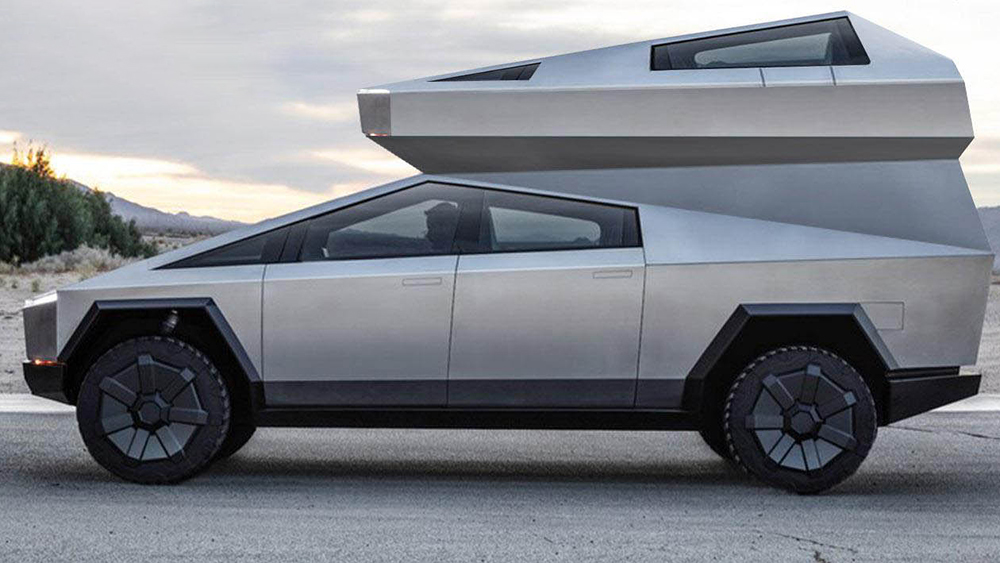 Shortly after Elon Musk unveiled the Cybertruck, he released two outdoorsy add-ons specifically for camping. But that hasn’t stopped one plucky concept artist from creating a camping config that may even outshine Tesla’s designs.

The Canadian artist posted the renders to a Cybertruck fan website, known as Cybertruck Owners Club, where a bunch of other curve averse creations reside. The “Cyber Camper” sees the Cybertruck’s singular “monoplane” design extend to a canopy that is attached to the rear of the vehicle.

There is a “solo” and a “duo” option, both of which can be secured to the Cybertruck’s vault to provide sleeping quarters.

The concept is certainly reminiscent of Tesla’s self-contained camper config, which was released last December, but appears to be more structurally integrated. Whereas Tesla’s version is basically a pop-up tent that sits atop the 6.5-foot-long bed, this concept looks to be crafted from the same stainless steel alloy as the truck.

“These renders need work but I want something in the vault so there is no need to tow and it can travel almost anywhere,” the designer said. “A camper style like this by Tesla or third-party companies would be amazing.”

Indeed, the utilitarian design, which looks a little futuristic hearse, would be far more conducive to off-roading than a standalone trailer. Though Musk has envisioned one of those, too. His take on Airstream has only been shown off as an exterior rendering, so the layout and interior features remain a mystery—for now, at least.

Whatever camping config truckers like best, there’s bound to be a bit of a wait. The Cybertruck itself is not due to roll out until late 2021, but it’s estimated that more than half a million of the allegedly bulletproof electric pickups have already been pre-ordered. Hey, at least that gives a few more artists time to churn out concepts that keep Elon on his toes.