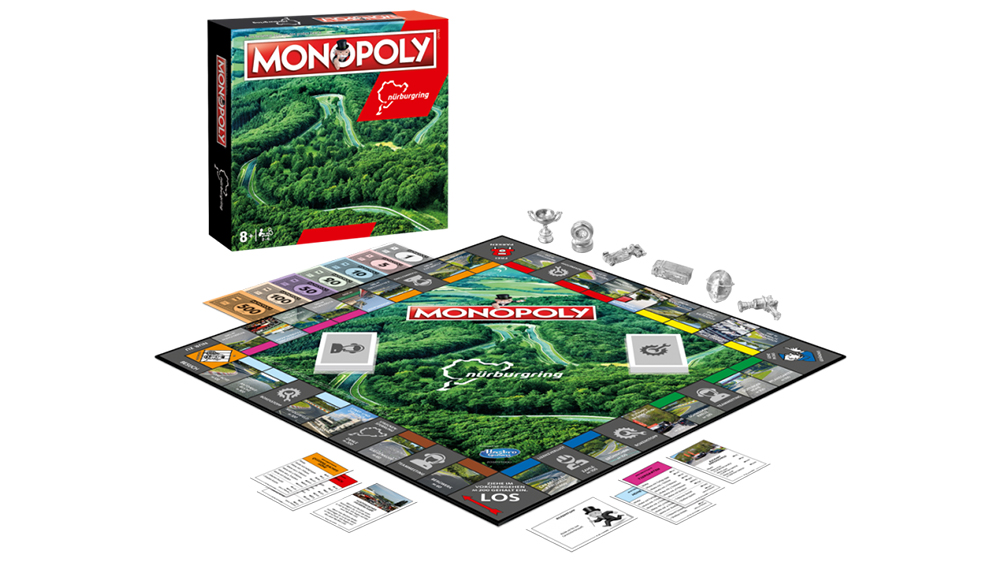 Few drivers ever get the chance to experience the legendary Nürburgring race track in Germany. But this holiday season, Hasbro wants to make every speed junky’s driving dreams come true—or at least pass Go. The company has licensed a Nürburgring-themed version of Monopoly in time for the giving season.

The world’s most notoriously difficult race track and iconic real estate board game may not seem like a natural fit, but the unlikely mixture could make it a welcome stocking stuffer for the auto obsessive in your family.

So how exactly does a “Green Hell” version of Monopoly work? Much the same way as any other edition of the board game, though this one has a giant photo of the Nürburgring’s most famous corner, the Carousel, at its center. Players move around the board using special race-themed figurines attempting to buy specific sections of the course. While in the standard version of the game players would be purchasing buildings, here they’re buying actual corners and grandstands like Flugplatz, Metzgesfeld, or Galgenkoff. Oh, and the pieces they use include items like a trophy, a tire and an F1 race car.

“Go on a journey through the Green Hell and follow in the footsteps of great legends like Jackie Stewart, Niki Lauda or Stefan Bellof,” the description on the race track’s website reads. “Become owners of unique sections of the track that drive up the adrenaline levels of numerous amateur and professional racers every day. Discover historic passages that have given the [track’s “North Loop”] Nordschleife a reputation as an awesome and ruthless track.”

One possible sticking point: The game is currently only produced in German. But hey, in the Monopoly universe, money and real estate are like Esperanto. (Get yourself a German-English dictionary and you’ll be fine.)

Nürburgring Monopoly is available for purchase now through the race track’s website. It has a price tag of €44.95 (about $50) plus shipping.