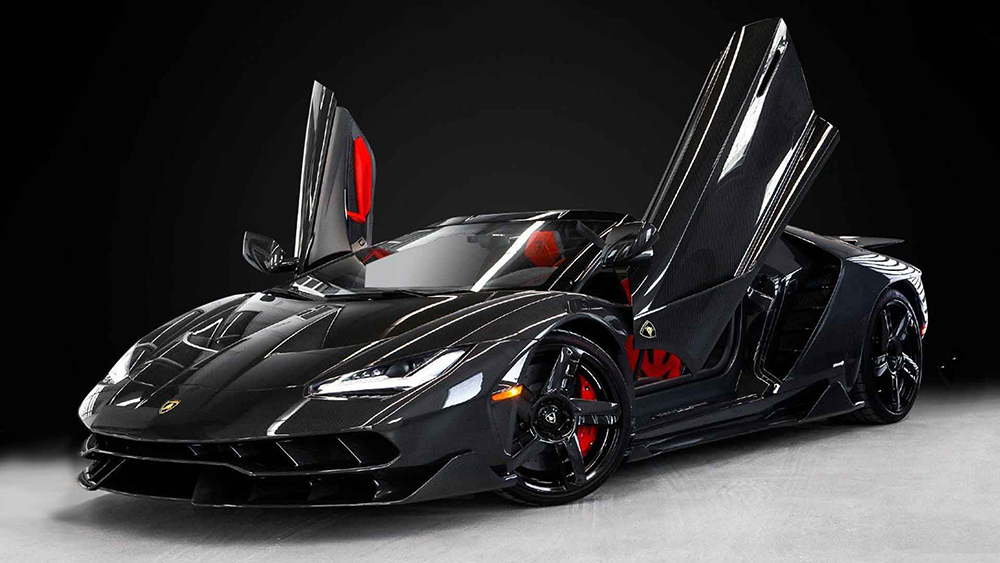 Lamborghini’s Centenario Roadster is arguably the marque’s most sentimental model. Launched in 2017, the special-edition supercar was conceived to commemorate the would-be 100th birthday of company founder Ferruccio Lamborghini. Just 20 examples were built and, consequently, getting your hands on one of the rarities is difficult, to say the least. Astonishingly, one has just been listed for sale.

The mint-condition raging bull comes standard equipped and has just 369 miles on the dial. It sports a lightweight carbon-fiber body and rotatable rear wing to give it an aerodynamic edge, as well as a gleaming jet-black paint job that adds tons of sex appeal. Of course, Lambo’s signature sleek lines and elegant curves are also expressed with full force.

Under the hood, the drop-top packs a tuned version of the Aventador’s ferocious 6.5-liter V-12, which delivers 770 horses to send the land missile from zero to 62 mph in just 2.9 seconds. With a weight-to-power ratio of 4.34 lbs per hp, the car can reach 217 mph at full pelt. This makes the Centenario one of the most powerful convertibles ever built by Lamborghini. To harness all that grunt, the roadster is fitted with carbon-ceramic brakes which can bring the car from 62 mph to a complete stop in only 102 feet.

The Centenario also features the automaker’s first rear-wheel steering system. This allows the car to nimbly navigate sharp turns and gives the driver greater control of the vehicle. The setup is enhanced by a twin-plane front splitter which helps keep the nose glued to the road.

Inside, the car’s cabin is finished in “rosso” red with black accents and features a 10.1-inch touchscreen display. It’s also fitted with a state-of-the-art infotainment system, satellite navigation, iPhone connectivity and telemetry analysis.

Of course, all that supercar comes at a cost. The 2017 Centenario Roadster is being offered by Grand Touring Automobiles of Toronto at an asking price of $3.7 million.