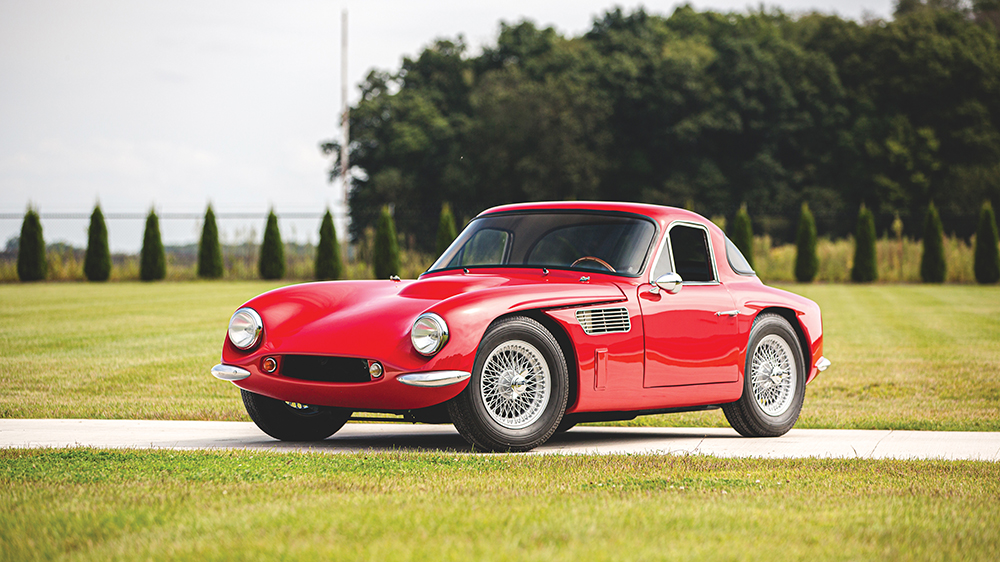 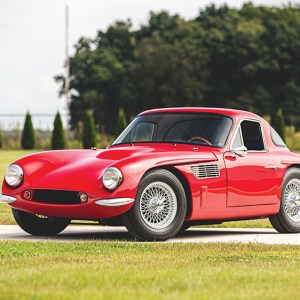 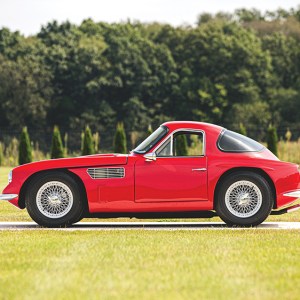 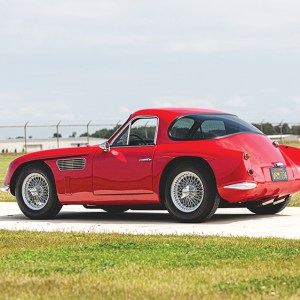 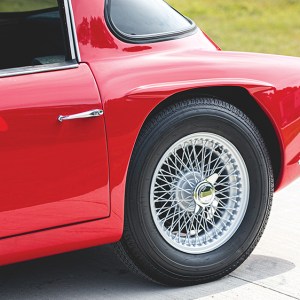 It takes a brave man to think they can design a better sports car that Carrol Shelby. Jack Griffith was one such man and the Griffith 200 was his attempt to best Shelby’s AC Cobra. And now one of the earliest known examples of the sports car can be yours.

A prototype of the 1965 TVR Griffith 200 is going up for auction in early May during RM Sotheby’s Elkhart Collection event. The third “development” version of the car, the Ford-powered speedster is one of the most historically significant Griffiths still in existence.

Describing the Griffith 200, a previous owner of this car once said, “Take a Cobra, make the tires skinnier, keep the power, and put it in a fiberglass shell that’s very lightweight.” And it’s hard to think of a more apt description of the sporty speedster. Using the TVR Grantura as its base, this particular example, chassis no. 200/5/002, is powered by a 4.26-liter Ford V8 mated to a top-loader four-speed manual transmission. The production version of the car featured a 4.6-liter V8 from Ford, making this version especially rare.

This prototype would be the basis for the 261 Griffith 200s that were eventually produced. The car has passed through the hands of two private owners, the second of which held on to the car for 50 years. Kept in a garage for most of that time, the vehicle has always been maintained in good running condition and comes with several crates of spare parts accumulated over the decades.

Offered without reserve, the Griffith 200 will hit the block at RM Sotheby’s Elkhart Collection sales event on May 1 and 2 in Auburn, Indiana. As of now, the auction is still scheduled to take place, though a number of similar events have been delayed because of the coronavirus outbreak. While it remains to be seen whether the event can actually be held, RM Sotheby’s has taken other auctions online, like the just-completed Palm Beach sale. So, you may be able to bid on Griffith 200 either way.