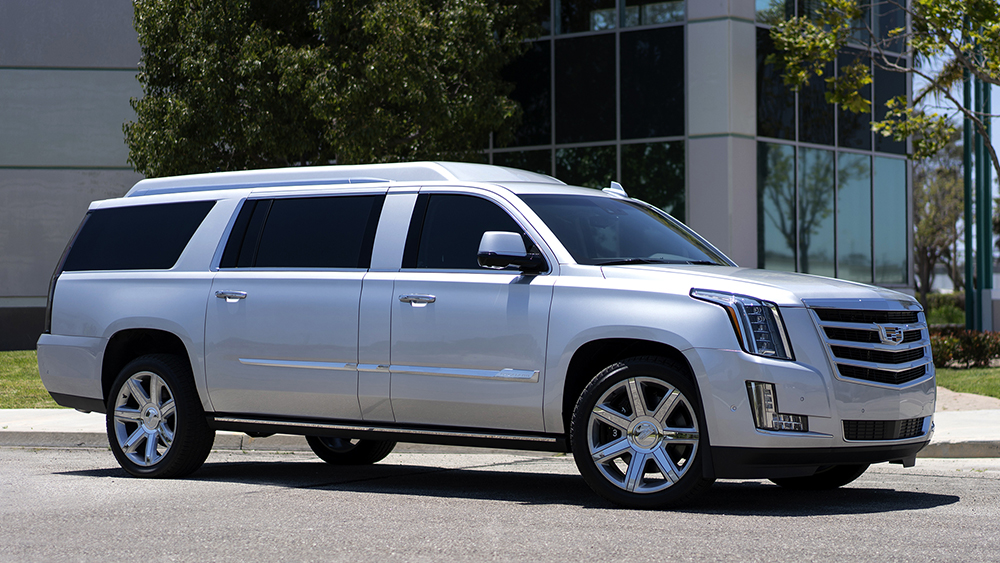 It turns out Bill Belichick and the New England Patriots aren’t the only things that Tom Brady will jettison this offseason. The NFL’s greatest quarterback has decided to part ways with one of his favorite vehicles as well. Now his former ride, a 2017 Cadillac Escalade, could be yours.

As you might expect, this is no regular old Escalade. Rather, it’s a heavily modified ESV edition designed specifically to the QB’s exact specifications by Oxnard, California-based Becker Automotive Design.

So, what have the VIP specialists done to the luxury SUV? The most obvious change is that it’s bigger. Becker stretched the car by 20 inches and, because of this, extended the rear doors by 10 inches, according to its sales listing. Those changes help maintain a proportional appearance for the vehicle despite its blown-up proportions. The roof was also raised by five inches and enforced with steel support ribbing so that it exceeds US Federal Safety Standards and Crush Resistance Laws while providing optimal rear passenger headroom. This isn’t just an SUV for a QB; it can fit his entire offensive line, too.

“Parting ways with my Becker ESV won’t be easy. From day one it became my sanctuary from the outside noise,” the Tampa Bay Buccaneer star is quoted as saying in the listing. “I took pride in picking out all the customizations of the ESV; from the trim of the seats to the color of the rug. With such limited time in my busy schedule, the ESV gave me those extra minutes to study my playbook, make phone calls and be with my family. Immediately my productivity went up and my stress came down. I hope the next owner will take great care of her; she will always be a part of the Brady family.”

If you want to get behind the wheel of Brady’s 2017 stretched Becker Cadillac Escalade ESV, be prepared to splash out some serious cash. The future Hall of Famer’s SUV cost $350,000 when it was brand new, but it can be yours for $300,000 just three years later.