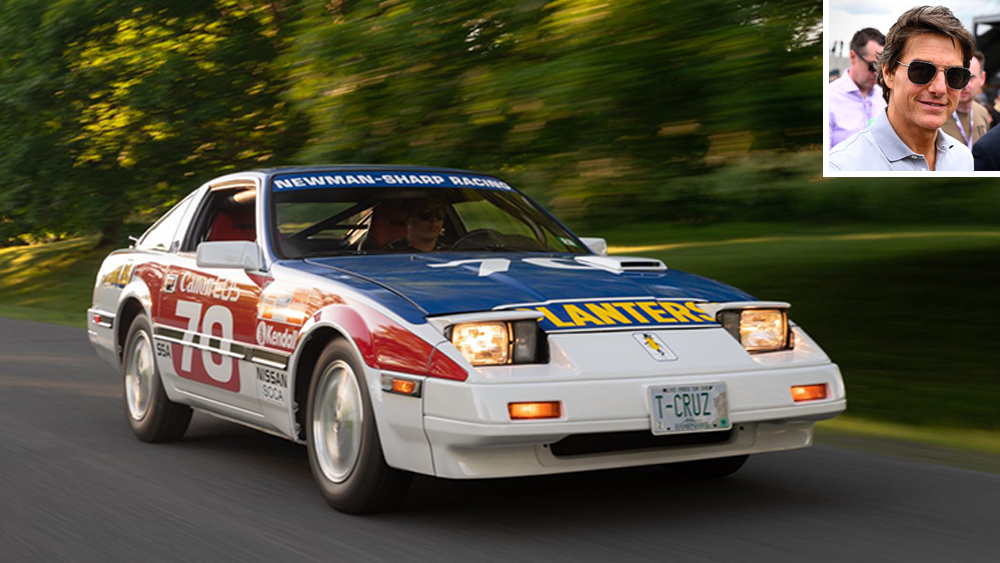 Tom Cruise didn’t just play a race car driver in a movie, he actually was one.

During the late 1980s, the Days of Thunder star raced competitively for a brief moment in time. And now the beautifully restored 1984 Nissan 300ZX he would careen around the track in is up for auction on Bring a Trailer.

Cruise’s dalliance with motorsports dates back to the filming of The Color of Money, which he starred in alongside one of Hollywood’s most racing-obsessed actors, Paul Newman. The then-young actor would end up driving for the silver screen icon’s Newman/Sharp Racing team in Sport Car Club of America’s Showroom Stock A class. Unfortunately, Cruise’s talents were better suited to the box office than the track. He quickly earned himself the nickname SCCA (which in this case stood for “See Cruise Crash Again”) because of his overly aggressive driving style. By the end of the decade, he’d put racing behind him to focus on what he does best.

Cruise’s race car fell into disrepair and was reportedly “kept in a scrapyard for several years” before its current owner acquired it in 2004, according to the auction listing. The owner commissioned a full refurbishment that included a bear-metal repaint of the car’s original no. 70 Newman/Sharp Racing livery. The 300ZX was already one of the best-looking sports cars of the 1980s, but it looks even better in red, white and blue. Inside, you’ll find a 6-point roll cage, racing seats with harnesses and a two-spoke steering wheel. Everything is how it was when Cruise drove the car, even the wooden block taped to the brake pedal to make it “appropriate for a driver of shorter stature.”

The car, which has 5,000 miles on the odometer, is powered by a period-correct 3.0-liter V-6 that sends power to the rear wheels via a 5-speed manual transmission. Nismo sway bars, MSA suspension bushings and Tokico springs and shocks were added during the refurbishment. One thing to note, this car isn’t street legal, so you won’t be able to show it off around town. The local race circuit is another story, though.

If you’re interested in adding Cruise’s race car to your collection, the auction runs through Monday afternoon. Bidding had reached $20,000 as of press time, but considering the car’s provenance and condition, we wouldn’t be surprised to see it climb even higher.